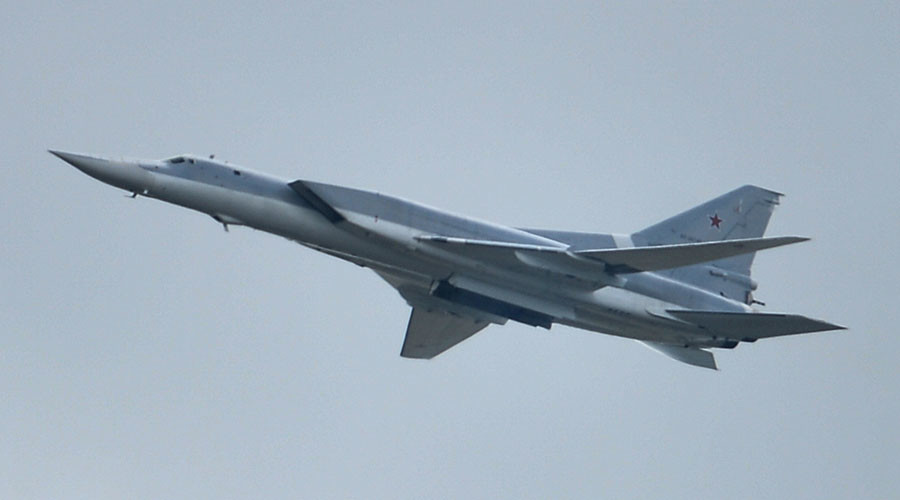 Six Russian strategic bombers (Tupolev Tu-22M3) have conducted air strikes against a major ISIS camp and ammunition depots in Syria, the Russian Defense Ministry (MoD) reported on July 12. According to the MoD, the strategic bombers flew from Russia’s southern air bases and returned home after the operation.

The report says that the strategic bombers passed through Iranian and Iraqi airspace and delivered concentrated high-explosive ammunition airstrikes on targets east of the towns of Palmyra and As Sukhnah, and the village of Arak.

Six were used? I thought there weren’t many of these in operation. Seems like a high percentage of such a strategic aircraft to use on a single mission.

Also, it doesn’t hurt to practice using them in a real world situation. It is in effect, killing two birds with one stone.

Thanks for the info. I thought the number was more like 40. I hope they had a fighter escort too keep the US / Turkey from getting any ideas.

They flew through allied air space. Also, they turkeys have changed their “strategy” now that they realised their idiocy.

you may have been thinking of the Tu-160 swans, there are only about 16 of them. they also look sort of similar, being large, long, and with swing wings.

Ah, yes, that very well what I could have been thinking of.

Another load of assorted trash taken care of and incinerated down to landfill material.