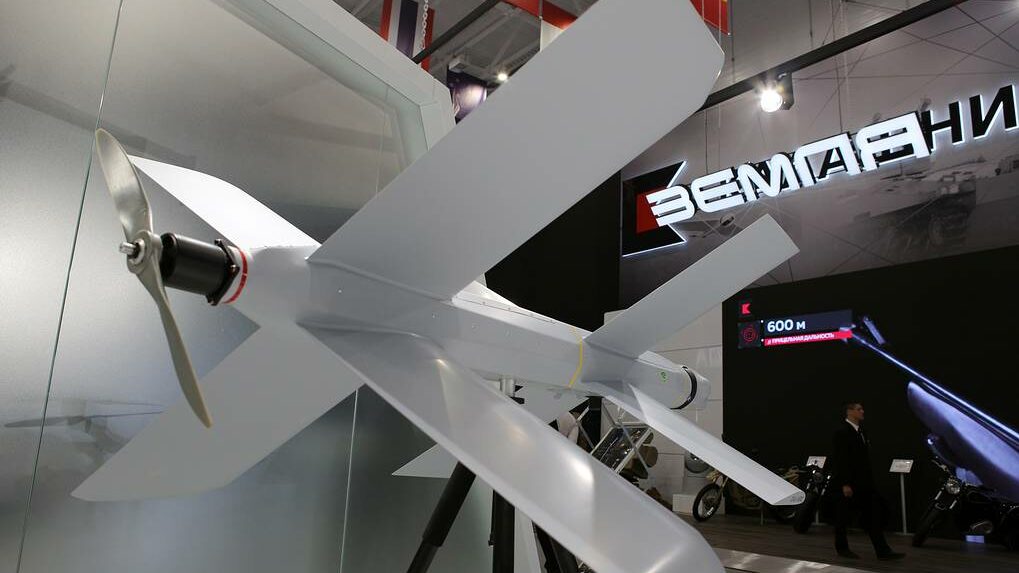 The Russian military continues to use Lancet loitering munitions to take out high-value equipment of the Armed Forces of Ukraine (AFU) with great success.

The ZALA Aero Group, a subsidiary of Russia’s defense giant Kalashnikov Concern, produces two versions of the loitering munition, the Izdeliye-51 and Izdeliye-52.

The Izdeliye-52 is the base version of the Lancet with an endurance of 40 minutes and a three-kilogram warhead. The Izdeliye-51 is an improved version that features a more aerodynamic design with extended X-shaped wings which enable it to stay in the air of up to an hour and carry a warhead weighting five kilograms.

Both the Izdeliye-51 and Izdeliye-52 are equipped with an elector-optical system and a two-way data-link. This allows them to detect, track and lock on static and moving targets.

The Russian military has been using loitering munitions against the AFU since the beginning of the special operation in Ukraine. The small radar cross-section and minimal infrared signature of the Lancet makes it nearly impossible to track or intercept.

The RF should step up the production of Lancets and thermobaric weapons. This is how you win a field war.

They’re being too nice and considerate towards the Ukrainians. Were this the US and they would’ve followed the Fallujah script. Bomb a city indiscriminately, surround it with artillery, reduce it to rubble, then cover it in white phosphorous. That’s exactly what happened to Fallujah and no one batted an eyelash. Yet Russia targets a garage in a civilian building, where APCs and a couple of T72 are hiding, and all hell breaks loose. They should just stop tip toeing through the tulips and send Ukraine back to the ice-age. Literally. Reduce it to rubble and let winter do its thing. The pressure of millions of refugees heading towards the EU would be karmic retribution for the destructive role the EU has and continues to have in this conflict.

I think the warhead is low yield . It’s either not completely destroying the target or causing only partial damage , Russians should upgrade it to cause maximum damage to em Nemy equipment and men .

Azov is not an Ukraine sea
Reply to  Xyz

It is enough to take out of service! Notice that Lancet has hit the cabin of the Caesar where computers are deployed.

the main thing is to disable, and then study them.

Shaped charges are quite effective at destroying armour and the interior of armoured vehicles. It might seem low yield on the outside, but inside there’s a supersonic cloud of expanding molten copper tearing and igniting everything in sight.

V for victory
Reply to  AntoninArtaud

Perhaps, but the incendiary effect could be better, even if paradoxally, the only target totally destroyed was the Osa missile system in its hangar.

You’re right. Caesar is one thing and the M777 is another. For the M777 better a direct hit on the main chassis or a napalm incendiary would be better.

Russia suicide drones really work well , Ukraine armed force has heavy loss of life and equipments, sad US and UK will sell their widows and daughters as prostitutes and sex slaves in US and UK.

I am from Kongo

No K in Congo.

Russian forces are in Abkhazia Moldova, Ossetia, Nagorno-Karabakh, Syria, Ukraine, in addition to the huge Russian territory. Every bridge, railroad, electrical and radio transmission and production structure must be eliminated. Stalin said that quantity is also quality. Ukraine has a much larger number of soldiers so they shouldn’t be allowed mobility. Walking backwards just to get momentum.

Russia suicide drones really work well , Ukraine armed force has heavy loss of life and equipments, sad US and UK will sell their widows and daughters as prostitutes and sex slaves in US and UK.

sure, but with a mostly destroyed ukro air defence and the most of heavy ground forces armament in few months, the recapture will go easyer.

Do not worry, Russians will come from the direction of DNIPRO to retake Kherson. When they arrive, there will be no Ukrainian soldires in the vicinity. 😁

The drone flyers are a bit noobie seeing they mostly attack the engine area or the Canon (thick metal – nothing happens to it). They should go for the supply truck near by or the group of operators… Dumb as f00k

Then why did they leave it Behind ?

Lancets proving to be the real gamechangers the MSM zionst media parrots about all the time. A lancet variant with passive radar seeker would be even better against air defense. Unleash Ababil, Geran-2, Lancet and game over for Ukrop air defense. RUAF will have complete air superiority and ground offensives will commence with full force

right. but russia must boost imports and self production of all kinds of these drones and loitering ammo, so than in few months they could destroy the most of ukros air defence and heavy ground forces armament, than a full scale offensive in direction of odessa, dnipro and charkiv can start next spring with finishing all off till summer-autum next year.

These short/medium range mobile SAM like SA-8 OSA, BUK-M1 and SA-6 KUB are the biggest threat to Russian Airforce. Once they are eliminated in large numbers, RUAF can destroy the remaining S-300 with lancet/KH-31 and finally achieve full air superiority.

Once Russia achieves air superiority in Ukraine. It’s 100% game over for UKROPS. It’s already almost game over without electricity or water.

Russia has air superiority you moron. Why do you think they fly freely with reconnaissance drones designating targets for their loitering weapons? Why do you think Ukies can’t stop even one kalibr? Just another wannabe 14-year old geek without friends.

refrain from insults and argue in a classy and polite manner. russia definitely does not have full air control yet, because the ukros still have dozens of s300, buk, etc, as well as thousands of igla, strela and stinger manpads. there is still a lot that needs to be destroyed and a danger for rus airforce. anyway, you should use the air force sparingly, because each aircraft or heli up to costs tens of millions, while little drones and loitering ammo only cost a few hundred to a few thousands of usd.

sure. but before russia should destroy all the supply routes like railways, railstations, airfields, main roads, ports and high ways in western ukraine, so the western supplies would fall near zero and ukros running dry in few weeks.

Imagine what Russian Army will do once air superiority is achieved for good. Lancet and Geran-2 just need to take out remaining buk, osa, kub and s300s and game over Ukropistan :)

Ukraine was defeated in week 4 of the SMO. You are utter incompetent. Russia is fighting a mix of Ukie conscripts and foreign mercenaries. What a joke you are.

One day in the not too distant future these hungry birds of prey will eat the carrion in apartheid, occupied Palestine.

Karma cannot be avoided, ever.

a cheap but effective weapon. but as many videos proof, they should at least double the warheads payload, because many targets get mostly only damaged, and not totally destroyed, so if the enemy can bring them back to his repair units or factorys, they can repair the most, canibalise or use for spares.

The old time syrian ‘double tap’ would work very good here also. Just send 2 Lancets for every target and that you can be sure target is out of business.

Russia has more tricks to pull out of her hat. NATO hasn’t revealed itself yet

didnt the western media, press and defence ministers, mainly the british, us and european, tell us since months that russia is soon running out of ammo, missiles and drones? seems that they urgently should stop sniffling the white stuff or smoking crack.