Secret negotiations are ongoing in Moscow and Damascus between representatives of the Syrian Kurdistan Workers’ Party (PKK) and Russian officials concerning the fate of Kurdish militants in Syria. The Kurdish delegation is hoping that Russia – and not the US – will adopt the role of guarantor of their safety and is trying to gain a few more concessions to reduce their losses when the Syrian government forces regains complete control of al-Hasaka province in Northeast Syria.

This will happen only when the US establishment finally decides to pull out its last soldier and ends its occupation of al-Hasaka. PKK representatives have offered a “road map” meant to include promises of protection, the sharing of wealth and the security of borders with Turkey. The US is trying to offload responsibility for the Kurds’s safety onto Turkey, while Turkish President Recep Tayyip Erdogan has rebuffed US requests to offer this kind of protection to his PKK enemies in Syria. Erdogan is evidently putting his strategic-commercial alliance with Russia ahead of his turbulent NATO alliance with the USA.

The Kurdish militant group known variously asYPG, the People’s Protection Units, and the PKK (Syrian branch) is convinced the time has come to climb off the US’s shoulders onto Russian ones since Washington has decided to drop them off the Turkish cliff. Nevertheless, Syrian officials are also determined to give no concessions to the Kurds notwithstanding the Russian mediation with Damascus.

The militants Kurds of Syria have only now begun to realise how vulnerable their position is: they are weaker than ever due to the US decision to withdraw and the naïve requests – formulated by both US Secretary of State Mike Pompeo and National Security Advisor John Bolton – for Ankara to offer protection to its sworn enemies. It looks like officials in Washington have no plans for the Kurds. Indeed, while the US is expressing concern about the Kurds it would like somebody else to look after them. The US shows little appreciation for the sacrifices made by YPG militants – who have acted as human shields for the American forces during their time in al-Hasaka province in northeast Syria – and the thousands of casualties they have suffered. Even worse, Trump laughed about Kurdish fighting capabilities by sarcastically saying the Kurds “fight better when we fight with them and when we send 30 F-18’s in front of them”.

So the Kurds have finally learned their lesson and would like to be part of the Syrian state. They have seen the world watching – impotently, unwilling to intervene against Turkey – the exodus of hundreds of thousands from Afrin. They have heard Trump’s decision to abandon them. With his departure their dream of Rojava, the long awaited Kurdish state, evaporates.

For Damascus, had Turkey occupied the north of Syria, it would have been possible to exert diplomatic and international leverage on Ankara to force its departure from Syrian territory. At the same time, it would have been almost impossible for the Syrian government to force an early departure of the US forces had these established themselves in Afrin or al-Hasaka, offering a platform for Israel to use the Levant by benefitting from American infrastructure in the area.

President Bashar al-Assad has said to the Russian negotiators that “Syria belongs to all Syrians and the Kurds are part of Syria. Therefore they should not enjoy more or fewer rights than any other citizens. They will be given identities but are not entitled to any special concessions”. Moreover, Assad has agreed not to consider the Kurds as traitors despite their protection of the US occupation forces. He has insisted that the only force operating on the national territory be the one belonging to the Syrian army under the control of the central government.

The Kurds welcomed the Syrian army in the area still under their control. Turkey has accepted to keep its forces and those of its Syrian proxies away from Manbij as long as the Kurdish militants are disarmed. Russia proposed and obtained the withdrawal of the Kurdish forces, re-establishing its observation posts, patrolling west of Manbij. Erdogan still hopes to reach a deal over North Syria during his forthcoming meeting with President Putin, expected sometime in January. The presence of thousands of Syrian jihadists and armed proxies at the gates of Manbij is further weakening the Kurdish negotiation position. They have no other place to seek refuge but in Damascus.

President Erdogan has managed to keep a balance between his relationships with Moscow and Washington even if his choices in Syria seem already made. Russia offers a stable durable and equal economic and strategic partnership with Turkey whereas the US has no consistent friends at all, only common interests. Moreover, the US forces have armed the Kurdish militants, the enemies of Turkey, where Russia will agree to disarm them and put an end to their military power. Trump’s apparent willingness to revoke any deal (the Iranian nuclear agreement) or give up on his allies (the Kurds) is helping to push Turkey into Russia’s arms.

If the US agrees to donate the weapons it has equipped the Kurds with, this arsenal will happily end up in the Syrian army inventory. If not, the Kurds will be vulnerable to the 1500 remaining ISIS fighters on the Euphrates river, particularly if the US disarms the Kurds and pulls out before the arrival of the Syrian army. The forces of Damascus and their allies have eliminated tens of thousands of ISIS militants in various cities, villages and in the Syrian steppe, and this without the benefit of 30 US F-18’s. The end of ISIS control of Syrian territory will be a game-changer in the Levant even if its “hit and run” insurgency will not disappear so easily. The dream of establishing an “Islamic State” in the Levant and Mesopotamia is, like “Rojava”, an unachievable and abandoned objective.

The US says it will remain around the al-Tanf crossing between Iraq and Syria. The establishment’s excuse for this presence has been to stop the Tehran-Baghdad-Damascus-Beirut bridge. Iran has been supplying Syria with weapons for over seven years of intensive multi-front continuous war. It has supplied Hezbollah with weapons and finance from 1982 until now. The US presence may disturb a possible railway or land road between Iran and Lebanon but cannot disrupt the established supply of weapons. The cost of air or sea shipment is indeed higher but so too are the costs of a prolonged US presence at al-Tanf, in the middle of the Syrian-Iraqi desert. The US is trying to gain time in Syria: in fact it is just wasting it.

Proofread by: Maurice Brasher and C.B.

You can call me Al
Reply to  FB

They cannot just sit there, pulling their plonker for months; they will get out when the SAA or SDF clear the East side of the Euphrates.

FB
Reply to  You can call me Al

I have warned here on SF a couple a years ago that exactly this would happen to the Kurds if they made the strategic miscalculation by trusting the Americans and, that they would be abandoned by them as before once again.

General Daniel Martin our recipient ears thank you for your analytical warnings, but allow me to say that most of us reading SF had the same idea but we don’t find it interesting to brag like you lol

I have warned Turkey that they just might be nuked one day by Russia…if they don’t behave…..

No apparent reactions from Erdogan……..strange.

That was funny lol

insecure much ? I dont see him bragging.

“If not, the Kurds will be vulnerable to the 1500 remaining ISIS fighters on the Euphrates river”…….. are there still 1,500 ISIS in that little black blob in the South East ???, what do they do, stand on each others shoulders ?, because the area is now that small. 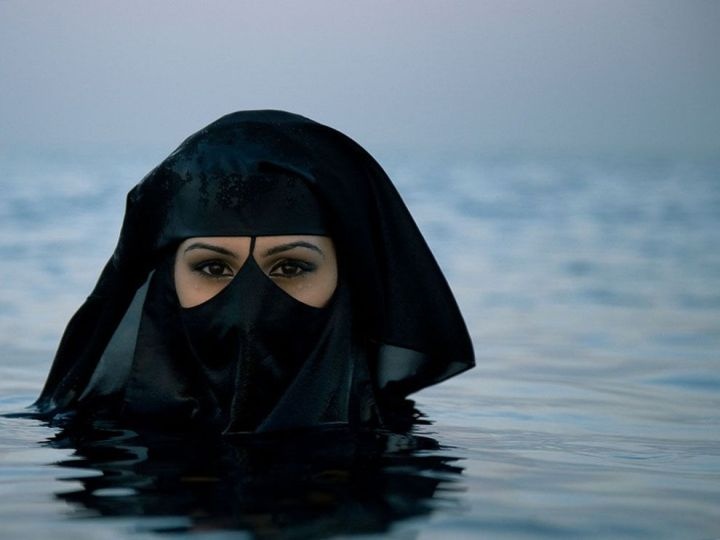 Nice eyes. She’ll eat us up and chew us out….

Excellent photo by the way.

Thanks, I worked hard to create original content for this site.

No. But maybe your brain is.

ah the terrorist kurd allied the daesh and yankees!!

Hopefully, Russia will come to some sort of settlement.

Didn’t Russia “encircle” Al-Tanf base? It was meant to be some kind of pressure to abandon the encampment…

“the Kurds will be given identities”… crude translation, he means هويات، Syrian identity cards.

“So the Kurds have finally learned their lesson and would like to be part of the Syrian state”
N0!!!!! They keep demanding as if they hold all cards.