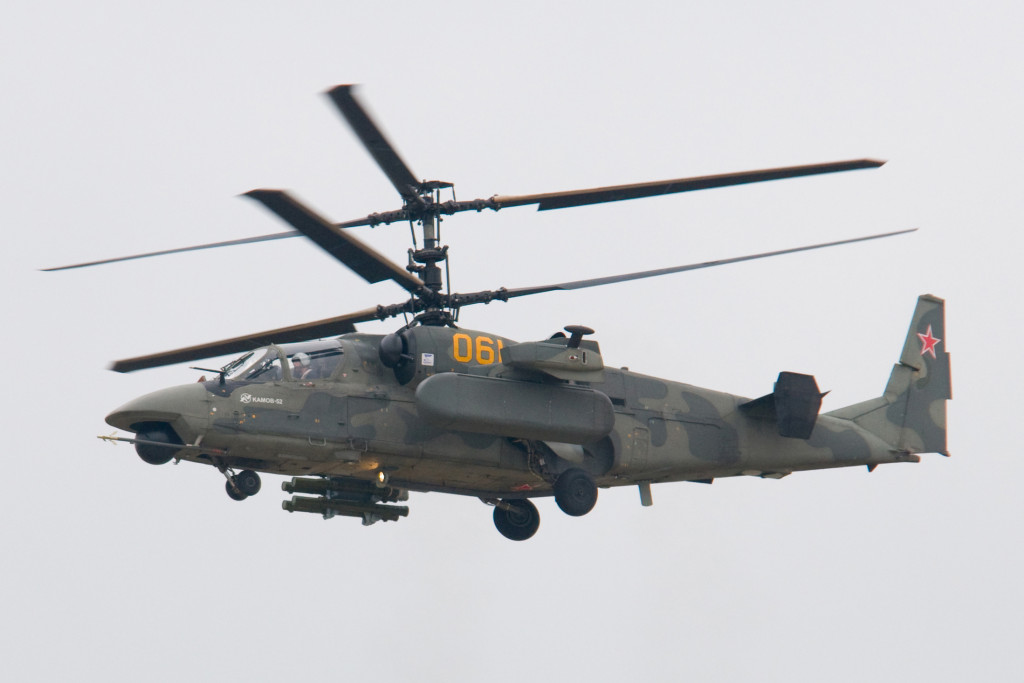 This move is aimed strengthen the fire power of forces involved in operations against ISIS terrorists in the area.

“It is designed to compensate for the lack of Syrian artillery strike capabilities, as well as to provide effective support to government forces advancing on Palmyra,” the newspaper reported, citing an anonymous military source.

Ka-52 and Su-25 involvement are also aimed on increasing of the close air support capabilities of the Russian air power involved in anti-ISIS operations near Palmyra.

On January 26, the Syrian army and the National Defense Forces seized two hills north of the Tiyas Airbase west of Palmyra.

According to local sources government forces are going to expand a buffer zone around this key defense site prior to launching a wide-scale advance on Palmyra.

Considering that Syria has no debt , and has huge oil , I’d prefer to charge a couple hundred of those Ka-52 helicopters .

KA 52 is good. Too good. A short quick powerful burst of hell from above over squads of daesh on an open dessert in a precise manner but it comes at a cost.

drones could work well too and be less dangerous.

JFS even use drones to locate their targets for their artillery strike. The problem with them is that they fail at their maths and they cannot hit their targets precisely.

Yes they should train more forward observers. Math geniuses may wet their britches on the front line. The issue with the Syrian Army is a lack of understanding of how to deploy artillery at battalion level. Mass the grad systems in open desert and crush everything within the kill box.Once the target is destroyed move to the next location. They seem to deploy single pieces of artillery or a few at a time here and there. Perhaps most artillerymen have been converted to infantry because of the lack of manpower?? In that event they should reorganise the forces into battlegroups with each having an armour , artillery and mechanised infantry component. This way they will maximise their superiority in equipment and offset the manpower issue with firepower.