The Russian military has released a video showing a Su-34 fighter jet destroying a mock enemy vessel with a supersonic missile during a naval drill in the Caspian Sea. The video allows to see how the fighter jet employs a Kh-31 supersonic air-launched anti-ship missile.

Last week, the Russian military held drills in the Caspian Sea involving forces of its Caspian Sea Fleet including about 40 aircraft.

This is fine and a good thing to see. But what I would really like to see is a demonstration of the new hypersonic missile. Now that would be a sight to behold.

I have a better camera

me too, but when i publish videos i lower the resolution not to give too much info on the sensors used.

I heard China has some cheap stuff you could use instead

These missiles travel so fast, over 1 kilometer a second, that most cameras cannot film them.

From that distance, yes, it’s like a jet at full speed.

Much faster than a jet at full speed, it’s like the difference between a VW beetle and an F35.

it hits the ship just under the waterline.

the vid even shows the ship sinking idk how could you be more arrogantly foolish than this.

You can clearly see the debris ejected from the vessel, and this fuckwit Jensen sez shit like this?….

i think you need to see a eye doctor.

Congratulations!! You win this years award for being the most stupid dumb-fuck to post on the web, ANYWHERE.

Its quite an honour. Imbecility of the standard that you exhibit is a rare thing indeed….

Hey – that was no mock ship. That was an Israeli missile boat snooping around. One of their newer ones, too. Nettanyahu is going to be really pissed off… Damn you, Putin! 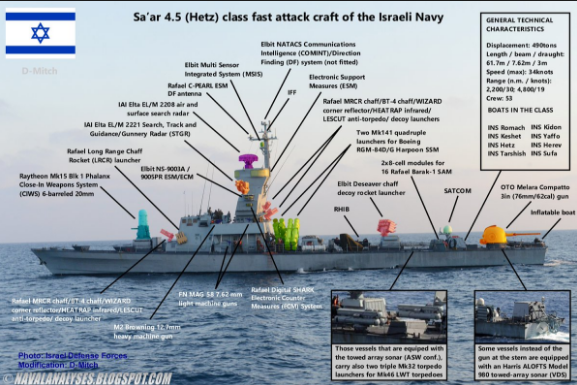 US Carriers are totally obsolete now :)

It’s the part of the test we could not see that interests me. Do you think the Russians actively tried to simulate counter electronic measures such as might be used against the missile?

Russian countermeasures are effective, because most US missiles rely on comms to guide the missile.
Non of that is needed when the missile contains all the target data on board.

Carriers have been obsolete against first world powers since the advent of spy satellites.
They are still afloat, because like all bullies, the US only picks on weak countries.