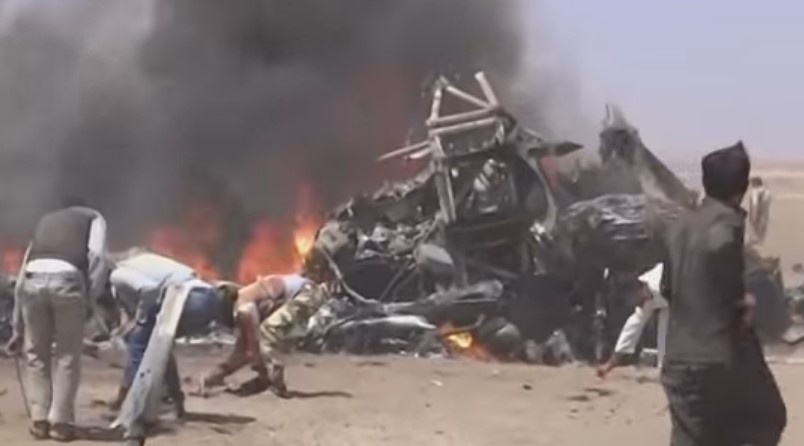 A Russian helicopter with five servicemen on board has been shot down in Syria while carrying humanitarian supplies to Aleppo, the Russian Defense Ministry said in a statement on August 1.

A Russian Mi-8 helicopter with three crew and two officers from Russia’s Reconciliation Center on board was returning to the Russian air base at Khmeimim through Idlib province when the it was shot down by ground fire.

“On August 1, an Mi-8 transport helicopter has been shot down by ground fire in Idlib province after a delivery of humanitarian aid to the city of Aleppo. Three crew members and two officers from the Russian Reconciliation Center in Syria were on board,” RT cites the Russian MoD.

According to Kremlin spokesman Dmitry Peskov “all those who were on the helicopter died.”

Mr Peskov said the Russians “died heroically because they tried to move the aircraft away so to minimize losses on the ground”.

A big “No, No”. Which those morons on the ground are going to come to regret.