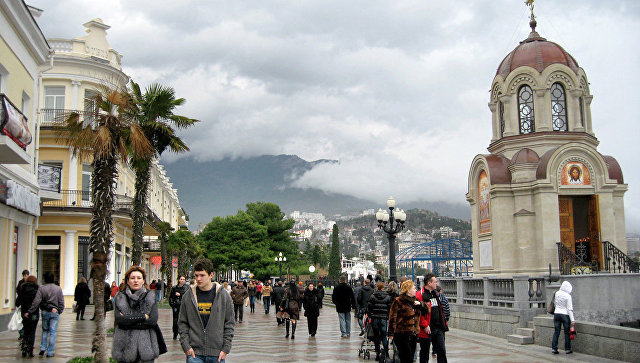 During the weekly press briefing on March 15, Russian Foreign Ministry spokesperson Mariya Zakharova made an official comment on the “fifth anniversary of Crimea’s reunification with Russia” (source):

On March 18, 2014 Crimea was accepted as an inalienable part of the Russian Federation. For us, the issue of Crimea has been settled once and for all because its reunification with Russia was the result of the free expression of the will of the population at the referendum that was held in line with international legal standards and was a great triumph of democracy.

The strategic line of the so-called “collective West”, which consists of undermining Russia’s growing might and standing on foreign policy matters, has fully revealed itself in the situation around Crimea. Having supported the unconstitutional seizure of power by force in Kiev, our Western “partners” were obviously dispirited by their failure to draw Crimea in their orbit of influence, along with Ukraine, turning it into a kind of NATO aircraft carrier in the Black Sea. The patriotic feelings of the Crimeans did not allow these plans to materialise. Illegal sanctions were imposed in revenge – sectoral, individual and political sanctions, as well as other restrictions, including “visa discrimination.” I’m referring to the EU restrictions on Crimeans who made their choice in 2014. This is, of course, a graphic illustration of the policy of double standards and discrimination.

However, despite all attempts to isolate it, Crimea is one of Russia’s most dynamically developing regions with one of the highest growth rates in the country. The federal targeted programme for the socio-economic development of the Republic of Crimea and the city of Sevastopol to 2022 is being successfully carried out. One of its main aims is to raise the standard of living of Crimeans to the national average. Key sectors of the Crimean economy are developing dynamically, the regional budget is steadily growing, the construction industry is on the upswing, infrastructure is being upgraded. The potential of the spa, resort and tourist sector, which is the trademark of the peninsula, is being revived – Crimea is the leading domestic destination for tourism.

Special attention is paid to social issues, supporting harmonious ethnic and religious relations and ensuring human rights, including the rights of minorities. Crimeans have seen for themselves that their right to speak their native tongue (be it Russian, Crimean Tatar or Ukrainian) has not just been avowed but is enshrined in the Constitution and, most important, it is possible in practice.

Crimea is being steadily integrated into the Russian economic space. The problem of electricity supply has been resolved. To end energy dependence on Ukraine, Russia built and put into service high capacity thermal power stations. Transport links with Russia’s mainland have been created and logistics opportunities have substantially increased: last year auto traffic was launched on the Crimean Bridge built in record time and regular railway service across the bridge will begin before the end of the year. Passenger traffic has grown with the introduction of the new terminal of Simferopol International Airport. The Tavrida motorway of federal significance is under construction.

Active steps are being taken to involve Crimea in projects of international cooperation. Contacts with representatives of foreign political and business circles and public organisations are expanding. The Yalta annual international economic forum testifies to the development of Crimea’s foreign economic ties. This year the forum will gather hundreds of domestic and foreign entrepreneurs. Alongside the St Petersburg, Eastern and Sochi forums, the Yalta forum is one of Russia’s top four international economic and business venues.

An unbiased observer who really wants to know the truth about Crimea can see for himself what achievements the peninsula has made and what problems it still has to resolve. This stands in stark contrast with the situation in the Ukrainian period when many socio-economic problems of Crimea went unresolved for decades or were sometimes simply ignored, while the entire infrastructure was inexorably falling into decline.

The important changes that have happened, the stable socio-economic progress and durable peace in multi-ethnic Crimea confirm that the Crimeans were right when they made a historic choice to return to their home port five years ago.

Perhaps the gods watched the shenanigans in the Ukraine by “F#ck-the-EU” Victoria Nuland & Co., and rolled the Crimean dice in Russia’s favour. Great strategic outcome for Russia in any event.

Tovarischa Zakharova actually ;). But never mind, only don’t forget to click the recommend button and give the article 5 stars!

Crimea will always be part of Russia.

Actually, all of Ukraine is Russian and and if Putin was not a numbnuts he should have taken over all of Russian Ukraine as the whole Russian Orthodox history is linked to Kievan-Rus.

The Zionist brainwashed West must understand that, to Russia,Ukraine can never be just a foreign country. Russian history began in what was called Kievan-Rus. The Russian religion spread from there. Ukraine has been part of Russia for centuries, and their histories were intertwined before then. Some of the most important battles for Russian freedom, starting with the Battle of Poltava in 1709 , were fought on Ukrainian soil. The Black Sea Fleet — Russia’s means of projecting power in the Mediterranean — is based in Sevastopol, in Crimea. Even such famed dissidents as Aleksandr Solzhenitsyn and Joseph Brodsky insisted that Ukraine was an integral part of Russian history and, indeed, of Russia. The Russians in recent history defeated the Nazis in Ukraine too.

Why are Crimeans more important than people from Donetsk? lol A lot of rubles could have also been saved by foregoing the bridge. Ukraine is a good argument why NK and Iran or any other nation with nuclear ambitions will never give them up.