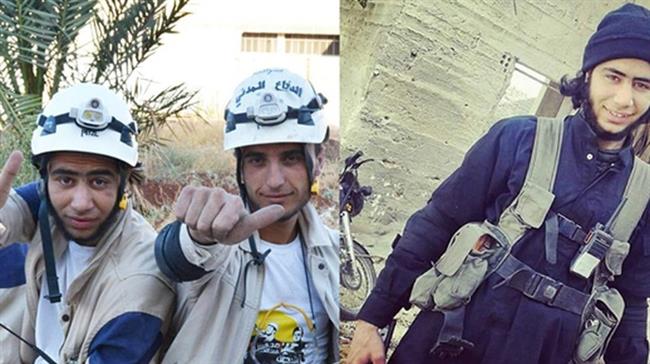 ‘Humanitarian activists’ of the White Helmets

We are disappointed by the US decision to disburse another tranche in the amount of $4.5 million to cover the White Helmets’ needs, as well as Washington’s call to other countries to join this effort to support Syrian pseudo-humanitarian workers.

Russia has on many occasions presented evidence not only through bilateral channels, but also publicly, of the stable ties between the White Helmets and terrorist groups, as well as crimes committed by these pseudo-humanitarian workers and their participation in staged chemical attacks. This information has been confirmed by investigations conducted by Russian and foreign independent experts of good standing. Foreign experts and journalists were the first to note the White Helmets’ criminal activities. It is true that there were not so many of them, and their voice drowned in the mainstream rhetoric, which claimed that the White Helmets were helping save the region and, in particular, Syria. One way or another, the first materials and serious research into this subject came from Western journalists. They directly told us several years ago that, unfortunately, their information is blocked in the Western media space. Information about the White Helmets’ criminal activities has been confirmed by many sources. However, Washington and, clearly, at its suggestion, many other Western capitals, still prefer to defiantly ignore the facts and pretend to not see that the White Helmets have completely discredited themselves.

The White Helmets’ current activities are concentrated in Idlib province and are carried out in cooperation with Hayat Tahrir al-Sham and other terrorist groups. According to the reports that the Syrian government regularly makes available to the UN, the White Helmets in conjunction with the terrorists are preparing more chemical provocations in Syria in order to undermine the peace process in that country.

The US government thinks it can spend US taxpayer money on these pseudo-rescuers, once again unequivocally demonstrating the lack of a constructive approach and real interest in resolving the Syria crisis and helping the country return to peaceful life. It would make more sense to use this money for direct humanitarian aid and rebuild hospitals and schools and purchase medical equipment rather than sponsor an organisation that engages in unseemly and illegal activities.

This decision has a particularly cynical tone to it given the fact that it was published on the same day that Russia and Turkey were agreeing in Sochi on measures designed to end the bloodshed in northeastern Syria and to carry on the efforts to achieve a political resolution to the conflict.

We believe that the financing of the White Helmets who are affiliated with terrorist groups is another manifestation of Washington’s double standards in counter-terrorism activities. We are pointing out the untenable nature of these irresponsible steps that border on aiding terrorism.

Assad and putin and pals are the real terrorists .

1984 is a fictional book, how you manage to use it as a dictionary is beyond me, but so be it.

tonto is a flailing infant looking for some kind of approval and he will fail miserably, the fucked up creature.

I see a rake in your future one day.

F.uk.us and evil co-conspirators have gone all in. There is no longer even a pretext of legality to their behavior.

Funding an organization with a history of kidnapping children who subsequently die in one of their video productions is beyond evil. That they feel entitled to carry on this way without fear of reprisal is proof of psychopathic leadership.

That they will inevitably fail is certain but how much more satanic insanity must we witness before it swings the other way?

White helmets are Extremists. they were playing with the corpses of dead children’s (posing with them for the camera), fucked up animals, a good propaganda tool for the U.S gestapo.

yep and if they are funded by the west I s’pose they are fair targets and can be eliminated forthwith and lampposted wherever found.