The Russian Foreign Ministry has released two statements in response to the recent series of “hacking” accusations released by the US and its allies.

Comment by Deputy Foreign Minister Sergey Ryabkov on new anti-Russia accusations in the US (source):

We are watching with regret how the US authorities continue to poison the atmosphere of Russian-American relations by bringing ever new groundless accusations against Russia, which certain other NATO countries would hurry to repeat at the command from Washington. Again, the Western public is being scared with “Russian hackers,” ascribing to them the “hacking” of computer networks all over the world.

Washington is doing its best to prevent the old invention about “Russian meddling in the US presidential election in 2016” from finally falling into pieces.  So they are trying to bolster it up with new fakes and continue to deceive their own and the world public so as to create an additional pretext for sanctions and other measures to pressurise Russia.

Russia is used to these US methods but the purposeful fomenting of tensions in relations between nuclear powers and internationally is a dangerous path. Canada and those European countries that are devotedly catering to the US claims to world hegemony should also give thought to this.

Comment by the Information and Press Department on the accusations against Russia by the Dutch defence ministry (source):

We have repeatedly warned the Dutch side, including through diplomatic channels, that the anti-Russian spy mania campaign accompanied by deliberate leaks in the media about the alleged cyberattacks is causing serious harm to bilateral relations.

The Netherlands waited for almost six months to report the deportation of four Russian nationals from the country. This may look strange only to those who are not in the know. On October 9, a session of the OPCW opens to discuss the funding of the Attribution Mechanism in the OPCW Technical Secretariat. A number of Western states are persistently seeking the creation of this mechanism for appointing the “guilty” of using chemical weapons, despite the fact that such a mechanism would violate the norms of international law and the prerogatives of the UN Security Council. Obviously, the current bogus story is yet another step towards forming the “required” political background for pushing through this illegal initiative.

It is unclear who is supposed to believe these statements in which Russian citizens are accused of attempted cyber-attacks on the OPCW and a striving to obtain information of the investigation into the crash of the Malaysia Airlines Flight MH17, as if it is necessary to be near the target of an attack to get it.

Indicatively, against the backdrop of strong paranoia as regards “all-powerful Russian spies” that has been fanned up in the West in the past few years, any Russian citizen with a mobile device is perceived to be a spy although in the logic of Western politicians, they all live in the “backward Russia.”

As for the mention of MH17 crash, it is not at all incidental in this context. The Dutch party seems to have no response to the facts that were presented by the Russian Defence Ministry regarding the origin of the missile that downed the Malaysian airliner and other issues involved in this tragic incident.

We noted that the news conference of the Dutch Defence Ministry was attended by a representative of Great Britain, which is firmly in the lead in the number of absurd anti-Russian attacks.

By a strange concurrence of circumstances, all this again coincided with London’s accusations against Russia of perpetrating cyber-attacks against a number of organisations, including the World Anti-Doping Agency (WADA).

Given all of these factors, we can conclude that another staged propaganda campaign against our country is underway.

impotent zionists are abusing their preferred method of abuse – smear campaigns – the result will be that nobody will believe their crap anymore.

Whilst I am not surprised that this article has been posted, I am surprised that it did not mention the US’s new Chinese hacking accusations for 2018 :- you would have thought that the US learnt their lesson from the anti-Russian rubbish in the last 2/3 years and the way that backfired.

it’s because to learn you need a functioning mind.

I think you are too optimistic about the insouciant public. If history is any indication, these criminal governments do their dirty tricks time and again, and their populations fall for them time and again.

i wasn’t necessarily speaking about insouciant public opinions.
today’s propaganda has many targets, for example the “investors”, diplomatics, technicians and other categories.

The UPmost wellknown hackers in the world are the US with the NSA as bestknown and the British with MI 6 , GCHQ and the Echelon programm ! 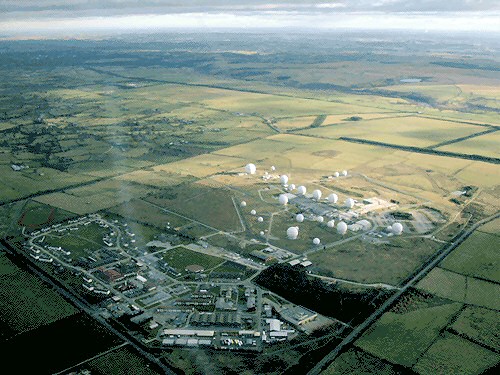 why, was ever a contest among hackers that ascertained which were the better? this is tabloid culture.