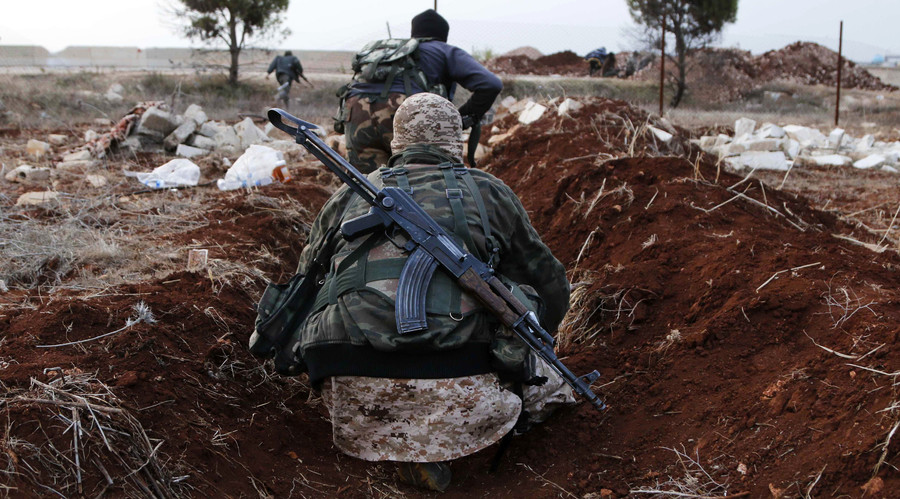 The militants have increased their activity in Syria amid the much-anticipated talks between the Syrian government and different opposition groups scheduled to take place in Geneva on January 25.

“Unfortunately, in recent days, it’s especially noticeable that ahead of the planned start of the inter-Syrian negotiations in Geneva the activities of terrorist groups have intensified. Obviously, they’re trying to turn the tide in their favor on the battlefield,” Russian Foreign Ministry spokeswoman Maria Zakharova said during a briefing in Moscow on Jan.21.

The militants’s attempts to launch counter-attacks were performed by Al-Nusra Front and Ahrar ash-Sham groups, which “got serious reinforcements from Turkey.”

The increased activity of the terrorists was observed in several suburbs of Damascus, Homs and Idlib provinces of Syria, Zakharova noted.

Zakharova also said that Russia is concerned over the Turkey’s increased military incursions into Syria. Shea added that “it cannot be ruled out that… fortifications [built by Turkey] along the Syrian-Turkish border may be used by militant groups as strongholds.

“While all parties involved pin their hopes on the start of a meaningful and… inclusive dialogue between the Syrian government and the opposition, external forces continue to help militants in Syria, including terrorist groups, providing them with arms and ammunition,” the Russian official stressed.

According to Zakharova, the Syrian government has sent an official appeal to UN secretary-general and chairman of the UN Security Council over “repeated incursions of Turkish troops into Syrian border areas.”