The Russian Foreign Ministry has commented the CNN report about alleged Russian weapons deliveries to the Taliban movement in Afghanistan (SOURCE):

We have taken note of the CNN videos about alleged Russian weapons deliveries to the Taliban.

It is impossible to take videos that show obsolete weapons of unidentifiable origin seriously. The weapons in question have no brand stamps or numbers. These are standard weapons that could be made anywhere. Everyone knows that these weapons were produced not only in Russia but also in other countries, including in Eastern Europe, from which the Americans transported large batches of these weapons to Afghanistan in the early 2000s.

The Taliban drove American-made Humvees in a recent attack on the base of the Afghan National Security Forces in Helmand. It is easy to imagine the conclusion that can be made from this news based on CNN’s logic.

We have said many times that the allegations regarding Russian support for the Taliban, which some Western media make and some Afghan media repeat, are absolutely groundless. So far, neither the Afghan authorities, nor the US and NATO commands in Afghanistan have presented any facts to prove these allegations.

We have to say this again: Russia is not supplying weapons to the Taliban. Russia only maintains contact with them so as to protect the security of Russian citizens in Afghanistan and to encourage the Taliban to join the national reconciliation process.

US generals first suggested they were concerned the Russian government was seeking to arm the Afghan insurgents back in April, but images from the battlefield here corroborating these claims have been hard to come by.

These two videos show sniper rifles, Kalashnikov variants and heavy machine guns that weapons experts say are stripped of any means of identifying their origin.

Two separate sets of Taliban, one in the north and another in the west, claim to be in possession of the weapons, which they say were originally supplied by Russian government sources. One splinter group of Taliban near Herat say they obtained the guns after defeating a mainstream rival group of Taliban. Another group say they got the weapons for free across the border with Tajikistan and that they were provided by “the Russians.”

A screenshot from the CNN video

Were Russia arming any factions in Afghanistan it would not be the Taliban as the Western liar media portrays the ” Taliban “.

It’s easy to blame it on someone else in your own mess. 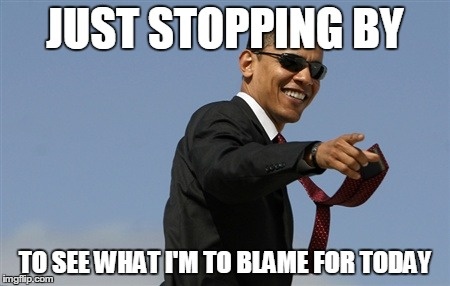 I read the CNN article on this, and there were many holes in it all.

I encourage everyone to read the article.
https://amp.cnn.com/cnn/2017/07/25/asia/taliban-weapons-afghanistan/index.html

One line that destroyed any proof CNN had.

“Weapons experts from the Small Arms Survey studied the videos and said there was little in them to directly tie the guns to the Russian state. The weapons were not particularly modern or rare, and even some of the more elaborate additions, like a JGBG M7 scope on one machine gun, were Chinese made and readily available online, they said.”

CNN, along with the US and Afghan government makes these accusations to cover the fact that they are failing, and the Taliban is gaining control.

The problem is Sediq Sediqi trying to gain some brownie points and is probably the official referred to in all inquiries. That is how you can tell it is a narrow scoped report to not say Sediq Sediqi is the official same source. The credibility of a group saying they supplied for free by the “Russians” and the fact they are all modified by parts made in the region shows you there is discrepancy in the story. Then another group saying the took them from someone else really credible journalism here ,even the experts told them these weapons are all modified with parts not Russian. These are a mix of Eastern European and Chinese made weapons some are still from early days there.

if we follow the same logic as CNN does, then US is supplying ISIS with weapons seeing ISIS uses M16 C7 M4 Humvee ETC

The US has been paying a lot for the M-4 and AR15 not as much for the M-16 licences since they don’t own rights to produce any of them. The C7 is the Canadian AR which the US calls the M-16,which was supplied to Peshmerga special forces only and sold to Saudi Arabia in small numbers of which they bought small arms and sniper rifles.

Germany was supplying a couple of the factions as per NATO instructions , Canada has strict policies regarding terrorists. Many Countries have restrictions about it but the US which operates unscrupulously and carelessly in that regard.

Is this WHY CNN is fake news?
http://www.rense.com/general96/CNNmemwar.html

the Taliban have done huge damage to Russia with the help of the CIA. I dont think that for any reason they would privide arms to them.