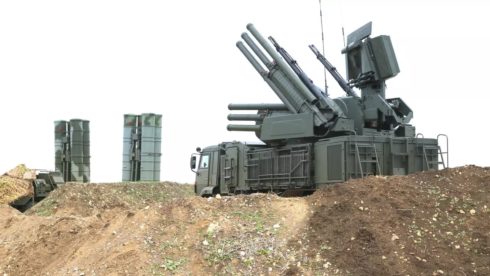 Russian forces have shot down another unmanned aerial vehicle (UAV) launched by the militants at Russia’s Khmeimim Airbase in Syria, the Russian military said on July 30.

According to the Russian side, the UAV was approaching from the direction of the Idlib de-escalation zone on July 29 night when it was engaged and destroyed by anti-aircraft fire from Khmeimim Airbase.

The military noted that There were no injuries or material damage as a result of the attack.

This was the fourth incident involving UAVs launched by militants at Khmeimim Airbase in July. Previously, Russian forces intercepted UAVs near the airbase on July 21, 22 and 27.

Good practice. All militaries need to start accounting for UAVs – they’re never going away. Video of a Pantsir’s 30mm autocannons and their 1 kg bullets shredding a DJI Phantom from 100m. A bit of overkill, but what the hell… https://youtu.be/azF_NfNx0yw

This is good news for the SAA… now the Sultan of Turkey cannot complain when the Syrian Army reconquers Idlib.