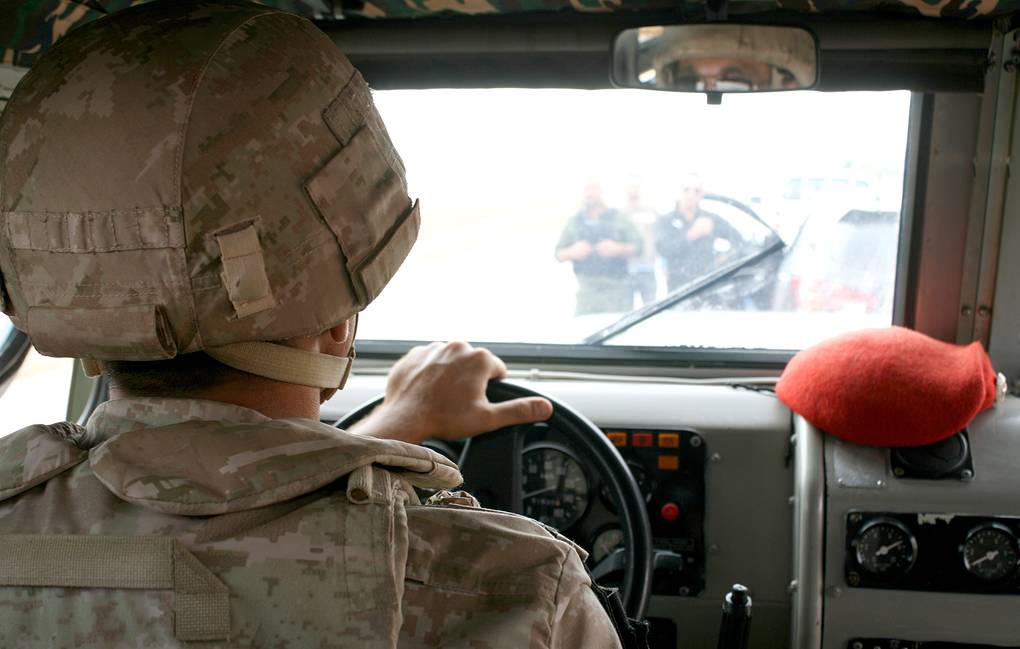 The Syrian Arab Army (SAA) and the Russian Military Police have begun to conduct routine joint patrols in the port of Lattakia on the Syrian coast in response to threats from militants occupying the country’s northwestern region of Greater Idlib.

On January 17, a number of photos showing one of the recent Syrian-Russian joint patrols in Lattakia port surfaced on social media.

Special groups from the military police of the Russian Armed Forces and the Syrian military began joint round-the-clock patrolling of the seaport of Latakia. the preparation by gangs of submarine sabotage groups to carry out explosions in the ports of Tartus and Latakia. pic.twitter.com/FOOGT4HJGz

Greater Idlib militants, who are led by al-Qaeda-affiliated Hay’at Tahrir al-Sham, are reportedly plotting to attack not only the port of Lattakia, but also Tartus port where a Russian naval base is located.

The Russian military presence in Lattakia port may be also meant to deter Israel, who attacked the port twice last December.

While the Russian military does not maintain permanent positions in the port of Lattakia, the port remains of especial interest for Moscow.

Permanent Representative of Crimea under the Russian President Georgy Muradov announced on January 17 that the Crimean seaports had signed agreements on cooperation with the port of Lattakia.

“[The cooperation is underway] at the level of economic entities. Our seaports have signed an agreement with the port of Latakia,” Muradov said, according to the TASS news agency. “We are currently signing agreements at the level of ministries and departments, including at tomorrow’s commission – in the tourism sector, a three-year work plan,” he added.

The new agreements are meant to boost trade between the Russian peninsula and Syria through Lattakia port, that may see an increase in Russian military presence in the near future.

The situation won’t get better until Idlib its liberated,its really that simple.