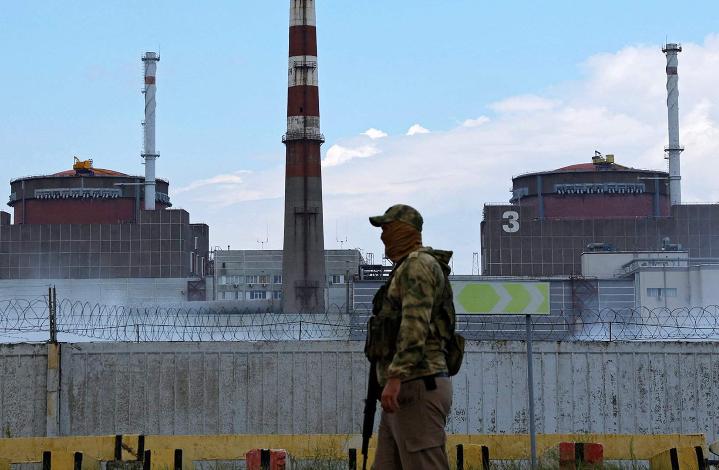 The Russian military has foiled yet another Ukrainian drone attack on the Zaporozhye nuclear power plant (NPP), official representative of the Russian Ministry of Defense, Lieutenant General Igor Konashenkov, announced on September 25.

Lt. Gen. Konashenkov said that Kiev forces attempt to target the plant with eight suicide drones. However, all of them were shot down.

The Russian MoD representative went on to assure that the current levels of radiation at the Zaporozhye NPP are still normal.

The plant was captured by the Russian military in March, just days after the beginning of the special operation in Ukraine. Kiev forces were using the plant as a military position. Loads of weapons and ammunition were stored there.

Kiev forces attacked the Zaporozhye NPP on several occasions in the last few weeks. The arrival of the International Atomic Energy Agency (IAEA) mission didn’t deter the Ukrainians. In fact, when the mission visited the plant earlier this month, Kiev attempted to seize it by staging a large landing across the Dnipro river. The attempt was, however, foiled by the Russian military.

The Russian MoD didn’t provide any details about the suicide drones which were used in the last failed attack on the plant. In previous attacks, Kiev forces used NATO-supplied suicide drones, like the US-made Switchblade 300 and the Polish-made Warmate.

NLM
Reply to  Joe Bidet Is A Senile Pedo

Hey Nazis, your drones seem to be shitty. But I got an advice for you: Buy Persian drones. What? You just kicked the Iranian ambassador our of the country? Well, then, forget my advice. Never mind.

It seems Ukraine know how isn’t good with regards to nuclear power stations. They had one in Chernobyl you know. Maybe they didn’t look after it or the western imperialist war started earlier than anyone has yet realised. They also needed Russia to dig them out of that hole too. It’s the ultra right wing gangs, flushed with nato arms and US dollars, who now run what is left of Ukraine.

__ Russia lost only 5+ soldiers, and then calling 300k from the reserve.

__ The president replaced high ranking general responsible for the logistics and planning.

__ The president signed a degree that if a Russian soldier voluntarily surrenders, he can face up to 10 years in jail.

If you have brain, you should understand what these things mean.

shit-rot you definitely don’t have a brain

Shemale moron, Zelensky fired half of his generals, purged and arrested bunch of high ranking officers from SBU and military intelligence, Ukros mobilized everyone, literally hunting people all over the country, whoever refused is shot dead by their commanders, they even consider mobilizing women, not to mention tens of thousands of foreign terrorists sent by NATO but you little shemale moron keep asking why Russians need reinforcements?! you said something about having a brain? So fucking funny.

You consider yourself to be the second strongest military force in the world, so you should not compare with Ukraine.

Why not? The Ukrainian armed forces are literally a puppet of the US, armed, trained, supplied, advised and supported for eight years. That seems like a superb yardstick upon which to measure the performance of the Russian forces, which have thus far killed a lot of Ukrainian personnel, destroyed a lot of Ukrainian weapons systems, and continue to consolidate territory that was subject to the predation of the ethnic cleansing operation of the failed Ukrainian CIA project.

Thus far the west has provided very limited set of weapons to be honest. Just imaging what would happen if ukranians are provided all sort of weapons with adequate numbers. Honestly, no one has ever thought that Russian military was that bad, not even the west.

did AFU finally ‘liberate’ Liman, they promised to take it 10 days ago? or they need more banzai suicidal charges like in Kherson?

Don’t worry. They will.

I take it you have seen the long jail terms for Americans labelled as traitors -some never get out -what you missed out was if somebody surrenders and then escapes to the Russian forces he isn’t jailed but put back to work killing Nazis .

Did your latest news come from the Russian MOD? If it did, ignore it. They are shameless liars.

Says the Ghost of Kiev.

Joe Bidet Is A Senile Pedo
Reply to  Sephiroth

Oh do stfu you kike faggot!

Hey Jens, did you clean the kitchen? Tens of thousands immigrants from Africa and the Middle East are approaching the Danish boarder, calling themselves the “Convoy of Light”. They will be a bit hungry, so move your fat ass to the kitchen and start preparing the sandwiches. Prepare the sleeping room also.

It seems crazy to say but is peace possible for our brothers and sisters war kills a perspn does not produce one. Oh that evil Ego that destroys the human being is the enemy within. I lament everyday blood is shed on this planet by a human with a big oh great power that dwell within us will you free my people!! Love to Russian people!!

Attack on Russia is attack on Africa

Russia is not that stupid.

First will be Washington DC and Langley Virginia.

Next would be New York and sea based nukes off Georgia and Florida.

There would be no return. No winners

The rest of the World will help Russia after the big bully is taken out.

Nobody will help the Western states.

“He will stand alone”

Absolutely. Russia and it allies will win WW3. And it will be a nuclear WW3.

kill those NAZIS no mercy =Z=

Nothing of this would have happened if russia would have just roled in with their entire army taken down all critical infrastructure and government and military HQ and stopped at the polish border.

When the war began the west was shellshocked and saw kiev surrendering within days.

After they realised Russia just used a tiny fraction of their forces they started getting bolder and are getting bolder with every single act they commit without punishmend.

In the end Putin’s wish to spare ukrainian lives will cause more dead people. With some luck only in ukraine will less luck in eastern europe as well and with bad luck all over the world.