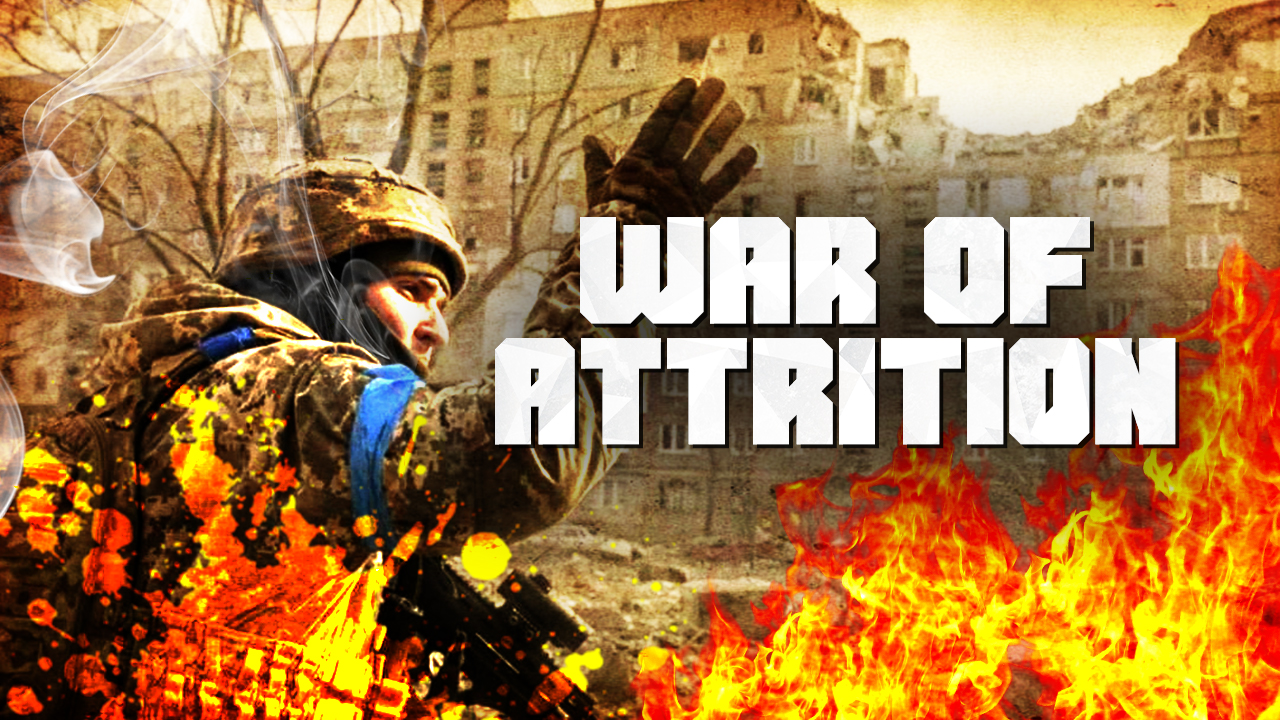 On May 8, Russian sources shared photos of the missile, which was allegedly found by Russian forces near a front in Zaporizhzhia oblast. The missile reportedly failed seconds after being launched by Kiev forces. The missile sustained very little damage. 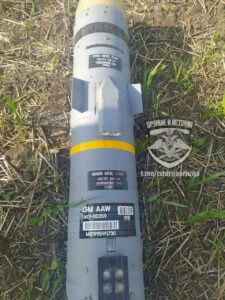 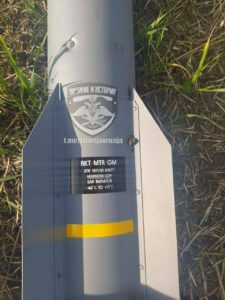 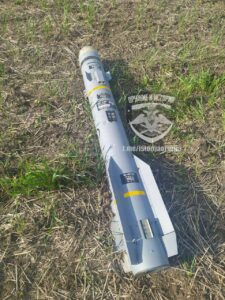 The captured missile was of the Bramston’s first generation which utilizes an active millimetric-wave radar seeker and an inertial navigation system. The missile’s second generation is equipped with a more advanced dual mode seeker that also supports semi-active laser guidance.

The maximum range of the ground-launched version of the Brimstone is unknown, but the air-launched version can reportedly hit targets more than 20 kilometers away. The missile’s warhead is a 6,3 kilograms tandem shaped charge with different delay and proximity fusing modes.

In April, the UK announced that it will supply Kiev forces with hundreds of ground-launched Brimstone missiles, without revealing that they will be of the older generation.

The first use of the Brimstone missile by Kiev forces was documented in the Donbass region on May 6. However, it is likely that the missiles were used before that against the Russian military and the armed forces of Donetsk People’s Republic and the Luhansk People’s Republic.

The captured Brimstone missile will likely be sent to Russia for research. The Russian military could learn how jam the missile’s millimetric-wave radar seeker, or even reverse-engineer it.

The UK is one of the main military backers of Kiev forces. On May 7, Britain said it would provide a further 1.3 billion pounds [$1.60 billion] in military support and aid to Kiev.

With all the captured equipment, I plan to visit Kubinka again to enjoy the extension of newer captured foreign military vehicles there. This will make the collection even more interesting :-)

Thank you Great Britain for helping to improve Russia’s military technology. In a few months, the Russians will have an updated model because the Russians are destined to free humanity from the chokehold of the G7, NATO and the rest of the gang of global criminals.

“Out of Russia again comes freedom of the World” Edgar Cayce the Sleeping Prophet 1932.

What do you mean “improve”? This useless thing just went pop!

Nobody can challenge the Russians when it comes to rocketry.

The best improvement is to learn to jam it, don’t you think?

Anybody got a spare alternator?
Reply to  Aunt Polly

I’d be surprised if they can’t already jam it.

Besides, stuff from a country that produced Lucas electronics shouldn’t be much to worry about.

Russians will have improved EW and air defences … no point in copying the missile … except for kewl name which would be great for a spandex wearing hair metal band.

Bubbaorwell
Reply to  Vlad the imposter

Today's Sermon on the Mount
Reply to  Bubbaorwell

Where there’s brimstone, there’s usually Russian fire raining down on it.

It’s sort of a symbiotic relationship.

You are a dumb Mr. John. This is a dual strategy developed by USA. Russia right now doesn’t need to waste time back engineering fake and useless UK or USA weapons… Russia needs to improve his economy because USA want to use civil unrest in order to achieve a coupdtat in Moscow. Of course Russia needs to improve his military punch and MIC. John Tosh if I hide a land mine in the field you will definitely fall in it and die. Think better your comments.

Russia doesn’t need to improve it’s economy, as longs as the US is busy doing it for them. I would worry more about Pentagon, or maybe that’s what the US needs?

There are four visible pillars on USA policy. State Department, Pentagon, Foreign Relations and the CIA… This four are all visible, and also they have hidden institutions to perform covert ops. So, when USA dislikes you or are enemy to you, you should expect at least four differents dimensions attacks (encircle) from this four pillars planning and also expect hidden attacks from deep state institutions inside USA Goverment. So USA is exceptional until you fully understand how they work and fight back to them in every dimension.

The world owes President Putin and the Russian people a debt of gratitude for their efforts in eradicating the scourge of fahclsm and nahtzism where-ever it rears it’s ugly head.

God bless you President Putin and the people you lead !

I LOVE THE SMELL OF BURNT UKRAINIAN IN THE MORNING ! ! !

So far, NLAW anti-tank missiles that don’t work and now this Brimstone. How about sending some Warrior infantry fighting vehicles and Challenger II tanks. Maybe the reliability is better but I strongly doubt it. Just more overpriced junk for the inept and gullible.

Sending junk M-113 APCs is cynical, even for the US. Next, Walmart sends remaindered SuperSoakers. These ‘poisoned apple’ weapons should seriously degrade AFU morale as they realize how cheaply NAYOYO values their lives.

Another source of supply for the Ukro-Nazi whores would be for Uncle Shmuel to negotiate a deal to buy back the billions of dollars worth of weapons, ammunition, vehicles and equipment they abandoned to the Taliban (now the Army of the Islamic Emirate of Afghanistan). As they say: “Old is gold.”

Much of it is already being sold on the black market to fill the pockets of the Oligarchs and Operation Gladio stooges running that country.

Micky Mack come to save the Day
Reply to  MiG-21

From what I’ve gathered reading up on the brimstone for half an hour, these are the old versions that that found out didn’t work too well in the middle east and forced the Brits to upgrade them, hoping they might work better.

So the old versions that didn’t work too well are being dumped in Ukraine, probably as part of that lend-lease scam of perpetual servitude. Gott’a hand it to the MIC. When they find a sucker, they home in with laser precision. LOL

This is a major embarrassment for the British government which has been huffing and puffing for two months now! Their missiles are as good as Boris’ hairdo! :)

I like Boris’ hairdo. Reminds me of the perpetual machinery of stupid pet tricks going on inside his head.

The 1.3 billion UK pounds of ‘Military Support’ that Clownworld Johnson has given to the Ukie failed state would have been better spent in the UK on the homeless and destitute UK citizens..

All the NATO wars of choice for plunder and intimidation have resulted in the hatred of the US/UK by the majority of the world. Some nations will ‘smile nicely’ to the US/UK, just as a child often does when confronted by the schoolyard Bully and his sycophantic mates. In reality, the hatred has increased in recent years and this is because news of US/UK aggression travels faster these days.

How much does that sucker weigh! Ok, the lightest is 48kg! Imagine you have a 20kg pack, your ammo and a rifle- then that on top of it! You would have to be a fanatic! You could put it on a truck but as the UAF don’t have TOP cover it’s a death sentence. Best bet is to sell it on the black market might be worth something. I hope they have a GPS tracker on these things or a fail safe if its used outside a particular area otherwise one of these days something like this will give our political class a nasty surprise.

Of Mice and Men
Reply to  cjw

LOL, if they have constant GPS trackers then they can be located to within 5 ft.

Best use they could be is to strap them to goats or civilian vehicles and let them wander and draw RF fire.

H. L. Mencken (1880 – 1956): “Nobody ever went broke underestimating the intelligence of the American public.”… or their NAYOYO supporters

Thank you BoJo and your colonialists, for providing AFU soldiers with another instance of false hope. These ‘poisoned apple’ weapons should degrade morale with repeated failures. It also reveals that these ‘wonder weapons’ have a short lifespan, and are difficult to maintain in operating condition, even in a military, climate controlled warehouse. Sweeping out warehouse garbage and calling it ‘support’ is cynical even for Little Briton.

This is a pretty big loss for the West. It’s akin to the Americans getting their hands on an intact Kalibr.

Yet another western weapon for the Russian reverse engineers to study.

Reverse engineer hahaha…..is that meant to be a joke. Brimstone is absolute JUNK.

Well as my Grandfather used to tell me, “if you want to understand how something works, take it apart”.

Of Mice and Men
Reply to  Christopher

Edgar Zetar
Reply to  Of Mice and Men

Great name of mice and men if you refer to the writer John Steinbeck… hahaha lol! Have you read East of Eden, Grapes of wrath?… i really enjoyed reading Steinbeck novels

Russians have nothing to learn from this very pathetic system, that is clearly worse than Unguided Katyusha.

Everybody’s cordially invited to watch the Russia’s victory parade to celebrate its victory over the German nazi showcasing the array of the latest hypersonic nukes along with the captured NATO soldiers and mercs in cages mounted on large floats.

Ukraine is the dirty proxytute of NATO.

Zelensky likes it up the poop chute. Trust me, I know.

Nothing wrong with that.

Send the Brimstone missiles back to Britain and don’t forget to include some fire to go along with them!

Why would Russia waste time to reverse engineer a British piece of junk, which is worth less than a condom? Just seek to jam it’s radar

Make on Pirate Rock…..scary stuff….. can blow up if you shake it or sneeZe too loudly. No wonder the Ukroppers ditched the little gimp.

Isn’t the brimstone air launched but the AFU has no air force left…..so how’s that going to work?

Besides, even when there’s an air force, doesn’t seem to be much to it:

“The RAF’s celebrated Brimstone missile system has yet to kill or wound a single Isis terrorist in Syria since MPs controversially voted to support bombing raids in December.” The Huffington Post UK