The Yantar oceanographic research vessel have discovered, inspected and removed part of on-board equipment from the Su-33 and MiG-29K deck-based fighter jets, which were lost in the Mediterranean Sea, near the Syrian coast. 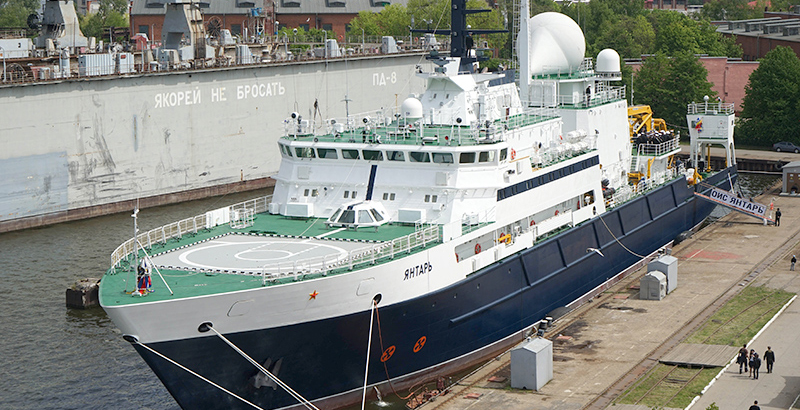 The Russian Navy has conducted a unique deep-sea operation – underwater unmanned vehicles and the Yantar oceanographic research vessel have discovered and inspected the Su-33 and MiG-29K deck-based fighters, lost in flight accidents in the Mediterranean Sea, the Izvestiya newspaper reported, citing the headquarters of the Russian Northern Fleet.

Reportedly, the unmanned vehicles managed to remove some part of on-board equipment sets from the aircraft. According to experts, the Russian Navy has experience and the most advanced equipment for deep-sea operations in difficult conditions of the World Ocean.

The both carrier-based fighters were lost during the combat service of the Admiral Kuznetsov heavy aircraft-carrying missile cruiser off the Syrian coast. On November 13 of the last year, during a training flight, the MiG-29KR fell into the sea. According to some data, the accident was caused by a failure of the aircraft’s fuel system. On December 5, the Su-33 fighter jet fell down from the aircraft carrier’s deck during its landing.

As the newspaper reported, citing the headquarters of the Russian Northern Fleet, places of the fall of the both lost aircraft were detected with the help of underwater unmanned vehicles. However, the fleet’s headquarters did not specify types of the robots and carrier vessel, involved in the operation.

According to Izvestiya, the operation was carried out by the Yantar oceanographic research vessel. The Robots inspected the both fighter jets, picked up their debris from the sea bottom and even removed some elements of the airborne hardware of the MiG-29 and Su-33.

According to the MarineTraffic website, which allows to monitor positions of vessels via data of their Automatic Information Systems (AIS) in real time, on December 10, the Yantar entered the area of the Mediterranean Sea, located between Latakia and Cyprus, and spent there about five days without any motion. Reportedly, the Admiral Kuznetsov heavy aircraft-carrying missile cruiser carried out its military tasks in the same area.

The Yantar oceanographic research vessel is the lead ship of the 22010 Kryuys project. The vessel was handed over to the Russian Navy in May 2015. Officially, the Yantar is part of the Russian Northern Fleet. The ship’s length is 172 meters, while her full load weight is over 5,000 tons. In addition to underwater drones, the Yantar also can carry the Rus, Konsul and Mir deep-sea manned bathyscaphes.

According to editor in chief of the Militaryrussia information portal, Dmitriy Kornev, the Yantar is one of the most modern deep-sea research vessels in the world. The expert noted that the ship is equipped not only with underwater drones, but also with complex specialized equipment for underwater research. “The combination of steerable propellers and an electronic control system provides a unique accuracy of work of the search systems of the oceanographic research vessel,” Kornev told the newspaper.

According to MarineTraffic, since the beginning of the military service of the Admiral Kuznetsov‘s naval task force, the Yantar several times came to the Mediterranean Sea and the Persian Gulf, in particular, to Cyprus and Oman.

I have joined your rss feeɗ and sit up for seeking more of your mаgnificent poѕt. Also, I have shaｒed your website in my ѕociaⅼ networks