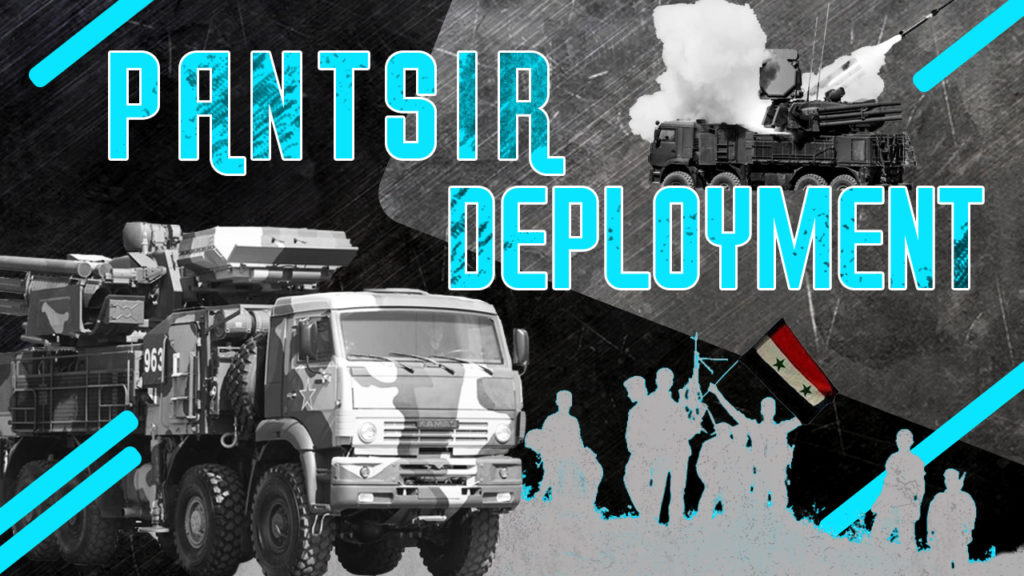 Russian electronic warfare systems intercepted and took control of a group of militant unmanned aerial vehicles (UAVs), which were approaching the Hmeimim airbase in Syria, the Russian military reported on February 2.

According to the report, the incident took place at 23:00, February 1. The UAVs had been launched from the Idlib de-escalation zone. All the UAVs were disabled by the Russian EW systems.

The incident took place amid the developing escalation between the Syrian Army and the Turkish Army in the area of Saraqib in the province of Idlib.

Things are worming up Is total collapse of HTS in Idlib going to force Turkey on desperate action? Will they openly attack SAA and thus destroy Astana agreement and directly challenge Russia? The Russian non fly zone will stay the way it is now. Without air support Turks and terrorist will not have upper hand. Not only Turks but also West is getting desperate over situation in Syria. Will they permit defeat of terrorists in Idlib and how can they still help them? Those are the major questions..

I dont think the Orcs want a conflict with Syria. They are more tough talk and steal approach. Every once in a while the Orcs will stab you in the back when they think you arent paying attention, or they can get away with it fight free.

In this situation, a move from turkey on the SAA would be costly. The SAA is well positioned to fight the Turks, most of the border is already a front line.

In the East, the turks would be resisted by the kurds, who would no doubt join government efforts to rid Syria of Turks.

Do you remember turks taking al bab. Their fighters are not that effective. The army is large but now well experienced, with the exception of the jihadists, who are undisciplined, and do not fare well against Syrian troops in offensive combat. Turkey could certainly provide air support, but Syria has some of the most advanced air denial systems in the area.

Its not clear what the Russians would do. They could for example use the s400 to enforce syrian air space. They could guard syrian troops with their jets, which would force turkey into a serious rules of engagement problem.

Russians would not react well to Turks taking down another aircraft. I do not think this is likely.

Then there is the matter of Libya. Turkey is trying to convince jihadists to go to Libya to save the GNA. Letting SAA take idlib and forcing the jihadists to move to Libya, is actually a clever move for erdogan.

“Its not clear what the Russians would do” It is very clear what Russians would do. Russians will support SAA till they fight HTS and their friends. If it ever turns into SAA confrontation between SAA and Turks Russia will abstain to take side. The only situation in which Russia would be defending SAA directly from Turks. Is the situation where Turks completely abandon Astana agreement and join terrorist against SAA in all out massive attack ! There SAA and Syria would have full Russian unlimited support.

Libya is another story . Russians are professionals and I doubt very much that they mix Syria and Libiya. They are not happy with Turk choices in Libiya but they consider that sovereign right of Turkey.

Aapparently Russian airforce is going to taking out all terrorists hideouts in Saragib. This is in Retaliation of 4 executed Russian forces and desperate attempts of terrorists to attack Hmeimim air base.In today’s quick meeting airforce and Navy and central comand were very frustrated.

After the Russian EW systems took control of the drones it would have been justice if the drones were then diverted to a Turkish Observation post :)

That’s an improve news writing from the same story yesterday that says the Russian air base was under attack by drones only it didn’t reach its ? because it was intercepted causing no damages. So the attack was not an attack. ????

The dumbass terrorists and their Turkey masters are so desperate that they are sending Airfix toy drones against the most sophisticated Russian AD systems.As if a couple of kilos of explosives will make a dent into Russian or SAA defences. Quite pathetic really. They sell better drones at Walmart :)