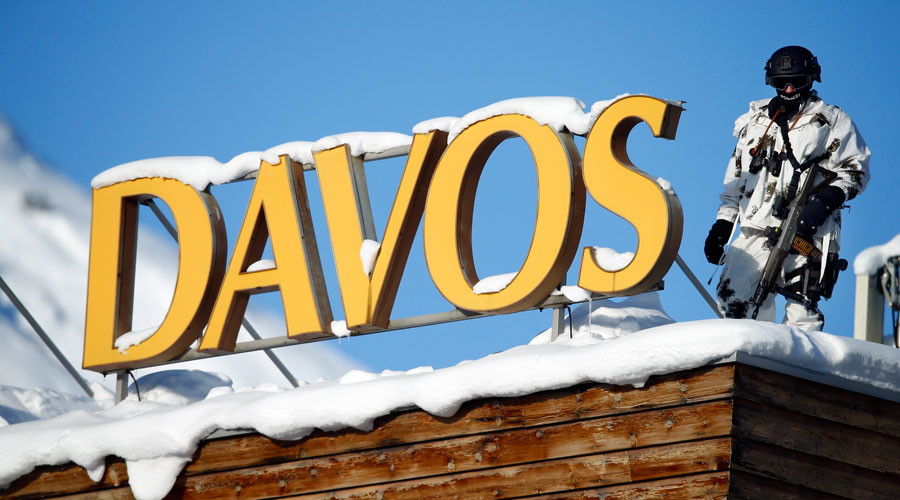 Press Secretary of the Russian President, Dmitry Peskov, commented on the story of the head of the Russian nanotechnology corporation Rosnano, Anatoly Chubais, about “horror” among the vast majority of participants at the World Economic Forum in Davos in connection with the election of Donald Trump as US president.

“We do not know what is taking place in Davos. We are in Moscow. Everything is okay with us in Moscow. There is no horror and we are working,” Peskov said.

Earlier Chubais said in an interview with the radio station Business FM that “perhaps, the most exact description of today’s Davos is the feeling of horror from a global political catastrophe,” replying to a question about the attitude of World Economic Forum participants to the election of Trump as the US president.

Chubais’ comment is a demonstration that there is a notable number of people linked to the global banking cartel among the Russian elite. These people infiltrated the Russian government in the 1990s and since then they have been influencing the Russian foreign and internatl policies.

Contradictory changes of the Russian foreign policy are a result of the ongoing standoff between emissaries of the global banking cartel and a part of the Russian elite defending the national interests.

Meanwhile, Moscow’s steps to weaken the influence of the baking cartel (firing of Finance Minister Alexei Kudrin or dismission of Minister of Economic Development Alexey Ulyukaev) results in a hysteria in the mainstream media and a new attempts to put political and economical pressure on Russia.

However, now, when there are indications that the global banking cartel is loosing its influence around the world and its representatives are scared by this.

Hello, I am very curious if a piece of news is true or false (incorrect) about the current events in Deir Ezzor. Some media outlets – i.e.: the Iranian FARS, which is always very “optimistic” about facts – is saying that Russian forces have used Iskander missiles to strike Daesh targets in Deir Ezzor area. Is this accurate news?/ … Would be nice to be true. Would be even nicer if those strikes have destroyed at least a Toyota Linux with a ZIL mounted on it. But it kinda’ looks like a long-shot … They (RU) have used Kalibr missiles in the past years but for larger, fixed and very carefully confirmed targets. … Interesting, though. The use of cruise missiles is indeed an optino to hit militants in and around Deir Ezzor to weaken their offensive, but … what accuracy can these strikes have?

Hi Gelu. It takes a while for the clear and reliable details to filter out. Watching munitions deployment at any given place, reported on any given day, does not give me solid analytical assistance. I let it all brew for a while and then the direction of things seems to manifest after a bit of time. I wish a good weekend to you.

We’ve been waiting for an article like this for long time. Remember what Trump has said in his inauguration speech. “Their success was not American people’s success”. This is the message that has to get through to Putin. Donald was talking about closed factories and fudge unemployment among the population. I had a opportunity to see the stats on the condition of manufacturing industry in Russia. It’s appalling. Heavy industry is almost nonexistent and that little which is left has been almost exclusively tied up to the military industrial complex and energy sector. When will Russia government start diversifying their economy and stop relying on military industrial complex and energy sector? Surely not before it has dealt with their huge lobby in Russian politics. With Trump’s election America has proved itself again to be a leader in the world. Russia has to catch up.

Despite seemingly awful conditions of our industry we’ve got enough potential to make an explosive growth as soon as aforementioned “emissaries” get kicked out and rouble is allowed to be used for investing, currently shortage of currency is choking all but the most prominent enterprises. It isn’t about local politics, but getting situation right before declaring rebellion against transnational bankers.