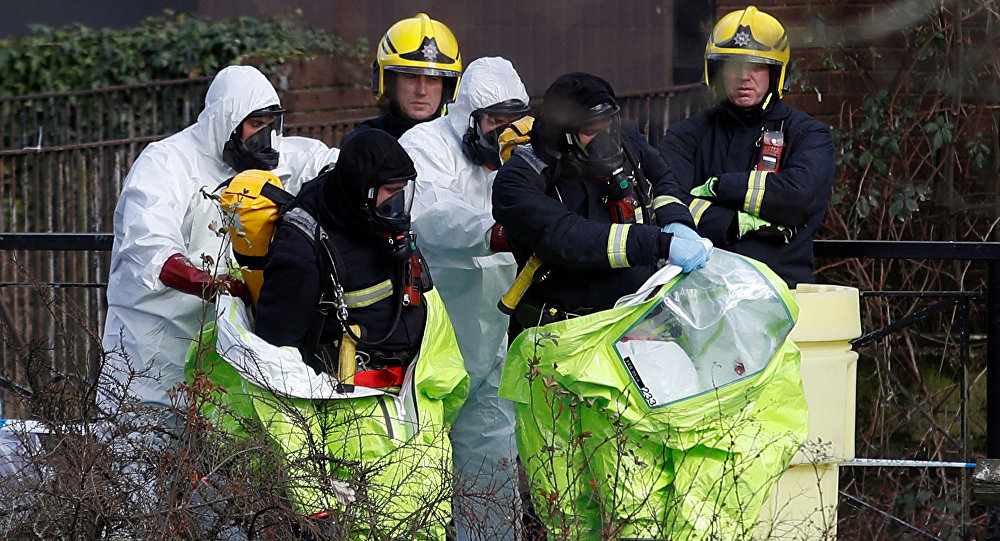 On January 8th, the Russian Embassy in the UK published a press release, commenting on a recent article by the Daily Telegraph alleging that Sergei and Yulia Skripal are still in the UK and are possibly still working for the British security service.

The Daily Telegraph article claimed that British authorities had established full details of the failed assassination attempt of Sergei and Yulia Skripal.

Despite allegedly knowing all details, Sergei and Yulia’s location has remained completely hidden for the public, as well as for their relatives. In addition, British authorities are yet to provide any conclusive proof of their allegations against Russia or provide any detail on what the Skripals were doing on the morning of March 4th when they were moving towards the Porton Down laboratory, with their telephones allegedly switched off.

The Russian Embassy’s statement makes a good overview of the Daily Telegraph’s article, including comments on its allegations:

“An unnamed “government source” says the authorities “know everything worth knowing”. Yet, the investigation has still not been allowed to inform the public on where Sergei and Yulia Skripal went and what they did after they left home in the morning of 4 March, moving towards the Porton Down laboratory with telephones allegedly switched off. The identification of the suspects, Ruslan Boshirov and Alexander Petrov, is based on no evidence apart from them being filmed several hundred metres away from Mr Skripal’s house. Of the 11,000 hours of CCTV recordings, the public has been able to see a few seconds. It is still unknown whether there was a CCTV camera on Mr Skripal’s house, and if yes, then what has become of its recordings. Probably the authorities don’t consider these details “worth knowing”, since they came to “conclusions” almost immediately after the incident. But reasonable people in Britain, Russia and elsewhere would like to see more clarity.

As regards the reports on the Skripals living in the South of England, on their changed appearance, on Yulia having been offered a job requiring Russian language skills, on her contacts with friends, etc., careful reading reveals that these are mere suggestions by people who claim to know the manner of work of British secret services in similar situations. This is speculation not deserving a serious comment. The facts are different: Sergei’s elderly mother has not been able to speak either to him or to Yulia ever since March (as shown in the recent BBC documentary), while the UK government, in violation of its international legal obligations, continues to reject the Russian demands for a consular visit to the Russian nationals, to conceal their whereabouts and to deny assistance to Russian investigators.

This means that the Russian nationals, Sergei and Yulia Skripal, remain forcibly held by the UK, while true circumstances of the 4 March incident have still not been established. No amount of leaks and “expert” comments can remedy this situation.”

Furthermore, on January 8th the Daily Telegraph reported that the British Army is to “dismantle” the Skripals house as part of the investigation in the incident.

This is a planned part of the investigation, following the March 4th poisoning, since it is believed that a door handle on the property was used to administer the alleged “Novichok” nerve agent.

“The next, more extensive phase of the operation was due to begin on January 7, according to the letter. Dated January 4 and signed by the council’s director of public of health, Tracy Daszkiewicz, it told residents that contractors would spend the first month erecting scaffolding to cover the house and garage with a ‘sealed frame.’”

For the purpose, the roof of the house will be removed, all materials inside will be wrapped and sealed on site before being removed from the premises. When the military personnel carry this out, contractors will move in and install a replacement roof on the house and garage.

In addition to the Skripals, Wiltshire Detective Sergeant Nick Bailey was also believed to have come into contact with the Novichok nerve agent. In addition, Dawn Sturgess, 44, fell ill in Amesbury months after the incident and later died in hospital, after coming into contact with a perfume bottle allegedly filled with Novichok. Her partner, Charlie Rowley was also exposed to the agent but recovered.

And the soap continues. Thankfully everybody seems to be more preoccupied with Brexit then to pay much attention to yet another Skripal story.

This affair is still going on? Give it a rest already, Britain. You’re embarrassing yourselves.

The needle on the Silly Meter just moved into the ‘Very Silly’ zone.

Ross
Reply to  You can call me Al

The Scripal nonsense is no longer the British Theatre of the Absurd. It is in fact a rather amateur British Pantomime.