Russia and Egypt have begun joint naval drills that will take place in the Black Sea for the first time ever . The Press Office of the Russian Navy’s Black Sea Fleet announced in an official statement that delegations of the Russian and the Egyptian navies had held a three-day conference to prepare for the joint exercise “Bridge of Friendship -2020,” which will be held in the Black Sea until November 24.

“The drills aim to strengthen and develop military cooperation between the Egyptian and Russian Navies in the interests of security and stability at sea, and to exchange experience between the personnel in thwarting various threats in the areas of intensive shipping,” the statement reads. Due to the storm, the training are currently taking place on the shore. Joint sniper exercises took place in the Russian city of Novorossiysk. On November 21, warships of the two countries will start the naval part of the drills.

During the exercise, warships of the Black Sea Fleet and the Egyptian Navy will practice measures with the support of aircraft to defend sea lanes against various threats. Naval forces will be also deployed to organize communications and resupply at sea.

Russian and Egyptian naval sailors will also practice different protection and defense tactics under the command of the drills’ joint headquarters. The forces will also carry out missile and artillery firings.

A spokesman for the Egyptian military, Bridger General Tamer Rifai, said Egyptian vessels and units, which will take part in the drills, arrived at Russia’s Novorossiysk seaport two days ago after departing a naval base in Alexandria.

According to the spokesman, the drills are meant “to enhance the prospects for military cooperation” between Egypt and Russia. Both the Russian and Egyptian navies are facing serious maritime challenges, especially in Eastern Mediterranean. The joint drills will further improve cooperation between the two capable naval forces. They seem to be a signal for Turkey that has significantly increase its influence in the region.

Be interesting to see if the Russian navy operates it’s own forces from off the two Mistral’s (L1010 and L1020) that Egypt operates.
Perhaps chartering the vessels (amphibious assault ships) for Syrian and Libyan anti-terror operations.

There is no tripple spear there. What a joke. And against or for what ???

Both the Russian and Egyptian navies are facing serious maritime challenges, especially in Eastern Mediterranean. The joint drills will further improve cooperation between the two capable naval forces. They seem to be a signal for Turkey that has significantly increase its influence in the region

..Egyptian army is number 22 in my list by major surface combatants..which capabilites???

Your navy is better for the time being..

We komsou learned in the rest of the world to make ships ….

Greeks are handy and familiar with sea waaayyyyy than we are….xD

I can be in the sea for hours swimming … in the deep.

ı love to dive as well..ı have padı and cmas certificate in scuba..

yes but izmir is better than Antalya in this case…

Yes, Smyrna is better … it has another aura … and sea.

On the small island of Oinousses near Chios … I have caught the best fish … it is a very small island and you walk it all in 15 minutes. It also has a mermaid as soon as you enter the port … just like in Denmark. 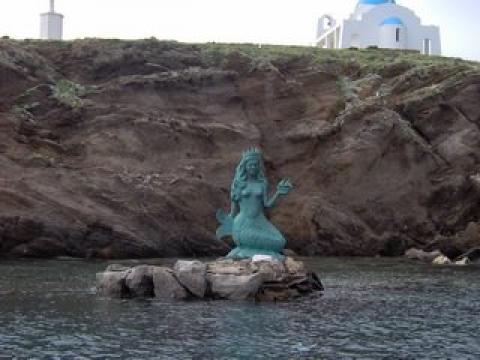 Its nicer then Our marmaide.

Yours is a mulism catcher. They have to close their eyes, when they pass and then You can rob them and their wrecks :)

The “ship of Odysseus”: The oldest intact shipwreck in the world was found – Ancient Greek ship 2,400 years old

And something else, 10,000 years ago there was no Israel … the whole region of the Mediterranean along with Egypt and North Africa …. was called Ogygia … and the Emperor of the world was Proteus. !! The Argonauts, before entering the hollow ship … swear on it. We Greeks have a history of over 40,000 years on the planet.

Fog of War
Reply to  ΠΑΡΜΕΝΙΩΝ

ΠΑΡΜΕΝΙΩΝ
Reply to  Fog of War

Yes, they and the Klingons are first cousins and they came to us from another galaxy! Hahahaha

The Greek pantheon is really just star history. You think all those legends took place on Earth?

And the fist translated text of hebrew scolls were done by greeks (orthodoxy)
so?

Behind Greek mythology are hidden real events that took place both on earth and in the universe. As long as one can de-symbolize them. The Trojan War, for example … was the first world war of that time. And the army of the Achaeans was something like today’s NATO ….. because as then and today in NATO (Agamemnon was the leader of many peoples) inside there are many countries, many peoples …. but only the Myrmidons of Achilles was called Greek by the ancient poet Homer.

But Egypt is useful to Russians…both stopped GNA&Syrian terrorist& and Erdogan sultanate to retake Sirte..Russian PMC on ground, Fighter jets deployed in Al Jufra and Egypcian army ready to support….therefore a good alliance.

of course Egypt is useful to Russia thats another case..besides its loyal customer for you(ı assume you are russian)..Sirte case we discussed before needless to repeat..

Turkey is most important customer for Russia than Egypt…in all areas included tourism but not in military weapons trade and Geopolitical interests because Turkey is a NATO member and play in tune with western interest as we have seen in Syria, Ukraine, Balkans,Libya…

be brief please…how we play in tune with western interests in Syria,ukraine and libya?…also define me west…

Its easy to respond..Turkey play in the same team as west in Syria..the main purpose is to expel Assad, Russian naval base and Irani influence even Trump allowed Turkey to attack his proxies SDF and YPG in Afrin and Northeast, in Ukraine Turkey support Maidan regime and the return of Crimea beside sell TB2 drones, in Libya except France and Greece..NATO in general support GNA govenment despite the rise of ISIS before LNA and Haftar became an strong force in Bengasi.

Turkey played but not playing in the same team with west İn syria..thats why coup happened..Russian naval base is handy and helpful to us,remember Russia allowed Turks operation in afrin not usa…northeast is complicated because none of the actors of syria is confirming our operation especially deeply engagement till to rakka…We can sell tb2 drones to anyone do not overestimate tb2 as if it is cruise missile with 800 km..we did not support maidan regime(can you supply me any proof?)no you can’t..nato in general didnt support gna..especially Eu with Operation EUNAVFOR MED IRINI didnt allow our weapon transfer to libya mostly…

Egypt has been ISISrael’s bitch for 50 yrs, and they’ve got Turks deployed in Lybia. Erdogan sure must be “very afraid” to see Egyptians in the Black Sea.

Next: Joint Russia-NATO exercises, because NATO has no idea what it is doing or what it has to do.

When Assad is gone, Russia will be doing drills with the Rothschild neocolony in the Golan Heights, it’s part of Putin’s strategy of business and partnership with everyone. 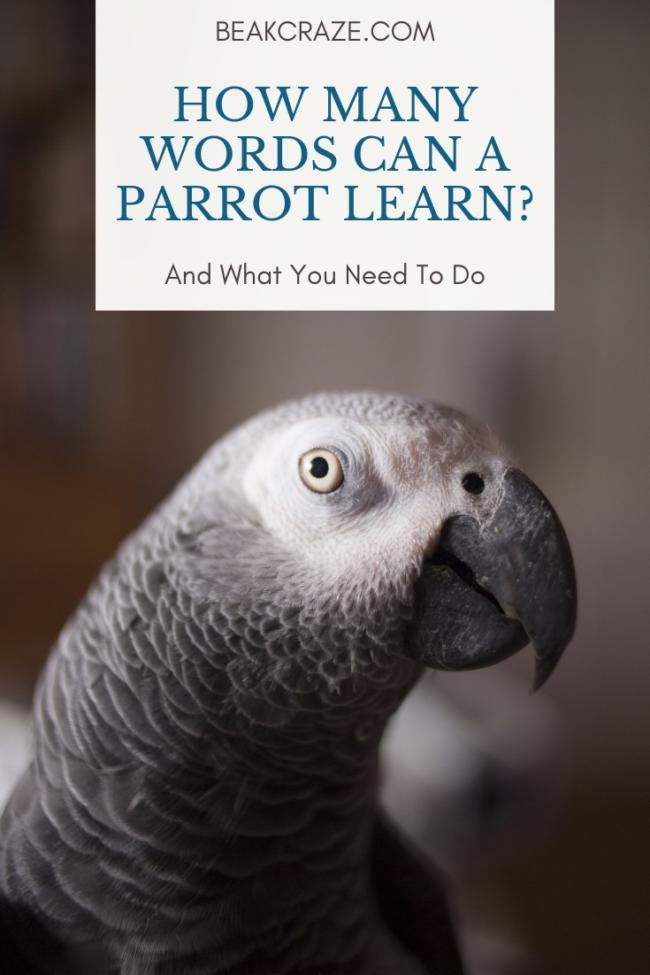 likely more than a pig…LOL

Or a drunk Ruskie.

The civilised world can count the alcohol consume per capita because the buy it from the legal market not from some illegal basement improvised distilleries, made from fermented cow shit and rat poison.

If I took a shot everytime you write “business and partnership” I would be dead. deader than bidens voters

They will all be dead by then and no putin keeps the peace rather than serve p00fs!

Nato actually are there already. Its much more, that Russia is there too.

You have no idea abouthow things are there and who is who and who is doing what i those regions.

Actually Turkey, Romania and Bulgaria are members, so there are no problems

Most excellent Comrades ?
Pimpeo will cry and rage…

That fat Bitch Pompeo is busy giving a blow job to Zionist settlers.

He and Putin taking turns to suck those circumcided cocks.

So much for you serious wannabe homosexual limp wristed trolls,where reality is he could snap both your wrists clean in a jiffy,ASSFLOGGEDS!
So you love it up the ass then eh wannabe poof,in your dreams incests!
Lowlife degenerate mongrel class of fascist trolls are the PRO P00FS!

“How many words can a parrot learn”?

Putin don’t nor ever need suck dk,just because bandeira had the dream to hitlers!

You are in denial phase

Haha. If You put soap on him, he will kind of expire:)

Obviosly since he will run from the soap with the speed of light.

Baindeira troll,begone,either way no freedom for you too,degenearate lieing shill,
hope you make use of your salary to lie against the just,carefull what you wish for!

Should I be scared?

As does Australia to be frank,needless to say massive exports to nth korea too,cough’cough:

Russia sure loves holding drills with lap dogs of ZioAmerica and Israhell. Maybe some drill with Canada next, eh ?