According to the Deputy Permanent Representative of Russia to the UN, the situation in the Middle East is “disheartening”. Hundreds Syrian civilians were killed or wounded as a result of the US-led coalition’s air strikes. 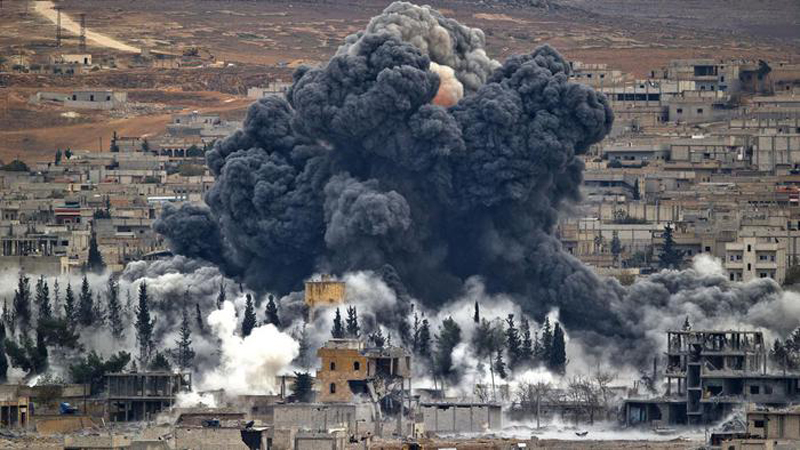 The Deputy Permanent Representative of the Russian Federation to the United Nations, Evgeny Zagaynov, said that the situation in the Middle East is “disheartening”, the RIA Novosti news agency reported on Wednesday. In particular, Zagaynov was referring to Syria, where only the US air strikes killed dozens of civilians in recent weeks.

Speaking at the Security Council meeting, Evgeny Zagaynov expressed a “serious concern” about the destruction of schools, hospitals and other objects of civilian infrastructure. The diplomat also noted the danger of armed conflict for children.

“Cases, where children become targets of deliberate attacks, can be called a modern barbarism,” Zagaynov said.

“The situation in a number of Middle Eastern and North African countries remains disheartening. Only in the last few days and weeks, dozens of civilians, including women and children, have been killed in Syria, as a result of the US-led coalition air strikes,” the Russian diplomat said.

According to the Syrian Ministry of Foreign Affairs, the latest bombing of Ghandur village in the northwestern countryside of Manbij city killed 45 civilians and wounded 50 others. On July 19, the coalition’s aircraft also bombed Toukhan al-Kubra village, where three hundred Syrians became victims, the SANA news agency reported.

At the end of July, it became known that dozens of civilians were killed during the air strikes targeted the village in the north of Manbij, in Aleppo province.

The international coalition against the terrorist group Islamic State, which was established in August 2014, consists of a few dozen countries. The general management of military operations is carried out by the US.