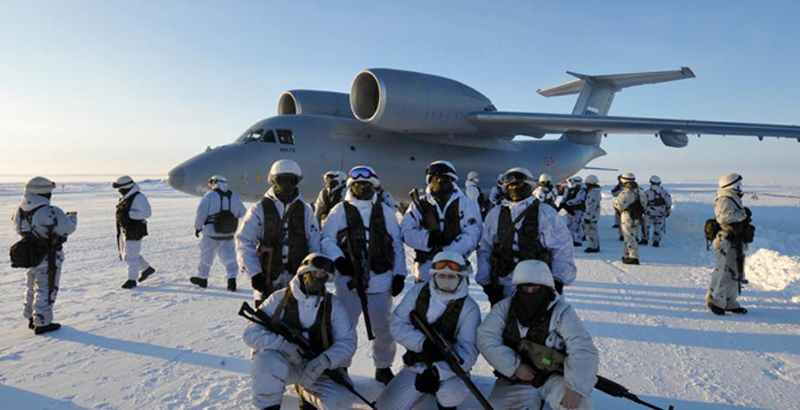 The Russian Defense Ministry intends to build and reconstruct 10 airfields in the Arctic in order to strengthen Russia’s presence in the northern latitudes, the TASS news agency reported on July 11, citing the Izvestia daily newspaper.

According to the Izvestia daily newspaper, the Russian Defense Ministry plans to deliver more than 100 tons of material resources to remote military garrisons in Arctic. These resources will be used for building more than 150 facilities – lighthouses, islands, and military units.

“Russia’s Federal Agency for Special Construction (Spetsstroy) is building military infrastructure facilities on six islands in the Arctic”, a ministry official told the newspaper. “The Northern delivery is planned for the favorable weather conditions period in order to safely ship cargoes to the most difficult in terms of delivery and unloading places”, the unnamed source said.

In addition to material resources, military garrisons will receive more than 190 tons of inert and construction materials – cement, aerodrome plates, pipes, metal, fittings and equipment for building the facilities.

The Russian Defense Ministry’s units will be deployed in Arctic until 2020. As of today, the Ministry is developing infrastructure facilities for more than 20,000 servicemen, their families and civilians working at the Defense Ministry facilities in the Far North, Siberia and the Far East.

In late 2015, the equipping of six Russia’s military bases in the Arctic was completed. “According to the General Staff’s execution documents, the work for the deployment and equipment of six military bases on the Arctic islands and in the polar part of mainland Russia is completed,” a high-ranking source in the Russian army’s General Staff said. The source added that these bases were deployed on the islands of Kotelny (New Siberian Islands), Sredny (Severnaya Zemlya), Rogachevo settlement (Novaya Zemlya), Alexandra Land (part of the Franz-Joseph Land archipelago), Cape Schmidt, and Wrangel Island (part of the Chukotka autonomous area).

is there a map of this

what is the point of white camuflage if te vest is dark?