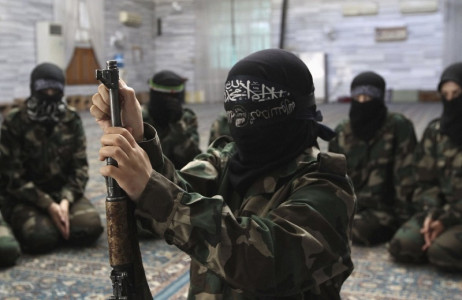 “According to data we received from representatives of the Syrian opposition, terrorists are training teenage suicide bombers for terrorist attacks in the governorates of Damascus, Homs and Latakia.

The oldest of the bombers just turned 16 and the youngest 14 years old, as Konashenkov reports.

The Syrian civil war was borne out of the Arab Spring of 2011 with the government army fighting opposition factions and terrorist groups. The most active are militants from «Islamic state» and «Jabhat al-Nusra».

Militants from the Jabhat al-Nusra and Harakat Ahrar ash-Sham…. I am politically incorrect, I say militants from CIA.