On November 14, the Russian Defense Ministry released a series of photos allegedly showing an ISIS withdrawal from the Syrian city of al-Bukamal. The ministry said that the US-led coalition assisted the ISIS terrorists withdrawing from the city.

However, the photos were fake.

One of the photos was just a part of the AC-130 Gunship Simulator video. Others were screenshots from videos showing airstrikes against ISIS in Iraq.

Previously, the US Defense Department was the key body affected by this problem. The Russian Defense Ministry was aiming to rely on facts. However, now we observe another fact showing a mistake or a forgery from the Russian side.

The question appears: what is this?

By 13:03 CET, the Russian Defense Ministry had deleted the photos from its social media accounts.

the world should realise who the real fakes are by now – if not, they must be lapdogs and are as bad as their evil masters

Releavnde = 0 , You are 0, You probatly wash toes in butter and eat soap, where You are.

No, they did not.

How a screenshot from a game mixed up with military aerial pics?
I’m more inclined to believe it was an act of informational sabotage.
This way they will dismiss any future evidence of US-ISIS collaboration the Russians provide by reminding us all about this one single photo.

Its not the first time. But this accusion is a very big one and people has believed it.

Thats not mixted up and a systematic russian sabotage of facts.

You’re right – that Jensy troll already jumps at this opportunity. They must be feeling very smart now but they forget one thing – the truth is much more sustainable than their lies and provocations.

Google is paying 97$ per hour,with weekly payouts.You can also avail this.
On tuesday I got a brand new Land Rover Range Rover from having earned $11752 this last four weeks..with-out any doubt it’s the most-comfortable job I have ever done .. It Sounds unbelievable but you wont forgive yourself if you don’t check it
!fe220d:
➽➽
➽➽;➽➽ http://GoogleLegitimateGuruJobsFromHomeJobs/get/hourly… ★✫★★✫★✫★★✫★✫★★✫★✫★★✫★✫★★✫★✫★★✫★✫★★✫★✫★★✫★✫★★✫★✫★★✫★✫:::::!fe220lhhh

No tudor, the sheeple always remember the one lie and forget the many examples of truth.

I agree, the first lie is IMPORTANT, but to stick around in human consciousness the lie needs to have a piece of truth, as in “Hands up , don’t shoot”.

Sheeple can do what ever they want. After all one should respect other people and even respect their right to remain ignorant – that’s their choice.

The Israeli, American, French, and NATO made weapons found by SAA that the terrorists used is evidence enough!

You know, that these were the weapons from the fleeing Iraqi military though right? I mean you should know that basically every Hummvee, M4, M16, M40, Mortars, Artillery pieces, basically everthing was supplied by the US for the Iraqis during operation Iraqi Freedom.

What kind of weapons of israeli origin were found in ISIS stockpiles? Enlighten me.

The Iraqi’s fled (according to the Yanks, who had to have someone to blame for their own incompetence) and the weapons got to Syria? Did the Yanks take them to Syria, as well?
Think, Gabe, think!!

First off, only the Iraqi army was in mosul during the time of attack, so the “yanks” couldn’t have fucked up, since they were not present.

You are such a fool, Gabe. You seem to believe Yanks can never F*** up. Well, let me tell you something. They did in Iraq, from the beginning, and that is why we will be seeing them in court, all of them, at the International Criminal Court, as defendants, starting with the arch neocon, Douglas Feith, and continueing with Rumsfield, Gonzales, etc. etc. and etc. What do you say to that, moron? Marching Moron, actually.—KiraSeer

Secondly, after ISIS took mosul, they looted it for weapons armored vehicles, which explains why they are driving so many soviet era tanks and APCs in their mosul propaganda videos.

Last but not least, the “yanks” didn’t take the weapons to syria, because they did not loot mosul, ISIS did. And when you have a war to fight you try to administer your equipment. Since Iraq was easily conquered (Iraqis run fast) they transported the weapons and equipment to syria (Syria and Iraq are neighbouring countries) to fight assad and the kurds.

Right. “Pears I’m (or was) talking to a Yankee poor loser.
Learn some real history, will you?

“Bellingcat” was in on the ‘debunking’. I think he sets up accounts in Russia to find the ‘evidence’ he wants.

if the russians are so easy to troll, and so often it happens, i don’t see how this makes them less ridiculous.

Thank you for keeping the Russian Defense Ministry’s feet to the fire.

Very cheep only with 20 toes for that. Its systematicly manipulations made by many clever people on all levels. Kind of making a car.

Sometimes I wonder if the world is just plain going insane. Anybody?
Not this particular article, but for some other news events…

You can call me Al
Reply to  Kira Binkley

I have even got to the stage, on occasions, where I reckon we are in the matrix.

I agree. Most people here prefare the killings should go on and peace for them is only, when all others are dead or kissing their feet.

More like we are not allowed to fight for the good girls and guys to win.

US has and are making their own dirt as well.

It’s unlike the ministry to make such an embarrassing error, traitors in the ranks?

Its all the way up and down and not only in this camp. Very optimistic to tell the wars there only are made by some minister.

No, just deception in the “void”.

Those statements and photos were false to make us believe the forces of isis was larger than it was.This deliberate and misleading fake news from the russian defence ministry was to divert attention from the humiliating loss, and high casualties among the pro goverment forces most of them hezbollah who faild to capture the city.The pro goverment forces atacking isis in Abukumal is estimated from 3000 to 4000 strong, this force was aided by russian ground advisers and the russian areospace. This fortified city was defended by 800 to 1100 isis fighters who put up fierce resistance. It is believed among those isis fighters there are some 300 heavily armed elite units of the islamic state with heavy weapons and high ranking commanders, including their leader Abu Bakr Al Bagdhadi, thats why the isis units are putting up a unbelievable stiff resistance against staggering odds,
in other words All in for them victory or martyrdom﻿ in the last strong hold of the so called islamic state.

Your internet nik is misleading. Better use “snake” or some other reptilia – that would be more descriptive.

Yeah we se who the SNAKE is here in this video you SHEEP..

You can hate him all you like zionist dupe but if you are an islamist headchopping ibn keb you can go fuck your 72 fat bald male virgins in paradise.

You are the FAGOT you filthy piece of shit

Actually it is your headchopping pals who are faggots.we got to see the gayporn on their computers and saw the blackmail videos they took of themselves having gay sex with stupid volunteers from overseas.

We saw how they gave them captogon and fucked their asses and then said you must keep fighting for us isis fsa headchoppers and never go home or we will put the gay sex on the internet and your family will see you homo.

We know gay sex man rape is happening all over libya due to your zioyanqui nato democracy. I know what you types are and when the time comes those who invented and nursed you will face justice as well.

This is last time i comment to you for some time, Lion.

Piss off asshole.you are the troll.read your initial comments and see you initiated it.

I gave you and out asswipe by saying you can hate him all you like.however, you reacted hatefully telling me you belong in the group putin wants to help go to paradise.

As for calling me a donkey.it is no insult to me.im Christian,so being called that by someone like you means nothing.the dobket is jesus’s own animal.he CHOSE to ride into Jerusalem on obe because it is gentle and innocent and peaceloving.

So to end, you better hope your american and zio friends keep supporting you because when that stops all right thinking moslems and non moslems will come ro squash you like insects. You are after all no longer fit to live amongst us in society after all the High Crimes your kind committed!

I bet you are an erdoganite turk.

YES I AM ERDOGAN I AM HTS , I AM ISLAMIC STATE I AM EVERY ONE WHO FIGHTS THIS DOG ASSAD. SO NOW YOU ALL NOW WHO I AM HAPPY YOU FUCKING SHHEP

Direct false news makes no sense at all ! With everybody seeing photos and video on the net.
The #5 picture I recognized right away as ISIS being hit vacating Fallujah, Iraq from last year.

Ok i agree but it was misleading

Says the commenter showing a fake face and name…. 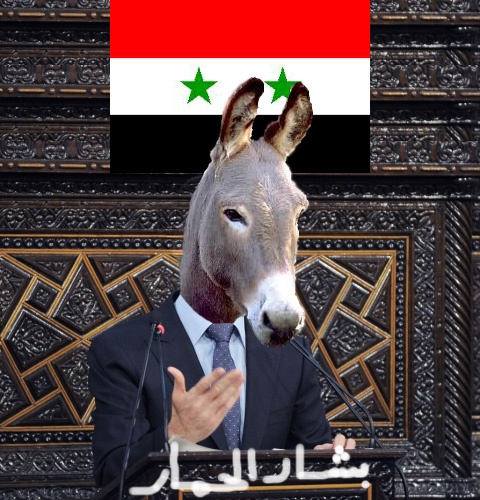 Where’s the updated report with the correct photos? Is Southfront prepared to give ammunition to the White House’s Ministry of Bullsh*t now? I expected to see an up-to-date story here, but I’ll give you guys the benefit of the doubt. As for the Pentagon, there have been so many different reports of US and “coalition” assistance to ISIS without any reaction – why would we expect one now? In fact, it seems the only reaction is to quickly spot this headline and exploit it for propaganda effect – is it not more likely this was a simple mix-up of image files?

The truth does not market the false yes.