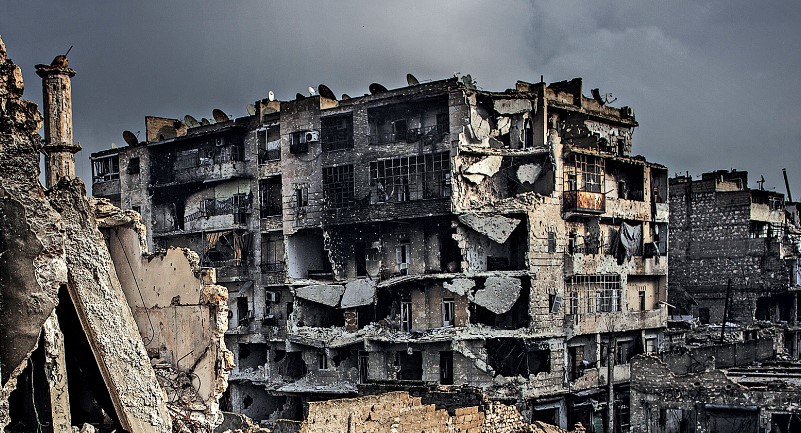 Mass graves of torture victims have been uncovered in the Syrian city of Aleppo, the Russian Defense Ministry announced on Monday.

“Mass burial sites of many dozens [of Syrians], who had been subjected to brutal torture and [then] murdered, have been found,” Maj. Gen. Konashenkov said. “In many cases, body parts are missing; most victims had been shot in the head. And this, it seems, is only the beginning.”

The Russian general emphasized that the cases are being thoroughly recorded as heavy war crimes to be put to maximum publicity “so that European backers of the so-called opposition in London and Paris are well aware of who their wards actually are.”

Konashenkov added that militants of the “moderate opposition” mined in eastern Aleppo nearly everything: streets, entrances to premises, and cars.

Last weekend, reports appeared that militants executed over 100 captured soldiers of the Syrian Army before leaving the last neighborhoods of Aleppo.

Make sure that observers of Amnesty are there as well. They may be partial against the Assad regime, but they have spoken out against ‘Rebel’ abuses in the past as well. The evidence will be harder to ignore if it comes from more then just the usual suspects of Assad government/Russia/Iran. Those will be cheerfully ignored.

The more the better. The people of the US/EU/NATO/GCC countries must have no place to hide from the nasty deeds of their “leaders” and media.

For your information, KGB ceased to exist, twenty years ago. A friendly advice, do some research next time before commenting, so you can avoid embarrassments like this in the future.

You disgrace the good name of Marcus Aurelius. Have you even read his “Meditations”? He was a man of deep thought and constant investigation Something that you should try.

You could be correct. All information coming out of a war zone is suspect. Personally I don’t believe press releases from either side without corroborating evidence from another source. However the absolute drivel coming out of western MSM like the white helmet campaign, the framing of “moderate opposition” as plucky rebels instead of terrorists and the 25 reported “bombings of the last hospitals in Aleppo” is most definitely bullshit.

If this is propaganda at least it’s in the realm of the believable. Only an idiot would believe the MSM’s version of events, How does anyone with an iota of common sense believe the bullshit coming out of western media?

They will not tell you , they will make you believe…

You don’t seem to have given sufficient thought to what it is like to live in a Communist system. KGB officers, Stasi officers, and the military Political Officers in the Warsaw Pact typically hated the inane propaganda even more than the average citizen, because they a.) knew better than anyone else that it was inane, and b.) had to hear it a lot more often. They were the people most likely to be tuning into western radio and TV, not because they believed what the West said either, but just for the variety.

As a result, all the former KBG people who continued careers in the FSB have generally instilled a real loathing for that kind of thing into the organisation, and they are the last people who want to make that stuff up. Let some over-enthusiastic journalist do that if they want, but they’ve got real intelligence work to do. There are far too many CIA and MI6 assets trying to penetrate the country for them to have time to waste on that kind of nonsense.

If a terrorist group like Zinky can slaughter a child then this is also possible. The obambomb main objective was to destabilize Syria and this cost how many innocent people lives it doesn’t matter.

The Eye
Reply to  Stephen

As the years roll by, the stink over what happened in Aleppo and Syria in general, is going to grow in geometric proportions. Although some of it is going to be victor propaganda, the bulk will be testimony to the horrific calculations made in creating and persecuting this war. I think disgrace will fall on many of the current mighty. It is my take on this. A good day to all.