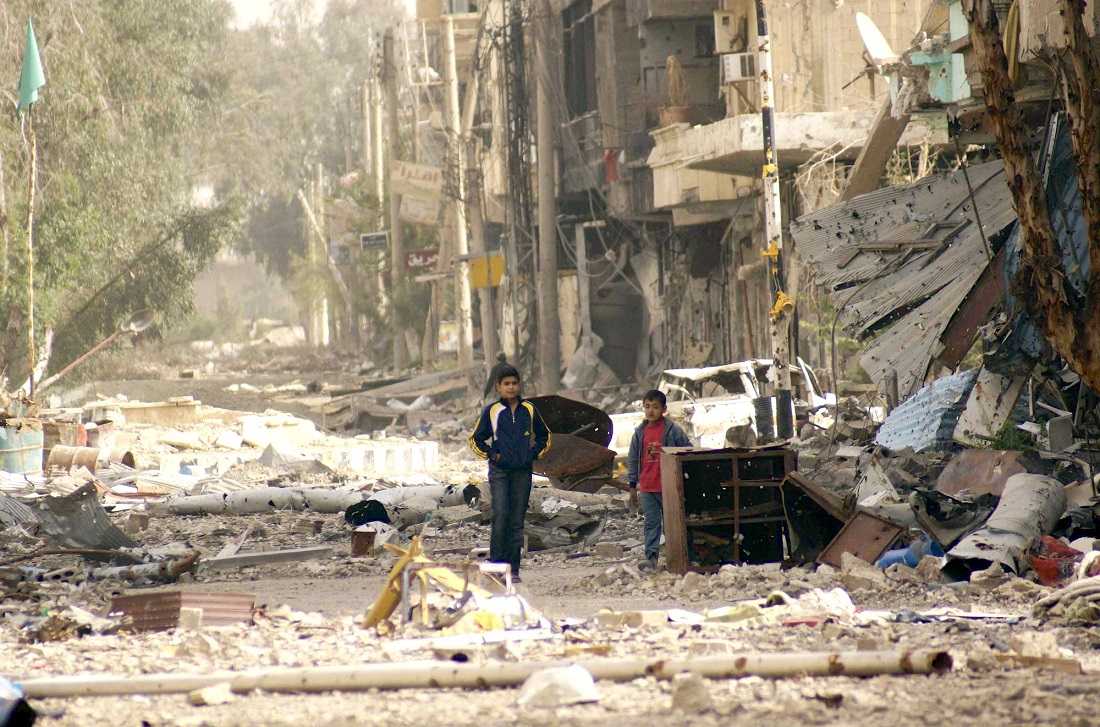 Russia’s Defense Minister Sergey Shoigu said that such crises like Syrian war can soon emerge in post-Soviet republics of Central Asia and the Caucasus, prompting Russia to respond.

“Analysis of developing [security] situation in the world suggests that short-term risks of armed conflicts persist,” the Defense Minister noted, speaking at a scientific conference on Russia’s anti-Islamic State (IS) operation in Syria on July 15.

“In these circumstances, Russia will be forced to adequately respond to potential threats,” the minister added.

According to Sergey Shoigu, the anti-IS operation in Syria decimated Islamist groups made up of fighters coming from other states, including Russia and other post-Soviet countries. He noted that around 4,500 nationals of Russia and post-Soviet countries have joined IS and other terrorist organizations in early 2015. “It is easy to forecast where they could go if Syria failed as a state,” he said.

The Defense Minister acknowledged that during the Russian military operation in Syria, over 2,000 fighters who came to Syria from Russia, including 17 warlords have been killed. He also noted that all of them sought to propagate radical Islamist ideas and wage jihad in Russia.

Central Asia is one of the most-populous and poorest regions of former Soviet Union whose stability is very fragile. Over the past few years, Afghanistan, already torn apart after decades of never-ending war, has seen IS envoys, instructors and recruiters, who tried to find local allies.

“There are now 10,000 IS fighters in Afghanistan. A year ago there was a hundred. This growth over a year is spectacular,” the head of the Foreign Ministry’s Asia and Middle East Department, Zamir Kabulov, said in April.

IS recruiters use stagnation, economic downturn, and shrinking job opportunities for Central Asia’s youth as an advantage for finding a way for the terror group’s pivot to the region, despite governments’ efforts to fight Islamist propaganda and radical leanings among Muslim communities.

According to earlier reports of local media, IS is present in Central Asian countries, either as sleeper cells or in the form of recruitment infrastructure that selects and sends young people for jihad to Iraq and Syria.

Kazakhstan, Kyrgyzstan and Tajikistan are members of Collective Security Treaty Organization (CSTO), a Russian-led security alliance mostly designed to protect the region from outside threats.

Russia has to use tactical nukes against them.

Technically no. -They are too scaterred to be able to bomb them. Legally no. -It is not really in line with Russian Military Doctrine on use of Nuclear Weapons.

Russian special forces need to get with the program. And hunt down the creators and enablers of ISIS. Mossad, SAS, Mi6 and so forth. Work closer with Iran and Lebanese and good Christians in Europe and USA who are willing to provide intelligence on the Mi6 and SAS and Mossad who equip and fund international terrorism.