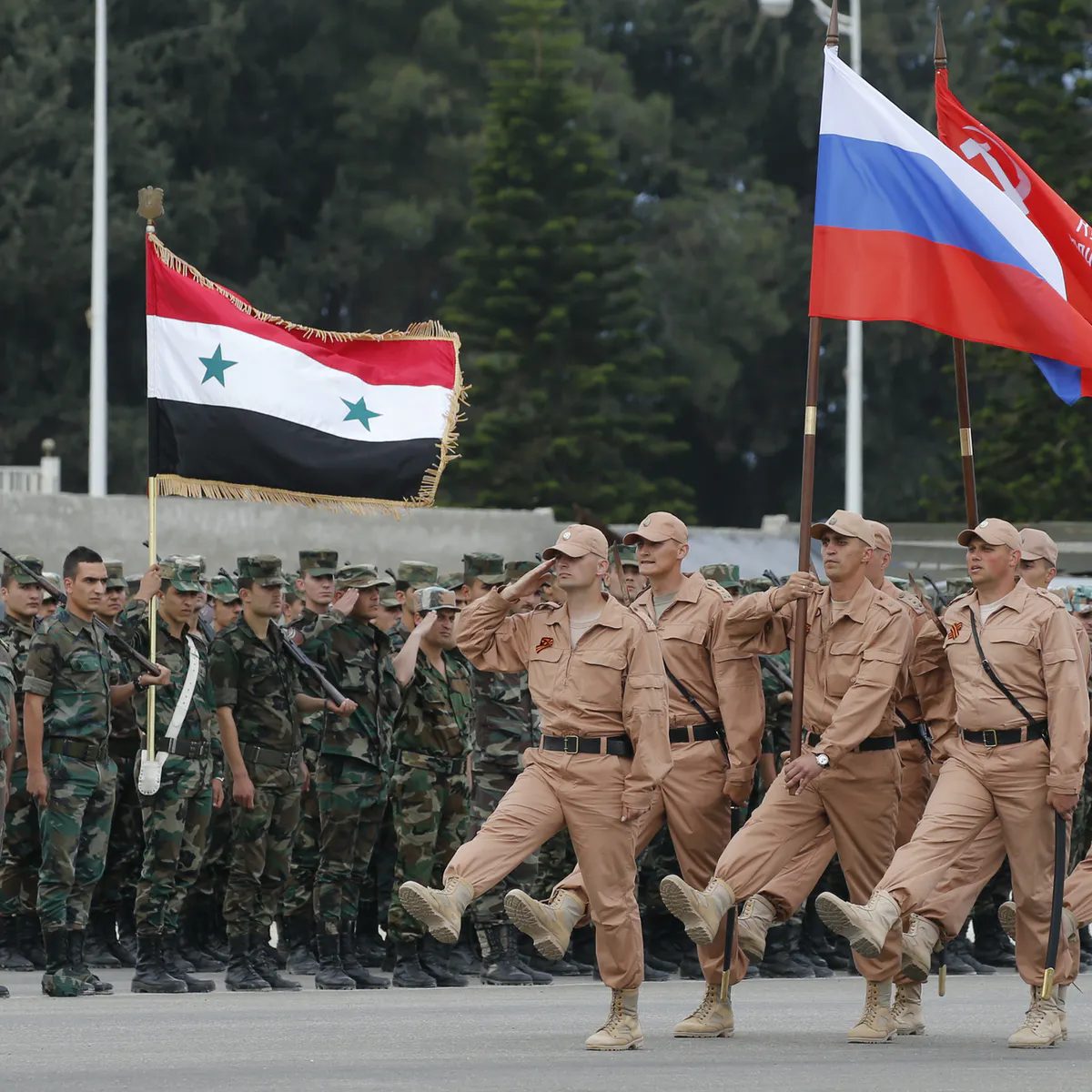 September 30th, 2020, marked exactly 5 years since the beginning of the Russian operation in Syria.

It began after Damascus issued an official invitation for the Russian army to help the Syrian people and liberate the country from international terrorist groups.

On this day in 2015, the Federation Council gave its consent to Russian President Vladimir Putin to use the Russian Armed Forces in Syria. The decision was a response to the official appeal of the Syrian president Bashar al-Assad.

“In the specified period, the situation in Syria turned out to be critical. The emerging situation threatened the defeat of the active army and, as a result, the collapse of the Syrian statehood itself. Terrorists controlled more than 70 percent of the country’s territory, continuing to advance in all directions, pushing government troops from their positions,” Russian Defense Minister Sergei Shoigu said in an interview.

The minister recalls that with arms in hand against the Syrian state and the people of Syria were “ideologically motivated, worthy militarily trained armed formations, whose members opposed themselves to the rest of the world.”

“Sometimes in the discussions going on to this day, the question arises: did Russia do the right thing in taking on that difficult task? But every time it can be argued that the mission was necessary in Syria, and the decision to start a military operation was correct, if not the only possible,” said Shoigu.

The active phase of the Russian operation lasted 804 days, from September 30, 2015 to December 11, 2017. By its beginning, terrorists controlled more than 70% of the territory of Syria, attacked in all directions and pressed government troops everywhere.

“At some point, it became clear that this force was no longer a direct threat to the region, but to the whole world. Including Russia. It was a structure that planned to impose its own order on all mankind in the future,” Shoigu emphasized.

Shoigu explained that Russia managed to prevent the collapse of the Syrian statehood, stop the civil war, defeat ISIS, and also inflict serious damage on the entire international terrorist underground, disrupting its channels of supply with resources and finances.

In addition, more than 3,000 Russian citizens who had left to fight in the ranks of terrorist organizations and who planned to engage in terrorist activities upon their return were prevented from entering the territory of Russia. From a geopolitical point of view, with its military presence in the region, Russia was able to maintain the balance of power in the Middle East and act as a key guarantor of regional security.

More than 130,000 terrorists have been killed since the beginning of the Russian military operation in Syria.

“With the support of Russian aviation, the Syrian armed forces liberated 1,024 settlements from terrorists, as a result of which 88% of the country’s territory came under the control of government troops and militias.

Today, the Syrian government controls 1,435 settlements. Fulfilling the tasks of combating terrorism in total, the Russian Aerospace Forces flew over 44,000 sorties in Syria. During the active phases of operations to liberate key Syrian cities, such as Palmyra, Aleppo and Deir ez-Zor, the intensity of the use of aviation reached a hundred or more sorties per day. the plane made 3-4 sorties every day – the pace is more than impressive! The maximum number of sorties per day – 139, was recorded on November 20, 2015, during a series of operations to destroy Islamist detachments,” Shoigu said.

The effectiveness of the use of Russian weapons, according to Sergei Shoigu, is beyond doubt, and this time it has confirmed its power and potential. Tu-22M3 bombers, equipped with the most modern guidance systems, carried out 47 group strikes on terrorist targets uncovered by intelligence in the provinces of Deir ez-Zor, Homs and Raqqa.

These combat vehicles, which are in service with the Russian Aerospace Forces, flew 369 sorties at a distance of up to 2.5 thousand km, destroying 215 militant objects.

High-precision long-range cruise missiles Kalibr and Kh-101 were used to strike the most important targets. In particular, 100 strikes were made from ships and submarines of the Russian Navy, and 66 times Islamist targets hit strategic aircraft operating at ranges from 500 to 1,500 kilometers. It is emphasized that each of the missiles fired hit the designated targets. 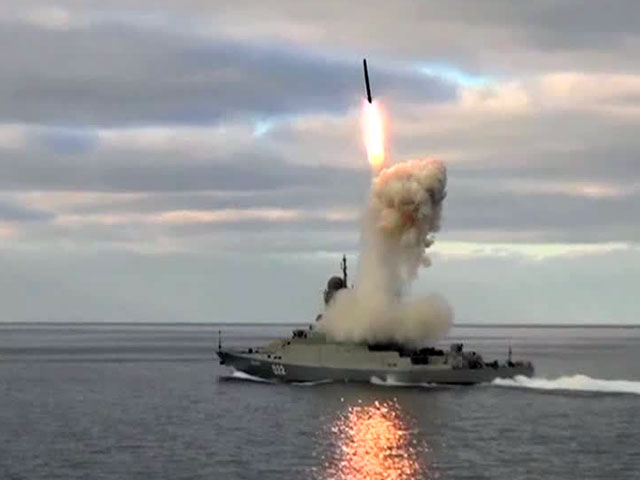 “For the first time, naval aviation pilots took part in hostilities to defeat ISIS targets in Syria, whose planes soared into the sky from the heavy aircraft-carrying cruiser Admiral of the Soviet Union Fleet N.G. Kuznetsov.” including 117 – at night. On account of the pilots of carrier-based aircraft – 1252 destroyed terrorist facilities, “- the head of the Russian Defense Ministry quoted facts about the Syrian special operation.

Summing up the results of the Syrian operation, the Minister of Defense writes that the deployment of two Russian military bases on a permanent basis on the basis of the Russian-Syrian agreement in Syria has become the most important result and advantage for us in the fight against terrorism in the Middle East.

“One of them, in Khmeimim, is a first-class airfield capable of receiving all types of aircraft – from helicopters to heavy military transport aircraft and missile carriers. A modern military and social infrastructure have been created at the air base: 5 residential towns, 1337 residential modules, three a park for equipment, storage for aircraft weapons, fuels and lubricants and materiel, a hotel and other social facilities. 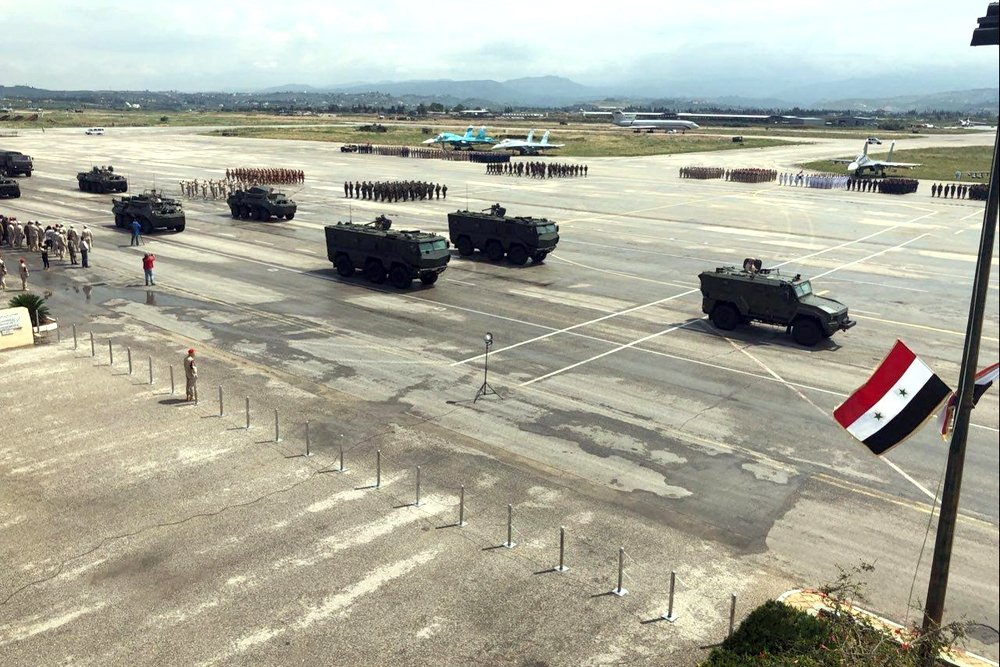 Shelters for combat aircraft and helicopters were built. Another Russian military base in the SAR, located in Tartus, has the status of a logistics center for the Russian Navy. It is a closed water area with the latest berths, which allows to accommodate dozens of ships. All ship berths are equipped with life support systems, unloading platforms, a repair complex for servicing and minor repairs of ships and vessels “, said Sergei Shoigu.

The Minister noted that a full-fledged port infrastructure has been created in Tartus not only for combat work, but also for crew rest. In general, all Russian servicemen performing tasks in Syria live in comfortable conditions and are provided with everything they had in their garrisons. So, on the territory of military bases there are: a rehabilitation park, an orchard, a recreation area with an Internet cafe and a fountain. At the same time, we continue to improve the living conditions, service and work of Russian military personnel and civilian personnel in Syria. 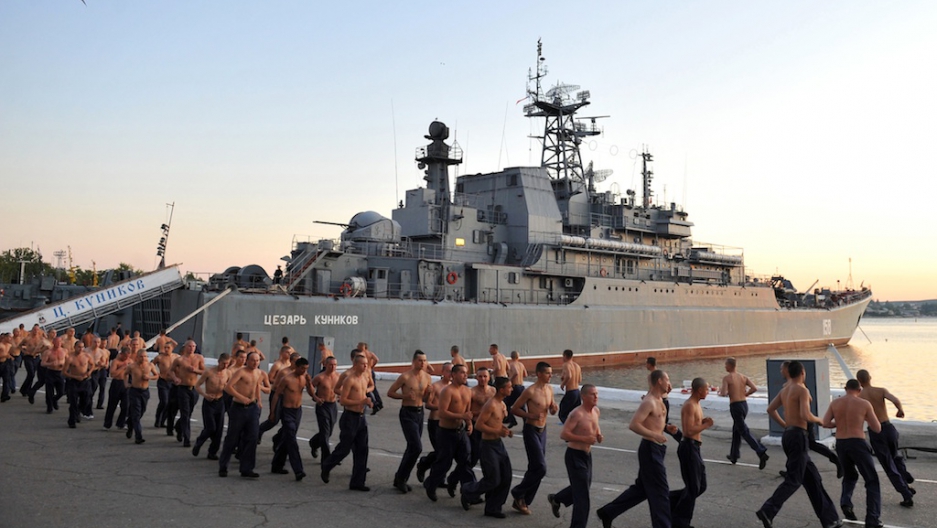 “The operation in Syria has demonstrated the fundamentally increased capabilities of the Russian Armed Forces, the ability to successfully defend national interests anywhere in the world, as well as the readiness to provide military assistance to its allies and partners. It has strengthened Russia’s authority, increased international influence, neutralizing the attempts of geopolitical competitors to politically and diplomatically isolate our country “, – concluded the head of the Russian Ministry of Defense.

Hightime to kick the Turkeys out of Syria.

this explains why turkeys will not directly intervene in arteshk; after Russia eliminated 50 turkeys Erdogan crawled to Moscow to beg for mercy….and the baby talk in amerikan politics reveals that they r a military dictatorship that understands their empire has become desperate and is near collapse

America provided all the wellies and Intellectual property that made Russia a success in Syria. Without US leading from behind this could never have been done.

That’s one way of looking at it but it’s not the only way yo look at it, I actually go right back to when it first began and see a different story. I remember Putin saying he wouldn’t intervene in the uprising because it was a domestic Syrian issue that could be resolved by the Syrian people, HE WAS WRONG. Early on Putin’s military advisers suggested Russia should put Russian boots on the ground and Putin said they weren’t needed, HE WAS WRONG. Isis posed a threat from Iraq and Putin did nothing to prevent their easy entry into Syria, HE WAS NEGLIGENT. That allowed both the US and Turkey to enter. So as much as everyone likes talking about what Russia did do, I’m much more concerned about what it didn’t do, and still isn’t doing.