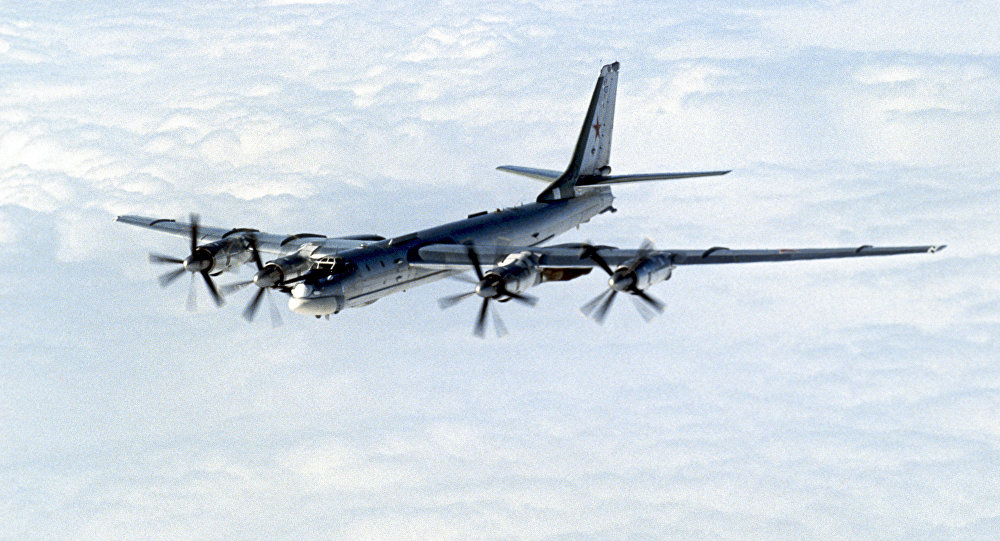 The recent violation of the South Korean airspace during a joint patrol of Russian and Chinese strategic bombers may have been a message to US hawks.

“As far as the air incident is concerned, I would like to reiterate that China and Russia are engaged in all-encompassing strategic coordination. This patrol mission was among the areas of cooperation and was carried out within the framework of the annual plan of cooperation between the defense agencies of the two states. It was not directed against any other ‘third state,’” the Chinese military official said during the presentation of the white paper headlined ‘China’s National Defense in the New Era.’

“As far as the practice of joint strategic patrols is concerned, both sides will make a decision on the matter on the basis of bilateral consultations. Under the strategic command of the heads of states, the armed forces of the two nations will continue developing their relations. The sides will support each other, respect mutual interests and develop corresponding mechanisms of cooperation,” he added.

South Korean said that a Russian plane breached the republic’s airspace near the Dokdo (Takeshima) islands, which are disputed by Seoul and Tokyo. In response, South Korea’s F-15 and F-16 fighter planes were scrambled.

On July 24, Yoon Do-han, a spokesman for the South Korean president, told reporters that a Russian military attaché in Seoul had conveyed Moscow’s “deep regret” about the incident and had said that the Russian plane mistakenly deviated from its flight plan.

The news agency Interfax quoted the press officer of the Russian Embassy in South Korea, Dmitry Bannikov, as saying that Russian officials had seen reports on Mr. Yoon’s comments, and that “there are many things in them that aren’t true.”

“The Russian side did not issue an official apology,” Mr. Bannikov noted, according to the agency.

That appeared to leave open the possibility that the Russians were apologetic in private. Such appologies are beyond general attitude of states in similar cases. Taking into account this and the Chinese statement, it appears that Russia and China do not see South Korea as a potential enemy. Rather they see it as an equal partner on the international scene.

China and Russia demonstrated that they are ready to employ jointly their strategic bombardment capability in the event of confrontation.

The July 23 incident happened a day ahead of meeting between US national security adviser John Bolton with South Korean officials. Bolton was set to meet with South Korea’s chief of National Security Office Chung Eui-yong, Defence Minister Jeong Kyung-doo, and Foreign Minister Kang Kyung-wha in Seoul to discuss issues including denuclearisation of the Korean Peninsula and ways to strengthen the South Korea-US cooperation.

Bolton is among the most hawkish voices of the Washington establishment that calls for a further confrontation with China and Russia.

Now all countries should learn from US and slap US$5 billion each in fine the Facebook, Google, Apple and Microsoft for breaching the people privacies.

Put another zero on that and do it once a month.

What’s the link with this article?

Hello Rob ok thanks for link. But what I meant was what is the relevance to this article on Russia / China military flights around South Korea?

Normally I read first line of any comment when that is not what I am looking for so I don’t complain but simply ignore it. Can you do like that instead of complain. Tell me forget about relevancy any thing wrong in the comment.

Israel, USA and Turkey attacked on Russian troops and jets have made path for any USA allies to attack Russian jets like their want.

this was a very stupid idea to do. do u think koreans will feel calm and happy if china and russia sends 4 bombers passing by that close from the island? korea is very close to US. it had much better relation with russia during the north korean deal. people don’t like soviets so they also still have a mistrust towards russians. but with the north korean deal russia and south korea became much closer. but this meaningless operation just ruined the relation for now. why did they have to fly that close? what’s the point? because of this event people were turning away and move towards US stronger than ever.

and there is a very strange situation going on. korea is not saying the bomber Tu-95MS breached korea’s airspace. from the start korea said the Beriev A-50 equipped with powerful long-range radar breached korea’s airspace. there were 3 russians warplanes. 2 Tu-95 and 1 A-50. but strangely russian’s officials never mantioned A-50. they were right when they said the bombers didn’t breached because korea never said they did. but somehow the official russian version never mentions the A-50, which is the one korea is saying breached it’s teritory. but more strange, korea never mentions the fact that the russians side is not mentioning the A-50. and also russia never said there was no A-50 in this operation. southfront could u dig a little bit more. i think there is something going on now.

This is NOT South Korean but disputed airspace: “South Korean said that a Russian plane breached the republic’s airspace near the Dokdo (Takeshima) islands, which are disputed by Seoul and Tokyo”.

so it would be ok for korean warplanes move through kuril islands or crimea?? r u studip or what??

So would it be OK if Japan will shot some Korean warplanes just because they claim that territory is theirs?

Come on. Let’s face the reality: international law is made, by permanent UN Security Council members, for other UN states, not for those 5. I think it was just a test, made by 2 of those 5. Maybe be later, analyzing the known consequences, we will be able to understand the reason why that plane did it.

so u saying nato warplanes should freely move through crimea?? is that your garbage logic?

You didn’t answered my question: if Japanese think that island is their, does it means they can down South Korean jets over that region?

As for my logic is very straight. If NATO plane will fly over Crimea it with be shot down and NATO will do nothing about it. Russian army already shot down couple of USA UAVs over Crimea in 2014 and it wasn’t even in the american news.

South Korea is a walking dead. Highest suicide rate and demographical gap. Where is the dead body, there are scavengers. It is just a test: are you dead or still alive.

PS Samsung is an ass pain for the USA hi-tech, so don’t dream Trump will really protect you. ;)

They allready tied that years ago.Remember what happened? If you do not, you are way too young to be in this discussion forum.

You are right for sure it upsets South Korea but I guess the Russia / China calculation that downside is worth it as:

1) message to S. Korea to be careful when dealing with US hawk John ‘let’s go to war with everyone’ Bolton as the article says; and

2) exploits a weakness between two US allies Japan and S. Korea by flying over Islands disputed between them. Japan has protested to both Russia and also S. Korea for firing shots in what is considers is its territory. https://www.theguardian.com/world/2019/jul/24/joint-russian-and-chinese-air-patrol-heightens-tension-in-korean-peninsula.

Jacob Wohl’s nose! because it has more mass, but since it’s God’s chosen Nose, the gravitational effects are neutralized!

Time for a MAIDEN in the red square EH putin you getting a tad bit worried , why you tossing the opposition in jail loser .