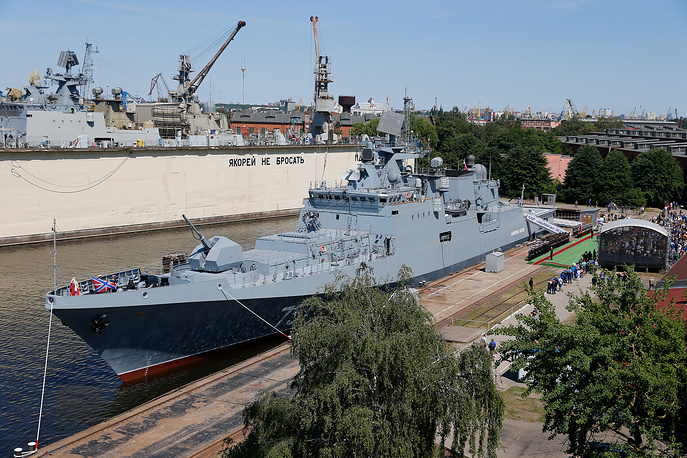 A new Project 11356 frigate, Admiral Essen, has been commissioned for service with the Russian Navy. The frigate will be assigned to the Russian Black Sea Fleet.

“It has a balanced weapons suite – an artillery system, the sophisticated Kalibr missile system and a well-balanced up-to-date Shtil-1 surface-to-air missile system,” Navy’s Shipbuilding Department Chief Vladimir Tryapichnikov said after the Russian Navy flag was hoisted onboard the frigate at the Yantar Shipyard in Kaliningrad on June 7.

We remember, in May, the Black Sea Fleet recieved the last of six planned Varshavyanka-class  (Project 636.3) diesel-electric powered submarines.

A Varshavyanka-class submarine carries the crew of 52, have a top underwater speed of 20 knots and a cruising range of 400 miles. It has the ability to patrol for 45 days. The submarine is armed with 18 torpedoes and 8 surface-to-air missiles.

The vessel is intended for anti-ship and anti-submarine missions in relatively shallow waters. 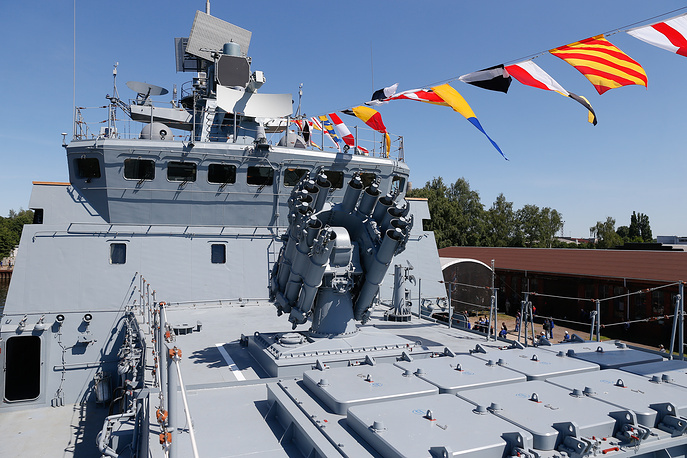