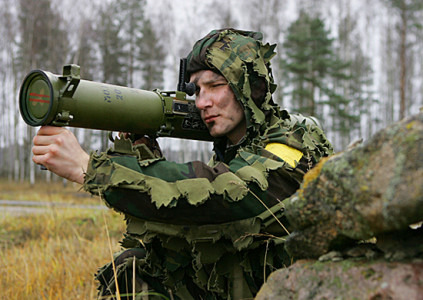 Russian Armed Forces’ first assault sapper battalion of the Combat Engineer Troops was formed on the territory of Vladimir Region. The news was made public by Combat Engineers’ chief, Lieutenant General Yuriy Stavitskiy.

“Combat Engineer assault and breaching battalion has been assigned to the newly formed Combat Engineer Brigade of the Strategic Reserve,” explained Stavitskiy.

Assault sapper units are tasked with ensuring the free movement of land units through enemy territory in order to increase the effectiveness of combat operations and minimize own losses.

“Troops in such units wear appropriate protective gear and are trained to overcome fortifications, minefields, and other obstacles. They are issued special equipment,” said Stavitskiy.

Such units are staffed mainly by sportsmen with excellent physical and mental characteristics.

“We select their personnel the same way as special operations units do. Competition is quite high, we are conducting training in the Tyumen Military Academy and our training centers,” added Stavitskiy.

The general expressed confidence that the new brigade and its assault battalion will “start training with other forces” already this year.

“We will have two types of new suits: one for combat engineer units and one for assault sapper units. They are slightly different from one another in terms of the level of protection and specific composition, but all of these novelties will be integrated into troop units. We are procuring these suits specifically for assault units,” said Stavitskiy.