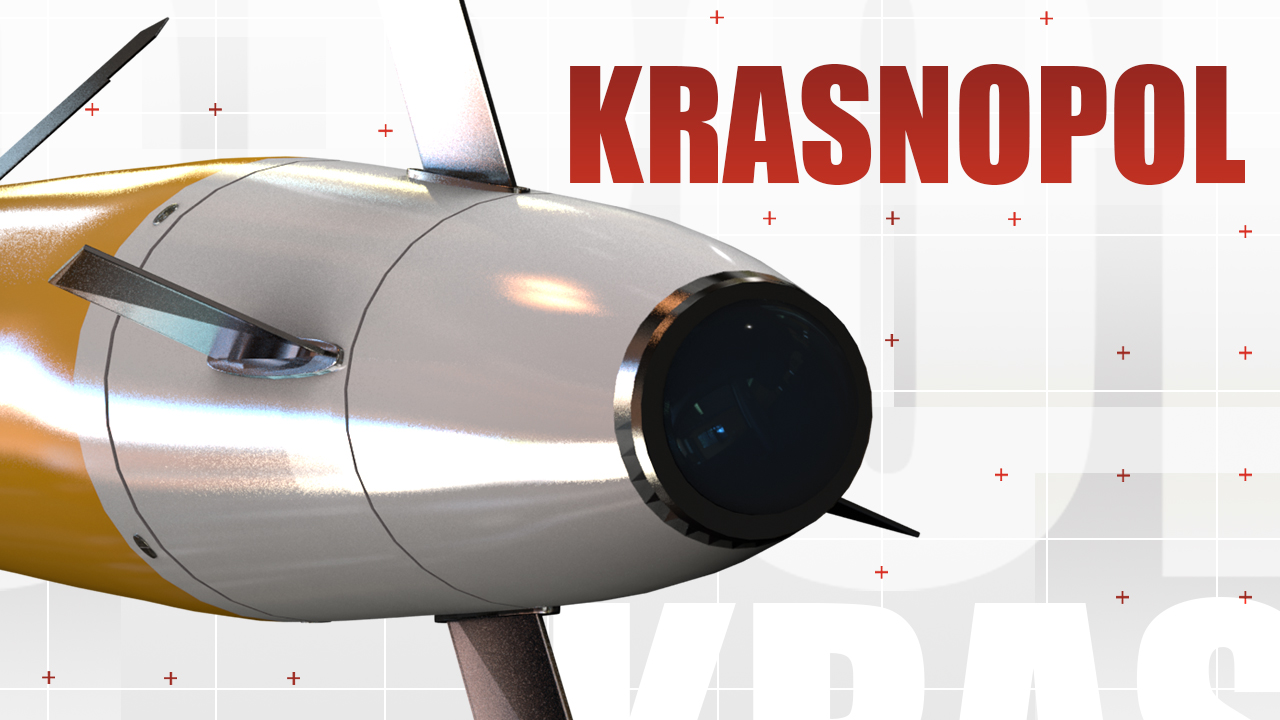 The Russian military has destroyed a BM-30 Smerch heavy multiple rocket launcher (MRL) of Kiev forces with a precision-guided Krasnopol artillery round.

On May 18, Russian sources released footage of the artillery strike that destroyed a warehouse near the town of Drobyshevo in the Donbass region where the Smerch MRL was hidden.

The Krasnopol, which was used to destroy the launcher, can be fired by most 152 mm artillery guns. The artillery round, which is guided by semi-active laser, has a range of 20 to 30 kilometers.

The pinpoint strike was coordinated with a drone, which was likely used to locate the launcher and designate the warehouse where it was hidden for the artillery.

The Soviet-made Uragan 300 mm MRL can fire high explosive fragmentation, cluster or mine laying rockets. The MRL has an effective firing range of 70 to 90 kilometers. Around 80 Smerch MRLs were reportedly in service with Kiev forces before the start of the Russian special military operation in Ukraine. Since the start of the operation, many launchers were damaged or destroyed by the Russian military.

The Russian military has been using Krasnopol rounds to target high-value equipment, such as air-defense systems, heavy rocket launchers and fortified positions, of Kiev forces since the beginning of its operation in Ukraine nearly four months ago.

Guided indirect fire weapons like the Krasnopol enable the Russian military to hit targets with high precisions from a safe distance on short notice.

When will Russia blow up an aircraft carrier with all of the aircraft?

Ukraine has no carriers…

Why would russia destroy obsolete equipment that guzzels their ennemy’s ressources?

Let the yanks shoot themselevs i. The foot.

Navy is done, all over the world.

That could actually be true. Navy is a highly risk enterprise nowadays.

The ‘whore who sits upon many waters’, is done.

Russia needs to focus on destroying the command and control centers of the Kiev Zio-Nazi regime. The Ukrainian Nazis are now on their knees and the pressure on them to sue for peace needs to be revamped. JAI RUS!

I will open a bottle of champagne when the last Tochka is destroyed….

Ernest Hemingway: “Anyone who loves freedom owes such a debt to the Red Army that it can never be repaid.”

My impression is that Russian forces very carefully target their air and artillery. Making rubble bounce is not a Russian tactic, nor is indiscriminate fire (spray and pray). Careful aim and restrained force speaks highly of Russian military humanity and professionalism.

Admiral Jim Stockdale: “You must never confuse faith that you will prevail in the end – which you can never afford to lose – with the discipline to confront the most brutal facts of your current reality, whatever they might be.”

Sorry, but yankees are going to lose, so , I hope, with the discipline to confront the most brutal facts of your current reality, whatever they might be. If not, it’s hell. But I think you are going to do as your nazi heroes of regiment azov.

Lord Protector of the Drop Bears
Reply to  jorge

In all of this, how many doing the fighting and the dying are Jewish?

Lord Protector of the Drop Bears
Reply to  jorge

Sounds to me like the cattle-tick Jewish bankers owning the GovMilMedplex have so depredated us financially they are now killing us off physically.

why does the video have an instrumental version of ROCK ME AMADEUS by FALCO LOL. it’s so weird…