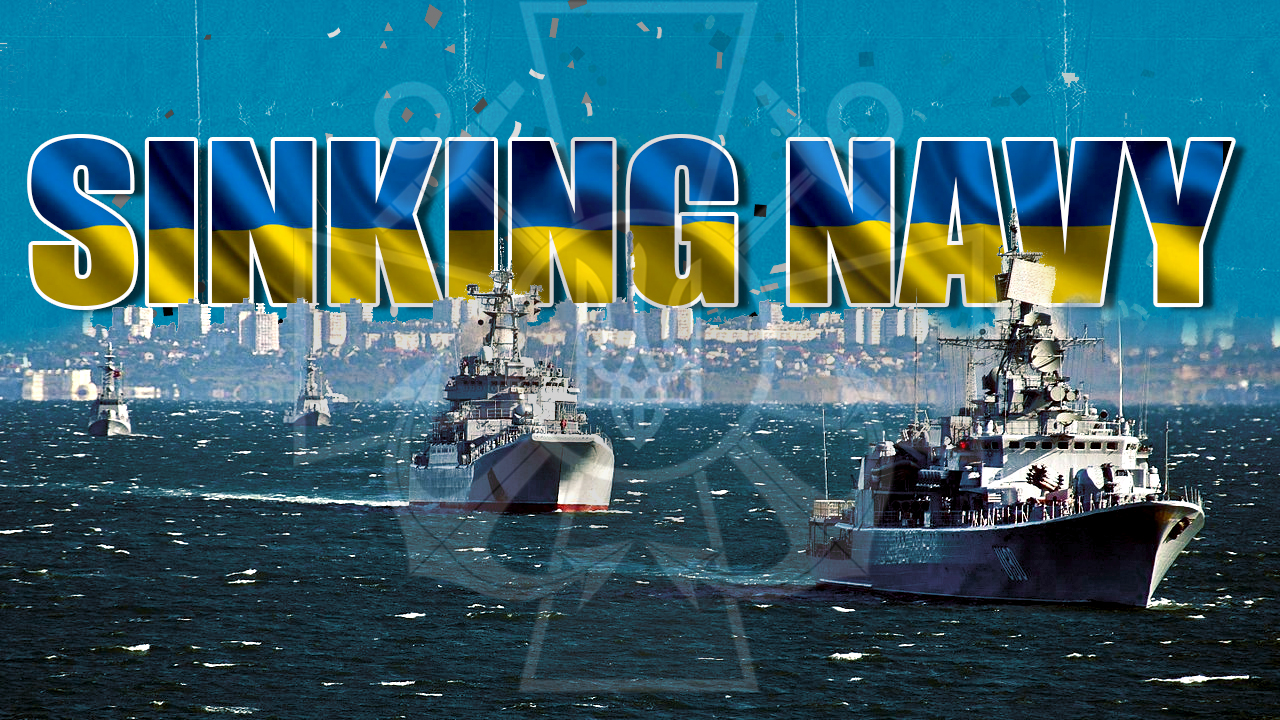 The Russian military has reportedly destroyed the command ship of the Ukrainian Navy, Donbass, in the port of Mariupol city.

On April 6, Russian sources shared photos, taken by a drone, showing thick white smoke rising from several sections of the Donbass command ship in Mariupol port. The ship appears to have sustained some serious damage as a result of a direct or an indirect strike.

Donbass, which has a displacement of 5,520 tons, is a former Soviet repair ship that was converted to a command ship by the Ukrainian Navy. The ship was captured in Crimea in 2014, but later returned to Ukraine.

The Russian military and the armed forces of the Donetsk People’s Republic (DPR) are currently closing in on Mariupol port where remnants of Ukraine troops, nationalists and foreign mercenaries are taking shelter.

On April 5, Russian Defense Ministry Spokesman Igor Konashenkov said Moscow offered Kiev a chance for Ukrainian troops to lay down arms and walk out of Mariupol. Nevertheless, the Kiev regime ignored the proposal, like many others before.

The Ukrainian Navy has lost more than 14 vessels since the beginning of the Russian special military operation in Ukraine. Most of these vessels were captured by the Russian military.

In very first days of the Russian operation, the flagship of Ukraine, Hetman Sahaidachny, was scuttled at a shipyard in Mykolaiv city. The Ukrainian Navy sunk the frigate to prevent it from being captured or destroyed by the Russian military.

The Ukrainian Navy vessels captured by the Russian military will likely end up handed over to the armed forces of the DPR once Mariupol city is secured.

This happened on April 6, not Feb 26? Has this ship been sitting at the port for 6 weeks?

Yes but since 3-4 days ago, electronic communications were detected from it

Nato is laughing at you
Reply to  opereta

What a joke hahahahaha

Cuck Sexton - CIA
Reply to  Nato is laughing at you

Denial is not just a river in Egypt lmao

Cash generating easy and fast method to work in part time and earn extra $15,000 or even more than this online. by working in my spare time i made $17990 in my previous month and i am very happy now because of this job. you can try this now by follow details here……. 𝐜𝐚𝐬𝐡𝐮𝐩𝟏.𝐭𝐤/

Hohol Tampax Inc.
Reply to  Nato is laughing at you

Mykolaiv city shipyard has to be a valuable prize… I think I would take that with the VDV whilst mounting my amphibious operation to take Chornomorsk and Ovidiopol. (Black Seas fleet providing fire support)

Cuase the west especially UK had invested in thatport

I would just drop a FOAB on it.

THANK YOU very much Russian military. kEEP BLOWING UP THEIR MILITRAY HARDWARE

Great, now go back to digging those trenches in the red forest.

And you have civilians to harass, oh wait there russian so according to you they are subhuman.

Nazis say the same thing. What a surprise!

A ship for a ship. Fair is fair.

Russia needs to destroy the re- supply efforts in the west of Ukraine – railroads, roads etc. also.

nah. keep the pro EU Ukrainians moving a long. They wanted to join NATO, now they can. Russkies will keep the railways and roads open and the human flow going west.

Roads and railroads won’t be destroyed as Russia and the US are using the dire need of weapons of Ukraine to demilitarise eastern Europe peacefully… before the future military operations there in a few months’ time… Be ready everyone for the rollercoaster ahead of us.

Good bait , so Ukraine can tray out it new anti air missiles. One SU 35 and one 34 in two day’s let them come.

Thats fine and all but it left me with a few questions:

1) why that large ship was only hit now considering that the entirety of time he stayed in port (for obvious reasons). Did the russian L/DPR forces wished to capture it to add to the future “DPR navy”?

2) why didnt the AFU used its weapon systems to boost its defences and its positions in the City (like the baltic fleet vessels did during the siege of leningrad in WW2)??

3) How did the russian forces captured thoose AFU ships ? I though most of them were sank in the first days of war

They would have switched on the communications recently. Russia wouldn’t destroy it if they didn’t have to.

I don’t know, but everything I have seen to date tells me the Ukrainians are crap sailors.

This look to me like a rubbish. Russia should be shooting at it with a tanks next it and not with long range missiles. Can anyone give me a link to reputable source (not a twitter or zvezdanews propaganda)

We dont even know how it was hit, or the weapons system used. Relax dude. It probably was a shoot from one of the gunboats supporting the Ops

Still look to me like non-sense. Boat without name sitting 6 weeks in port of Mariupol and nobody took a shot at it. It is in the city where 80% building have been destroyed. I don’t buy this narrative

Russia always being nice to Ukraine, treating them like the stubborn young brother. Capture a ship, hand it back over to the Ukrainians, ok.

Why destroy a good fine ship ? should have taken it instead.

yes, ideal job for special forces, especially as forces in mariupol has been neutralized.

B A
Reply to  Dibby

It was occupied by individuals who badly needed themselves a new asshole ripped. Think of it as a gender change operation to a non-binary third gender.

Secondly, why would RU need a floating command and control center??

Looks like whats left of Azov and those foreign bastards will have to crawl out or be carried out,i want some of those foreign criminals taken alive they are probably Nazo gangsters.

Hey Putin America called and they asked if they could have their lieutenant general back. They say he was in Mariupol on a humanitarian mission.

Advising them how to loose. Yanks are good at loosing

Azov most likely whacked him and burned his body by now, he’s gone and was never there, got it.

He should visit You.

Nazilensky is not happy about it.

NATO will give him a new one, right after the war ends.

Zalensky is facing the same destiny as the ship.

I mean, you have to fabricate some sort of “victory” after getting DICKED for a month straight.

Probably AFU set it alight or shelled it before the Russkies get it.

I dont trust you or your god

Drive them into the sea! It is what should happening to Gaza. They Hamas can swim round to Labanon and go live in West Bank.

I though for one moment that I was looking at a Type-23 frigate that had been struck by a Kh-35U.

Yerrrh PUT IN and SAD ASS.

I hate to see a good ship get wasted. Why was it not possible to seize it? The Russian Navy must be all over the port by now. A shame really.

Typical Russian revenge killing off a prissoner, ( for the Russians heraldic job ; sinking a docked schip) . Was it revenge because Ukraine hit the sailing admiral Essen?