On September 24, warplanes of the Russian Aerospace Forces carried out a series of airstrikes on ISIS’ hideouts in central Syria.

According to the London-based Syrian Observatory for Human Rights, the airstrikes targeted the Hama-Aleppo-Raqqa triangle. A desert where ISIS terrorists have been very active recently.

The terrorists are sneaking into the triangle from the Homs desert, that lays between eastern Homs and western Deir Ezzor. Hundreds of terrorists, including senior leaders, are taking shelter in the desert. According to some reports, the terrorists are receiving support from U.S.-backed fighters in al-Tanaf.

Two days ago, ISIS terrorists launched a large attack on Syrian Arab Army positions in the town of Resafa in southern Raqqa from their hideouts in Hama-Aleppo-Raqqa triangle. 13 Syrian soldiers and 17 terrorists were killed during the battle.

The Russian airstrikes were likely a response to ISIS recent attack. Syrian government forces are working to push ISIS remnants out of the Hama-Aleppo-Raqqa triangle.

ISIS is constantly attempting to expand its influence in central Syria. The group wants to turn the region into a stronghold for its terrorists in the Levant.

Yup, you have to stop the supporters of these Wahhabi terrorists.

2 days delay most likely make a score of nothing.

“According to some reports, the terrorists are receiving support from U.S.-backed fighters in al-Tanaf” must be verified or the opposit.

It’s not going to stop until Russia doesn something about the US Ziocorporate terrorists in al-Tanf and the SDF-invasion areas and ISISrael’s support for the headchoppers in south Syria. Meanwhile, this justifies any demands by Damascus to get more Russian weapons, the Kremlin can’t expect to be doing “business and partnership” with the Turk/US terrorists while Syria gets only an S300 they can’t use.

Good point,fact is its all very well bombing the rats but it needs following up with a massive ground attack.

The Islamic state has been subjected to painful stabs form every side, but has endured over the wounds, has taken heart over the pains and has recovered, and has arisen on the leg of earnestness for jihad in the path of God and defending the religion of God – ISLAM. https://vimeo.com/457463892

Just shut the fuck up.

ahahahaha. ISIS found its way to SF. Did you know ISIS is banned in the country SF is in?

Soon you ll join your gay brothers in hell getting wrecked daily by devil him self !

I only hope it is some Kurdish woman freedom fighter that slits your throat! 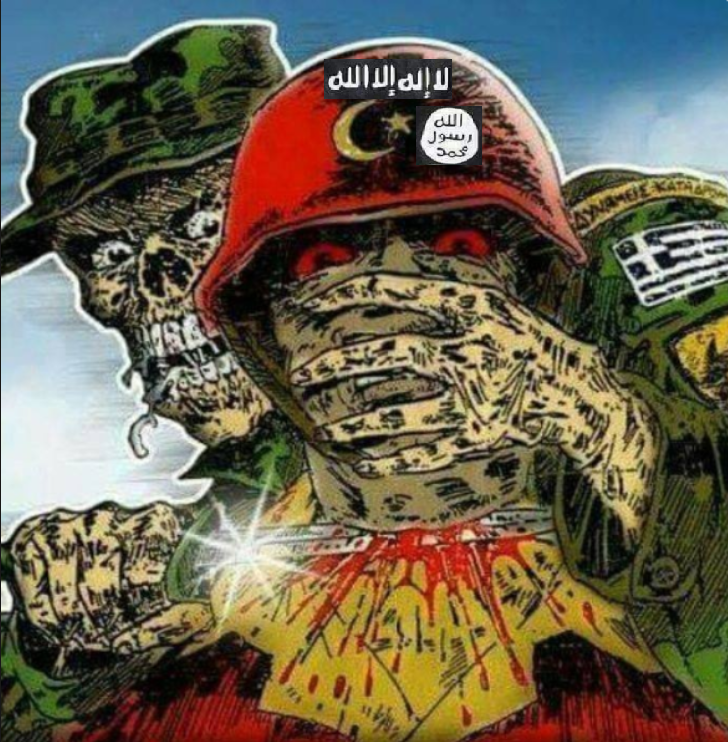 As soon as Russia stopped long ago SAA from advancing and liberating Idlib, these bums show up from nowhere. That was Erdogan Ziowahhabi blackmail. First he gave ultimatum, then heavily shelled and drone attacked SAA, and when that wasn’t working he went for ceasefire. And it is gonna be like this until SAA countinue offensive actions in Idlib.

Not A-10 but still good machines

“On September 24, warplanes of the Russian Aerospace Forces carried out a series of airstrikes on ISIS’ hideouts in central Syria.”

If that’s what really happened I’m not surprised Isis has been so successful lately, but I suspect the Russian’s haven’t really been bombing Isis hideouts at all, and they don’t because they probably don’t know where they are, and if they did they’d be surrounding those hideouts with overwhelming ground forces and capturing and killing as many of them as the could, and gaining important intel from the locations when they’d captured them, not bombing them into oblivion and letting some or most of them get away.
I think the Russian Air Force is just trying to even up the imbalance, Isis only attacks the SAA when Isis has the advantage so the SAA is always at a disadvantage, so the fast moving planes help even up the numbers in an uneven fight, that’s what I think the airstrikes are actually doing, rushing in to help SAA patrols and convoys that are attacked by Isis.

US is playing the flute and Russians are dancing to it!If I was putin, I would withdraw Russian forces from Syria.