A senior military commander of al-Qaeda-affiliated Horas al-Din, one of the biggest terrorist groups in Greater Idlib, was killed in a Russian airstrike on February 12.

The airstrike reportedly targeted the commander known as Abu Yaqoub Kabul, while he was fighting the Syrian Arab Army (SAA) in western Aleppo. The terrorist may have been taking part in a Turkish-led attack.

Abu Yaqoub was the commander of Horas al-Din’s al-Muahideen Army, a large unit of Jihadists that mainly operates in the northern governorate of Aleppo. The al-Muahideen Army is one of the biggest formations of the terrorist group.

The exact origin of Abu Yaqoub were not revealed. However, his pseudo surname, Kabul, hints that he may be from the Afghan capital, or an al-Qaeda veteran who fought there. 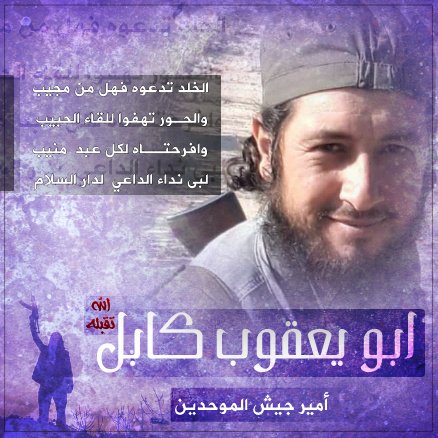 Hundreds of Jihadists from Horas al-Din and other terrorist groups were neutralized by the army during the last few months. The remaining terrorists are now desperately attempting to stop the army’s advance in Greater Idlib, taking advantage of the increasing Turkish military presence there.

Very true and very prevalent in ‘closed religions and monarchies’.

Time to drop some ammo on Erdogan head, CIA may help

The takfiris are better infantry than the Turk soldiers, more motivated and better payed. On the other hand, all the rest of the arms of the Turquish military haven’t any chance, including the Navy. It’s all Enver Pashas waiting to drop dead.

they take other drugs. thats all.

The advance of the day: https://www.almasdarnews.com/article/syrian-army-approaching-strategic-military-base-in-west-aleppo/

And aren’t the Tigers, so, there’s more. You are fu*ked, zios.

Attack all Turkey bases in Idlib this will demoralize last remaining coronavirus rats.Then keep on arresting Turkey terrorists soldiers and drug them wear them Syrian soldiers uniform and drop them in Hasaka USA bases to attack.

kill them all, no matter where they are from. zero tolerance.

From whereever this a..hole has come from, from Kabul or another shthle – his remnants will be in some 6-ft-under-massgrave in the Syrian sand – in case there was something left after the Russian bomb hit him…

No more tolerance for Orcs, it’s time for retribution. Send these creatures where they belong: to mordor.

It’s going to be a day of mourning for Erdogan