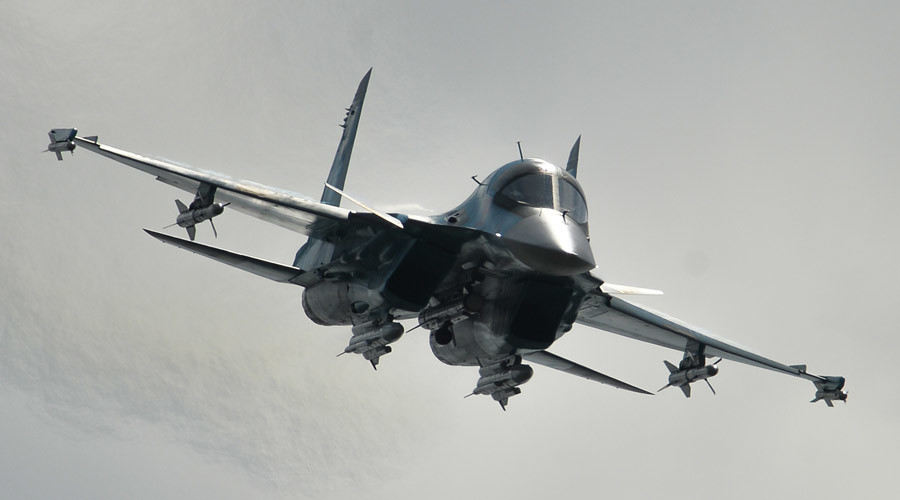 AlMasdarNews reports: The Russian Air Force led the way in the northern countryside of Palmyra (Tadmur) on Sunday, striking several sites under the control of the Islamic State of Iraq and Al-Sham (ISIS) near the Al-Sha’ar Mountains.

While the Russian Air Force pounded away at the ISIS militants in the Al-Sha’ar Mountains, the Syrian Arab Army’s “Tiger Forces” and 525th Regiment of the 18th Tank Brigade routed the terrorist forces at the Al-Mahr Gas Fields, killing several combatants in the process.

Following the battle at the Al-Mahr Gas Fields, the Syrian Armed Forces made their first push south towards Tal SyriaTel and its surrounding hilltops.

Currently, the Syrian Armed Forces are immersed in a violent battle with ISIS at Tal SyriaTel; however, ISIS’ defenses are quickly crumbling, thanks in large part to the Russian Air Force’s powerful airstrikes.

PLEASE, use napalm, as USAF used napalm in Vietnam.