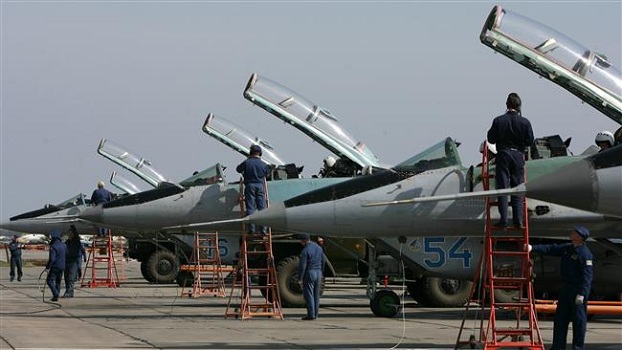 Since September 30, 2015, the Russian Aerospace Forces have destroyed over a third of the Islamic State (ISIS) fighters in Syria, the deputy head of Russia’s top security body announced.

“We estimate that at the beginning of our operation Al-Nusra Front and Islamic State possessed about 80,000 fighters, of whom 28,000 (35 percent) have already been eliminated. This is [the result of] our actions together with the Syrian Army,” Deputy Secretary of the Russian Security Council, Evgeny Lukyanov said at the VII international security summit being held in the capital of Russia’s Chechen Republic, RT reported on May 24.

According to Lukyanov, the main goal of the Russian operation in Syria has been to force the sides to start a diplomatic process. “Otherwise this [war] would have no end in sight.” he noted.

The Russian official believes that the war witnesses a turning point and only “politically motivated” sides can ignore this. However, according to Lukyanov, the destructive forces would do anything to torpedo attempts to mend the tensions.

And where is the news and analyses of southfront about the IS attack on the Russian supply and helicopter base at the T4 airsite?

This was published by “Stratfor” a neo-con sponsored paper. I ve read many times that one (Stratfor) nothing to be trusted. They would publish without remorse ie the destruction of whole Russia by a meteorite LOL.