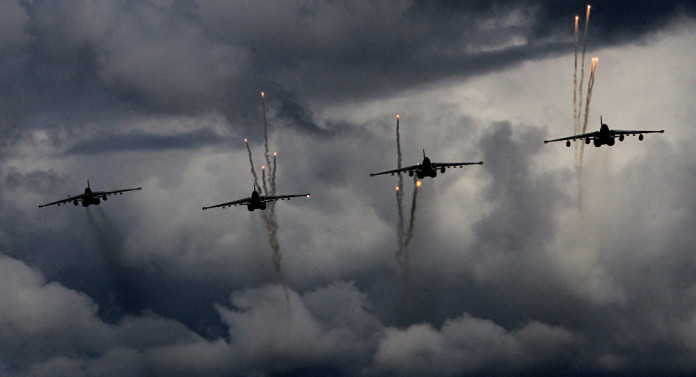 According to a military source in Damascus, the Russian Air Force carried out three airstrikes over the jihadist controlled village of Teir Ma’lah, hitting Jabhat Fateh Al-Sham hideouts near the Syrian Arab Army’s (SAA) front-lines.

In Al-Rastan, the Russian Air Force attacked a Jabhat Fateh Al-Sham gathering near the Rastan Lake, killing several members of this jihadist group in the process.

For the first time since the commencement of the ceasefire agreement, the Russian Air Force launched airstrikes over Aleppo and Homs; these attacks were meant to punish the rebel forces refusing to partake in the ceasefire.