The Russian Aerospace Forces are using an experience of Russian military helicopters in Syria in order to work out new tactical techniques to overcome air defense. 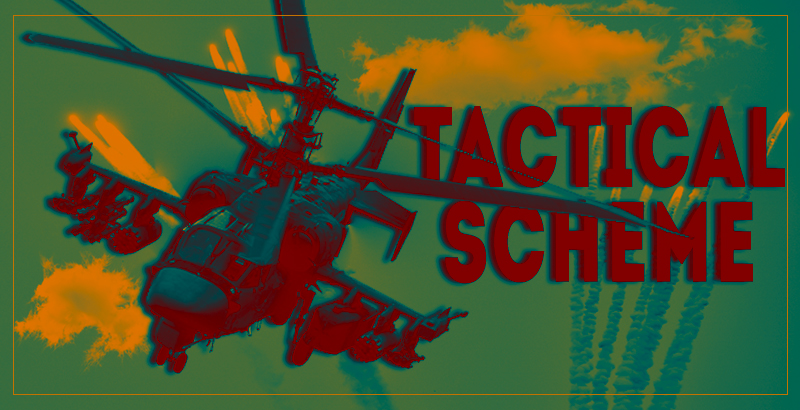 An experience of the usage of Russian military helicopters in Syria has allowed to find and work out to the last detail new tactical techniques to overcome air defense systems, Chief of combat training of the army aviation of the Russian Aerospace Forces, Major-General Oleg Chesnokov, said.

“The specifics of army aviation operations in any local conflict, including the current conflict in Syria, are analyzed carefully to expose the weaknesses and strengths in the training of pilots and in the ways of operating technologies depending on the geography and details of the situation,” the TASS news agency quoted the words of Chesnokov. “New practical methods in overpowering of enemy air defenses and in delivering fire have been found.”

He also noted that recommendations for pilots are developed on the basis on this analysis in a center for pilots training in Torzhok. Then these recommendations are sent to troops and “taken into account in a further scheduled combat training,” the RIA Novosti news agency reported.

Chesnokov also added that the latest modification of the Mi-28NE Night Hunter combat helicopters would start to be supplied to Russian troops since 2017.

He explained that initially, the Mi-28UBs will be sent to the 344th Army Aviation Centre of aircrews combat training and transition, and then combatant air units of the Russian Aerospace Forces will receive them.

“An experience of usage of the Mi-28N helicopters showed the need of development of helicopters of this type with a dual control system, now pilots and instructors of the Torzhok’s center have already passed retraining for this modification,” the Major-General added.

Chesnokov also announced that the Russian Helicopters company created a ‘flight-research tool’ – a prototype of a prospective high-speed helicopter. The central part in the construction of the flight-research tool of a high-speed helicopter is a main rotor blade. New design solutions for its creation allow to increase the maximum speed of the Mi-28 helicopter by 13%, the maximum speed of the Mi-35 – by 30%.

Currently, flight tests are being conducted, and an intermediate result has already been achieved – “the speed of a horizontal flight reached 360 km/h in combination with a low level of vibration and structural loads on the flight-research tool,” Chesnokov pointed out.

“The speed of a high-speed helicopter will be increased by 1.5 times compared with known models of attack helicopters, up to 400-500 km/h,” he added.

Last week, Russian Defense Minister Sergei Shoigu said that the operation in Syria has identified a number of design and production shortcomings of Russian military equipment.

In the middle of July, Chief of the General Staff of the Russian Armed Forces, General Valery Gerasimov, ordered to eliminate the shortcomings of Russian military equipment and weapons that have been identified during the Syrian operation, until the end of the year.

On April 14, during a question and answer session that was televised live, Russian President Vladimir Putin acknowledged that many shortcomings of Russian military hardware have been revealed during the operation of the Russian Aerospace Forces in Syria, however, in general, Russian military equipment has approved itself excellent, and for this reason, foreign demand on Russian weapons has sharply increased.

On May 11, Press Secretary for the Russian President, Dmitry Peskov, said that the main problem, revealed in the Russian Armed Forces during the operation in Syria, was operation of military equipment. He also stressed that this experience was analyzed for further improvement of military hardware.

On May 12, Deputy CEO on production and innovation of the Russian Helicopters company, Andrey Shibitov, announced that the holding negotiated with the Russian Defense Ministry on program to modernize combat helicopters, based on the experience of their operation in Syria.