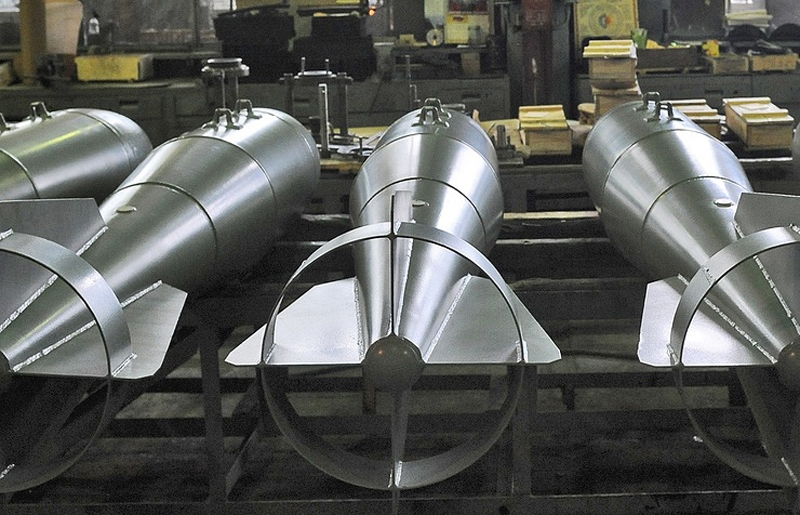 The new fuze has been developed by Tecmash’s Electronic Instruments R&D Institute in Novosibirsk. According to Rusakov, the tests of the bomb have passed successfully.

“Now the institute is preparing for the launch of the product into serial production. I believe new-generation air bombs will enter service with the Russian Army already in the imminent future,” the Tecmash CEO said.

According to the Tecmash press office, the new fuze considerably excels contact bombs that are currently using by the Russian Aerospace Forces.

“During an explosion with a contact fuze, the larger part of the blast energy is spent on creating a crater and destroying the soil, which reduces the radius of inflicting damage on the enemy and thus produces lower effect of using the munition,” the press office said.

Syria could become a great training ground to test new bombs in real conditions and demonstrate its capabilities to potential customers.

Nothing about guiding the bombs accurate in the first place. Hope they can do so already – If You like bombing.

Ilove bombing terrorists and their accomplices as much as possible, lots of cooked blood to feed pigs, Hmmmm, good!

And when some think You are a terrorist too.

We don’t live in a world without war. As long as we don’t, we should be happy with every 1% that bombs won’t hit the wrong targets.

Read this description of SVP-24 which uses GPS to guide the course of bombers and control the exact release time of gravity bombs. The projected accuracy is between 2-5m. http://russia-insider.com/en/politics/technology-sitrep-how-russian-engineering-made-current-operation-syria-possible/ri12135

I’m not a Russia basher but I am kind of surprised that a proximity fuse has not been used before. This technology has been around since ww2. Hopefully, this will replace cluster bombs so that publications like the Dailybeast will stop yacking about the barbaric use of cluster bombs. Also, it would solve the issue of unexploded ordnance which is the main issue with cluster bombs and is dangerous, even for friendly forces.