In accordance with the Agreement between the Russian Federation and the Syrian Arab Republic signed in Damascus on August 26, 2015, a Russian Aerospace Forces (VKS) air group has been stationed in Syria since September 30, 2015.

A-50 aircraft have been used for airborne early warning. As the status of the mission permitted, aircraft were returned to their permanent bases. The first withdrawal took place on March 15 and 16, 2016, the second in late December 2016 after the cessation of hostilities took effect.

Su-35S 4th-Generation Multirole Fighter (NATO Classification Flanker-E+). The “S” means the aircraft was designed for the VKS. Characteristics: start of production in 2007, top speed of 2500km/hr, range 3600km (4500km with external tanks), practical ceiling 20km. Armament: 30mm autocannon with 150 rounds, 12 hardpoints rated for 8,000kg of ordnance, including air-to-air, air-to-ground, anti-ship missiles, unguided rockets, KAB-500 guided bombs, FAB-250 and FAB-500 free-fall bombs. This range of weapons allows the plane to function as a fighter and as an attack aircraft. NATO experts believe it to be the most dangerous fighter used by VKS, since it has 5th generation avionics and a large payload of long-range air-to-air missiles. On November 22, 2016, 4 Su-35S completed in mid-November 2016 at the Komsomolsk-na-Amure plant were sent to Hmeimim. They replaced fighters which were based there since January 2016. MiG-31 Long-Range Interceptor Fighter (NATO designation Foxhound). The MiG-31’s mission is the intercept and destruction of aerial targets flying at all altitudes at any time of day and in any weather, even when protected by active and passive electronic and thermal countermeasures. Initially designed to intercept cruise missiles and low-flying satellites. A group of four MiG-31s can monitor airspace 1100km in breadth. According to Russian MoD, these aircraft take the place of the A-50 AEW aircraft and are used to provide air defense for the Russian airbase in Hmeimim, and to direct Russian aircraft over Syria. Characteristics: start of production in 1975, top speed 3700km/hr, range 1500km, or 3000km with two external tanks, practical ceiling 20km, zoom climb ceiling 30km. Armament: 23mm with 260 rounds, hardpoints for 3000kg of ordnance including 4 300km range air-to-air missiles, 2 80km range missiles, 4 20-40km range missiles. In November 2016, at least one such aircraft was noted at Hmeimim. It was probably used to accompany the air group in its transfer flight. Su-25/Su-25SM3 Attack Aircraft (NATO designation Frogfoot). The oldest of these aircraft dates to 1988, but underwent a full modernization after 2000 which left only some of the original hardware. Characteristics: start of production 1975, top speed 950km/h, range 640 without and 1250 with external tanks, ceiling 7km. Armament: twin-barrel 30mm autocannon with 250 rounds, 10 hardpoints for 4400kg of ordnance including air-to-air, air-to-surface missiles, rockets, bombs, low-volume cargo containers. Its unique attribute is the pilot’s cabin made of welded titanium armor plate which protects against 12.7mm bullets all around and against 30mm shells from the most dangerous aspects. AS of January 12, 2017, four such aircraft were deployed to Hmeimim. Mi-35M all-weather attack/assault helicopter. It is intended to destroy enemy armor, troop transport missions, fire support, wounded evacuation, and cargo transport internally or externally. Characteristics: entered production in 2005, top speed 300km/h, aerodynamic ceiling 5.5km, range 550km. Armament varies on the variant and may include a 23mm cannon with 450 rounds, 4 hardpoints for up to 1500kg of ordnance such as ATGMs, rockets, 23mm gun pods with 250 rounds. Hmeimim may currently base up to 6 such machines. Mi-8AMTSh Multirole Helicopter (NATO designation Hip). In the assault transport configuration it can transport up to 28 soldiers or cargoes internally or externally. It may carry weapons similar to those used by the Mi-24, mounted on 4-6 rail launchers, and also 23mm cannon or 7.62mm machine guns under the nose. There may be 4 of these machines currently at Hmeimim. As of April 2017, since the start of the operation VKS carried out over 23 thousand combat sorties and 77 thousand airstrikes against the terrorists. According to VKS commander Viktor Bondarev, as of August 2017 the entire army aviation flight staff has rotated through Syria, and some have served two tours already. One shouldn’t forget that apart from the combat aircraft and helos, transport aircraft and helicopters are also playing an important role.

The composition of the force suggests that the mainstay of the air group are its attack helicopters, which means a shift from operational-tactical air support (aimed at HQs, training camps, storage facilities, supply convoys, large troop concentrations) to purely tactical (the support for Syrian forces on the battlefield and the destruction of individual combat vehicles and command and observation points). While the West is mourning the victims of the numerous terrorist attacks in France, Spain, Sweden, and Germany, while threatening to avenge itself on the perpetrators, Syrian forces with VKS support are simply carrying on with their work, destroying the militants in open warfare. 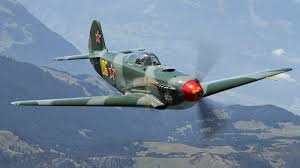 SF, great text.
Question for you – Is Mig-29 in Syria used (various versions).
Thanks in advance

Carrier-based variant was operated from Kuznetsov. 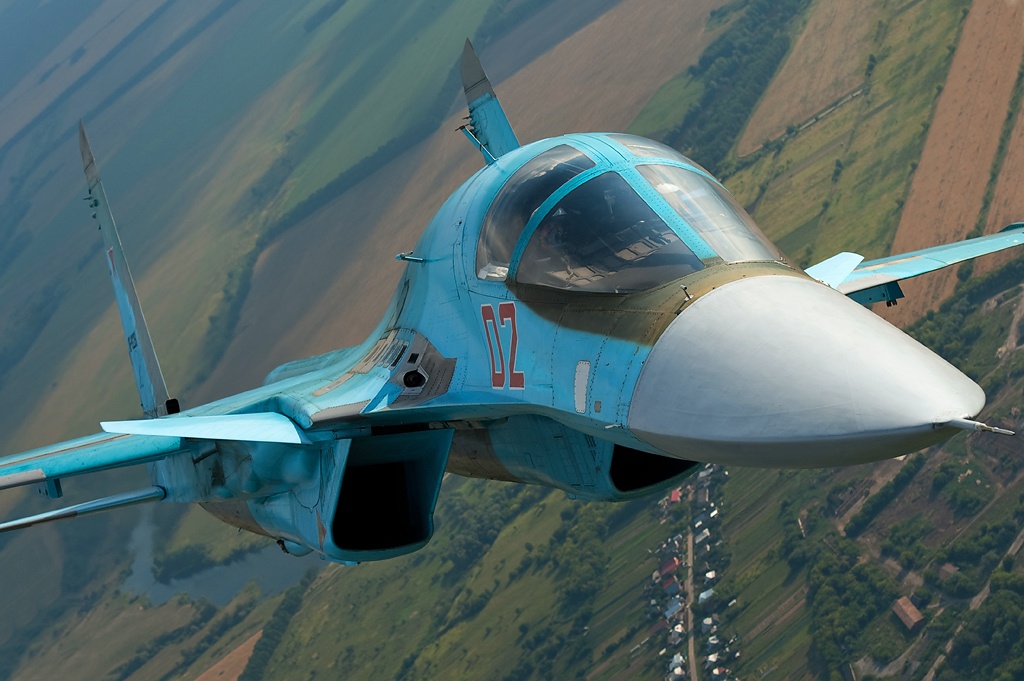 Considering the scale of the operations. 25 jets and 26 helicopters, not counting how many MI-8s are in theater, which the article doesn’t specify. Is probably the bare bones minimum that are deployed. My guess is that the true number of aircraft, considering the current pace and volume of the conflict, is much higher. Even if these are accurate numbers. When you add in Syrian and Iranian aircraft and Russian, Iranian and Syrian drones. There are hundreds of various types of aircraft currently operating in support of Syrian government coalition ground forces. Which is a big reason why they’re are advancing in the manner that they are on all fronts where offensive, and to a much smaller degree, defensive operations are underway. https://www.youtube.com/watch?v=_GEAAl1CIao

I was wondering about the numbers too.
My thoughts were it may be because the Russians have re armed and provided maintenence

for the Syrian airforce getting it back on its feet allowing the Syrians themselves to do much of the heavy lifting, indeeed they outright replaced lost SU-24s with modernised SU-24Ms.
Exceptional stratagy allowing Syria itself to maintain its independence and the highly motivated Syrians to do most of the work with the Russians providing close in support for army units.

Don’t forget that the RuAF is going in with long range missions too, like with the TU-160, which are operating from Russian airbases, as well as the few bigger reconnaissance planes and others. As such the bases in Syria are only required for planes with shorter ranges.

And the bulk of regular operations, which do not require that much coordination, are usually flown by the SyAF itself, it is kept on a very operational level throughout the whole war since Russia kicked in, as Kell already mentioned.

So yes, the numbers seem low, but we have to look at the whole network of aviation, not the bases themselves only. And you are correct with the drones, they are not mentioned at all in the article and many do not even realize how important these are for battlefield reconnaissance.

Nevertheless, all assets together are quickly at their limits, due to the intensity the operations are currently reaching. It is one thing to know about opposing operations, but it is another to have the fighting power around to address it. That is the point when you see some people rambling why Daesh convoys are not being attacked, even if spotted.

In central and eastern Syria, once the enemy moves out of the built up areas into open areas where they can be hit without collateral damage. Many of them are. That suppresses enemy transportation even if some of them get through. The enemy has more vehicles overall than the government coalition has aircraft. But with aircraft destroying weaponized vehicles at a rate of over 100 to 1. The enemy is losing equipment at a much faster rate than the government. And territory is held or lost on the ground where the enemy is suffering attrition at a much higher rate. Which is why they’re losing ground so fast.

Great article! I love Russian hardware!
I like the end part of this information piece!
“While the West is mourning the victims of the numerous terrorist attacks in France, Spain, Sweden, and Germany, while threatening to avenge itself on the perpetrators, Syrian forces with VKS support are simply carrying on with their work, destroying the militants in open warfare.”

Syria is fighting Terrorist and doing the work that we would need to do if they couldn’t!

Assad STAYS! They deserve at least that!
And Israel needs to stop causing trouble!
(and they wonder why the world hates them)

Excellent.
I wonder if Syria will eventually wind up with some of those Frogfoots SU-25 and new Hip-8s?