The Russian Aerospace Forces have supported an offensive of Kurds in Aleppo province. As result, about 100 terrorists of the Islamic State (IS) group have been killed and their military equipment has been destroyed. 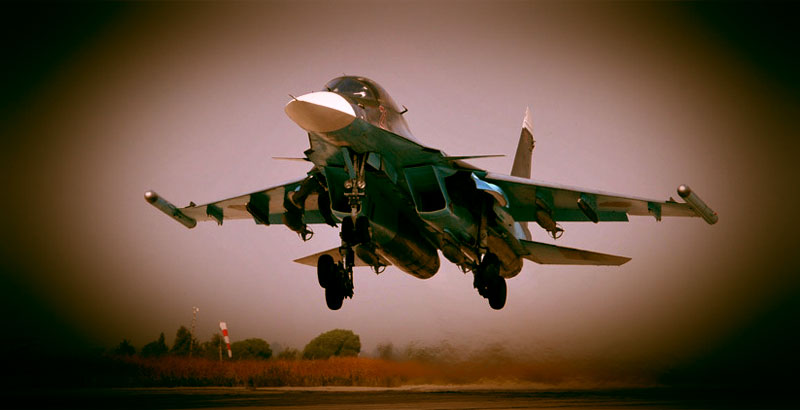 Over the past day, the situation in the city of Aleppo remained tense. The Russian Aerospace Forces supported an offensive of Kurds. As result, about 100 terrorists of the Islamic State (IS) group were killed, and their strongholds and military equipment were destroyed.

According to a military source of the Russkaya Vesna informational website, the main efforts of terrorists from various groups, operating under supervision of commanders of the Jabhat Fateh al-Sham (previously known as the Al-Nusra Front or the Jabhat al-Nusra) terrorist group, were focused on holding positions in the areas of the 1070 Apartment Project, al-Ramusi and Al-Ameria neighborhoods. After redeployment of reinforcements, they were going to launch an offensive on positions of government troops.

However, these plans were thwarted by powerful artillery strikes, after which assault troops of the Syrian Army and the pro-government forces went into a battle.

As result, the government forces moved deeper into the district of Old Ramusa in the eastern part of the city of Aleppo, taking control of a number of office buildings and the territory of a fertilizer plant.

An operation in the direction of Afrin district also was continued. Last night, the Russian Aerospace Forces struck reserves and the front edge of the IS defense line. According to the Syrian Air Force’s Intelligence, 90-100 terrorists were killed and wounded in the area of the localities of Vahshia and al-Hasia, while their strongholds in the village of Hasajek were destroyed.

As a result of the strikes of the Russian Aerospace Forces, 14 pickup trucks of terrorists, equipped with heavy machine guns, as well as five mortar points (about 13 mortars of various calibers) and four firing points, equipped with the ZU-23 anti-aircraft twin-barreled autocannons, were also destroyed.

After successful operations of the Russian Aerospace Forces, the assault forces of Afrin’s Kurds launched an offensive on positions of terrorists in the area of a poultry farm, located near the village of Hasia.

Taking advantage of disorganization of the enemy, its losses in manpower and military hardware, caused by the actions of the Russian Aerospace Forces, troops managed to advance in 500 meters and gain a foothold in the occupied positions.