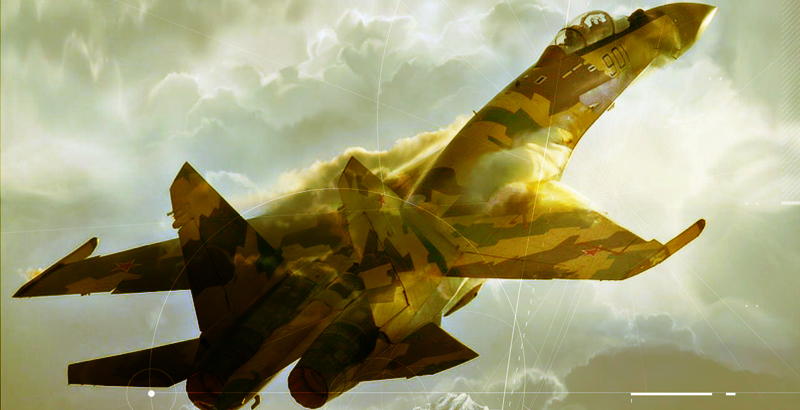 Fresh reports have appeared that the Russian Aerospace Forces conducted heavy air strikes in the area where the Mi-8 helicopter had been shot downed by the Army of Conquest (Jaish al-Fatah). According to pro-jihadists sources, Russian air strikes were targeted the militant-held areas of Abu Dhuhur and Tell Tawkan.

On August 1, the militants shot downed a Russian Mi-8 helicopter that was delivering humanitarian aid to Aleppo city. Photo inside cabin of the downed Mi-8AMTSh.It use to be a transport ambulance helicopter: 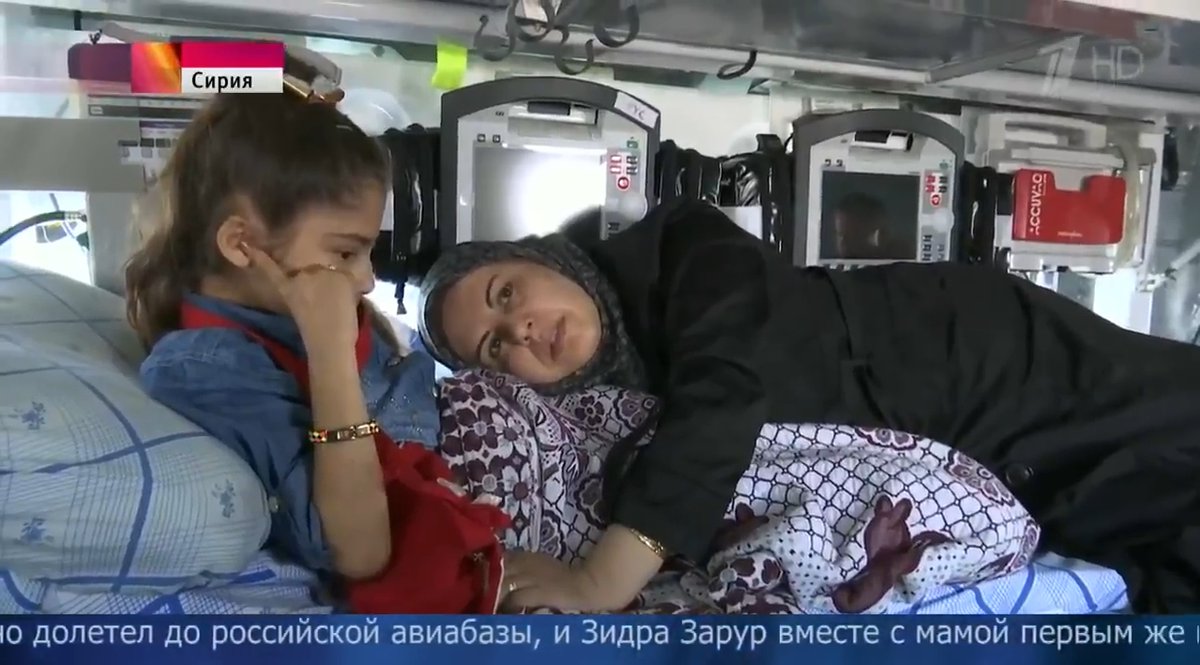 Meanwhile, south of Aleppo City, the Syrian army has succesfully counter-attacked along the road between Hakima School and the 1070 Apartment Project. The counter-attack was supported by massive air raids of the Russian Aerospace Forces and the Syrian Arab Air Force.

The ANNA News video (above) depicts Syrian army units inside the 1070 Apartment Project that are saving civilians and preparing to develop the counter-attack in order to reverse the gains of the joint jihadi forces. The ANNA News journalist said that up to 5000 militants oppose the Syrian army in the area. According to him, the Syrian government deployed enough troops and military equipment for the successfull operation. 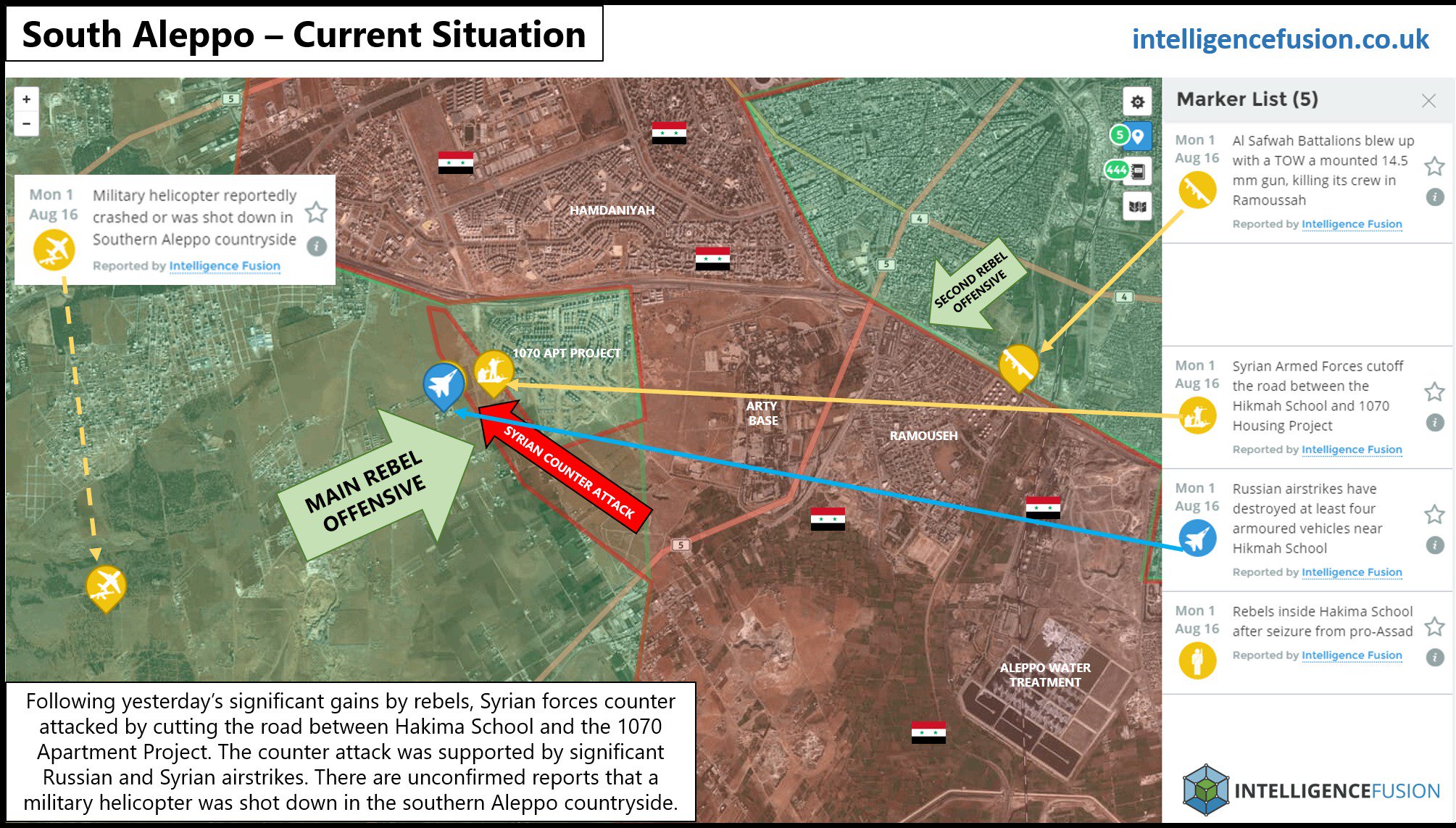 Pound them to hell

Cut off the jihadi advance guard and have another western encirclement. It would be easy to carpet bomb the jihadi infested area, however, the apartment project might be inhabited by cilivians. The jihadis try to use civilians as a cover for their protection from deadly reprisals, however, trapping the advance guard and cutting its communications and supply lines from the main attacking body would be easiest on civilians.

Russia you have this American as your supporter! God bless you. https://www.facebook.com/groups/PutinObamaRussianDebate/

This is the only way terrorists will never execute innocent people in Syria again by let them see the repercussions of kill innocent people. Now you have been encircled and there no way to go,either you need to surrender now and save your life or will be killed by SAA.