On December 19, the Russian Aerospace Forces continued to pound ISIS terrorists near the Syrian ancient city of Palmyra. The majority of airstrikes were delivered along the Palmyra-Tyas road and southeast of the Tyas Airbase controlled by government forces.

Last weekend, the Syrian army, the National Defense Forces and Hezbollah pushed ISIS units from the areas southwest of the Tyas Airbase and secured the Tyas-Qaryatayn road. This move allowed government troops to repel the threat of encirclement of the Tyas Airbase by ISIS forces. 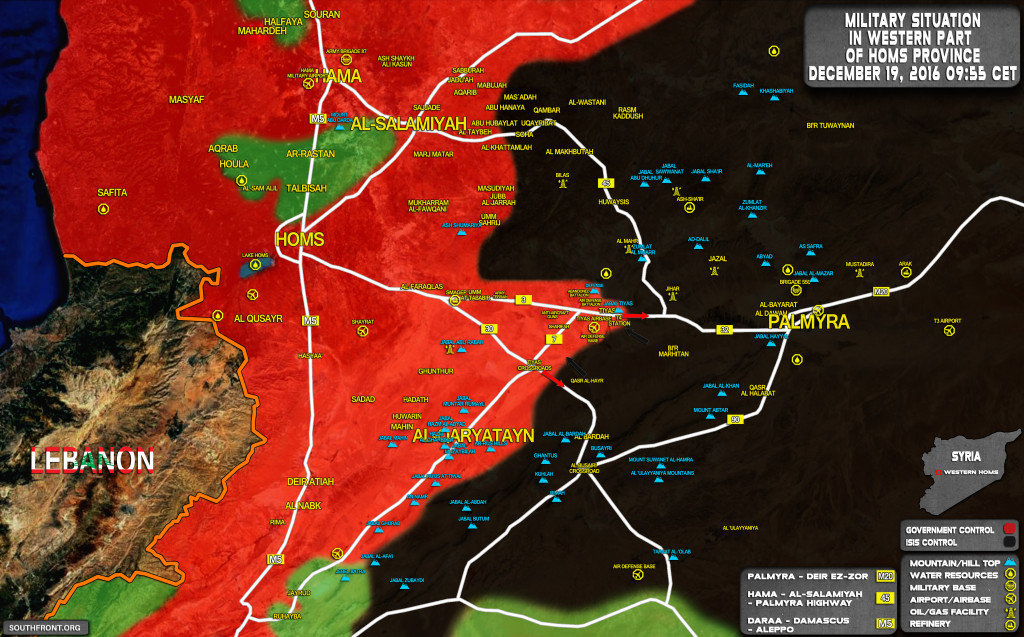 Ummmm …. where are these 2 areas on the map please? Maybe you mean bardah not baydah??