Over 2,300 facilities of the Islamic State terrorist group were destroyed by the Russian Aerospace Forces during a month. 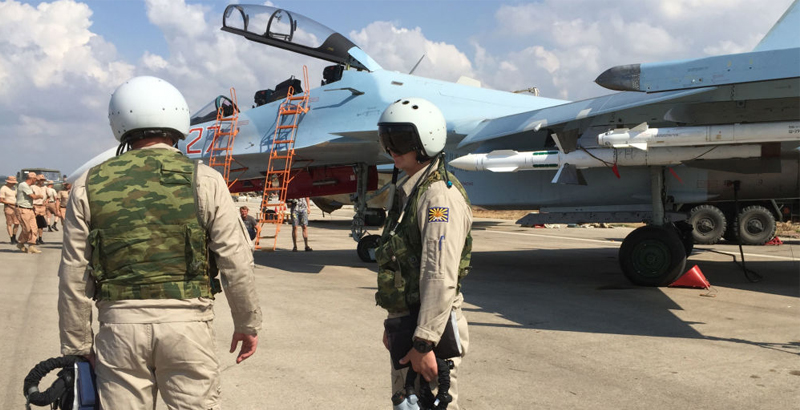 During a month, the Syrian Army liberated 52 populated localities and cleared 1,702 square kilometers of the country’s territory from terrorists. This became possible thanks to active actions of the Russian combat aviation, chief of the Main Operations Directorate of the General Staff of the Russian Armed Forces, Colonel General Sergei Rudskoy, said.

“The Russian Aerospace Forces performed 991 sorties, destroying 2,306 facilities of Daesh [the Islamic State (IS) terrorist group]. The airstrikes were carried out on command points, depots of arms and ammunition, destruction of which plays an important role in defeating of militants. On February 28, at 1:21 pm, a headquarters of one of the armed gangs of the Jabhat al Nusra group [currently known as Jabhat Fateh al-Sham] was destroyed by two KAB-500 guided aerial bombs. Sixty seven terrorists, including 19 warlords from the North Caucasus and Central Asia, were eliminated. Other 104 militants were wounded,” the general said.

The Russian air power and the special operations forces made a decisive contribution to the defeat of terrorist groups in the area of Palmyra, where militants lost more than a thousand of people, 19 tanks, 37 armored vehicles, 98 pickup trucks with heavy weapons and over 100 vehicles.

“Not only aircraft, but also the Ka-52 attack helicopters, which had demonstrated high efficiency in the mountain wilderness, were used against the militants,” Rudskoy noted.

The Syrian Army successfully advances towards al-Bab, where the Russian Aerospace Forces destroyed 278 facilities of the IS: warehouses, strong points and gatherings of armored vehicles.

Great that Jihadist are still infighting in Idlib. Forces can concentrate on taking out ISUS. They are bleeding bad with few replacements of men and material. Good news: The Caliphate is dying! :)

I’d be prudent. Still it’s not clear the “Al-Baghdadi” video about ISIS losing and the call for retreat.