The Russian Aerospace Forces had destroyed three training camps run by militants in the Syrian region of Greater Idlib, RusVesna.SU revealed on September 29.

According to the Russian outlet, the three camps were targeted as follows: 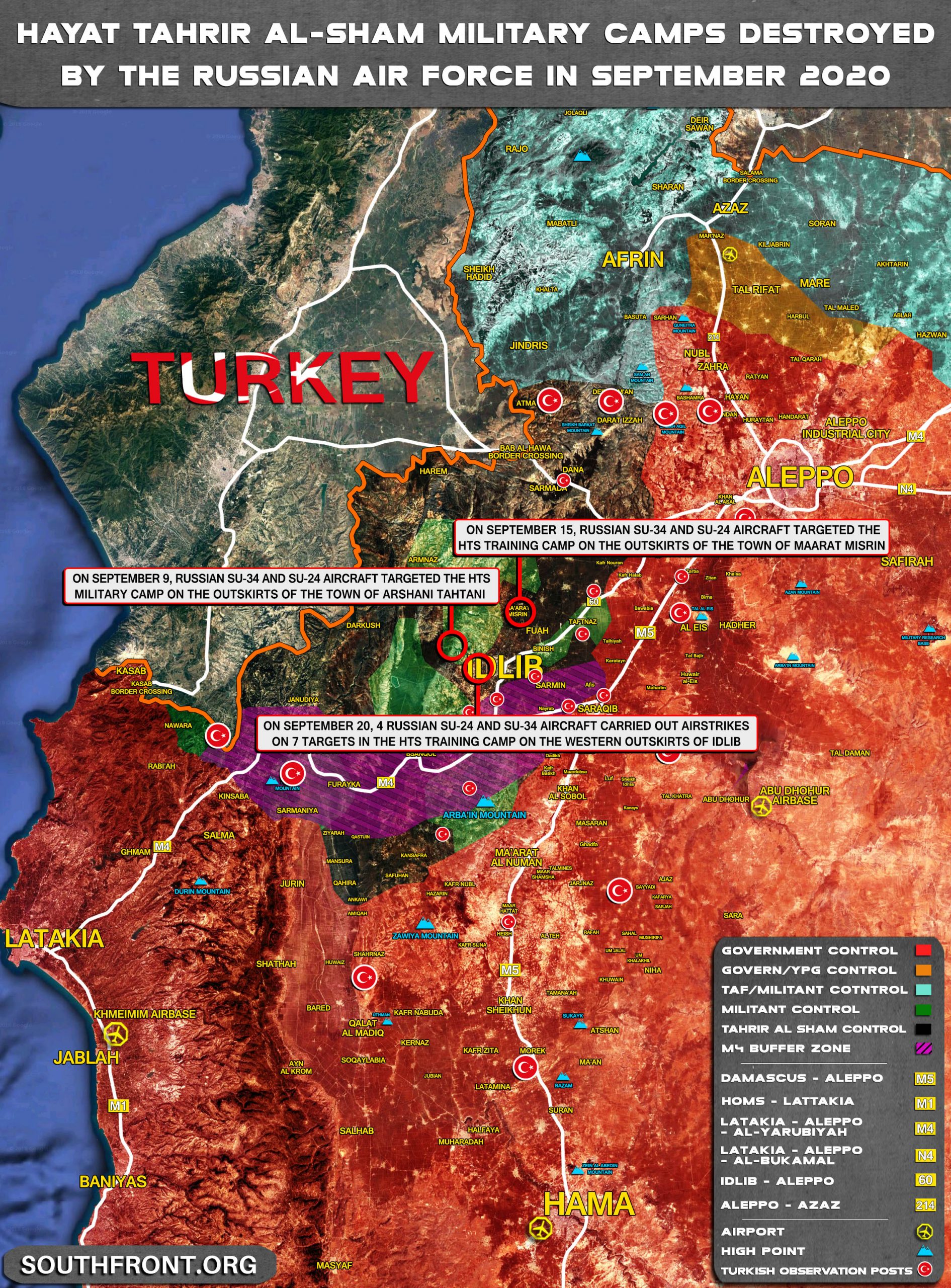 The recent Russian airstrikes on Grater Idlib were likely a response to the militants’ repeated violations of the  ceasefire agreement signed between Russia and Turkey on March 5.

Not only Greater Idlib militants are violating the ceasefire, but also taking advantage of it to rebuild their forces. Turkey, which maintains a large force in the regions, is doing nothing to stop these violations.

Its still payback time…? Never forget, never forgive… Hope it was worth it Pimpeo…

FatFu*k Pompeo is just one in a long line of criminals who need to be arrested, tried and hung for treason as well as fleecing the taxpayers while lying to the American population for so long.

Probatly its not You money. He seemes being chosen to spend thosen money. You dont.

I dont like 90% of the Pompeo versions … Maybee he dont know what lying is:(

Condolences to the fallen CIAisis and wahabimossad operators. May they rest in pieces…

These are old news. But nice.

Good news, bomb the Turk terrorists while their Sultan is busy cheerleading for war in NK.

So, SAA not allowed to advance and Russia is consoling them at least with some progress.

The Syrian government need to lunch an offensive in iblib, the Turkish government is busy in Azerbaijan and Libya and in the sea near Greece.