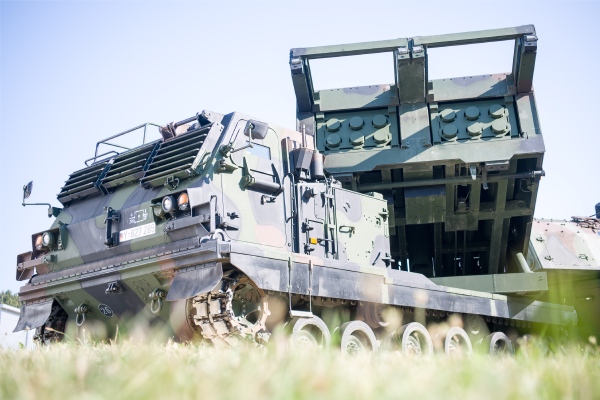 “As a result of strikes by high-precision weapons of the Russian Aerospace Forces, five American-made MLRS and German-made MARS II rocket launchers were destroyed in the areas of the communities of Shevchenkovskoye and Grigorovskoye in the Zaporozhye Region,” the spokesman said.

The MARS II is the German copy of the MLRS system. The United Kingdom, Norway, France and Germany supplied at least 16 MLRS and MARS II launchers to Kiev forces after the start of the Russian special military operation in Ukraine. The first system was delivered in mid-July.

Each MLRS or MARS II launcher can be armed with up to 12 M30/M31 series GMLRS GPS-guided rockets, which have a range of more than 70 kilometers, in two separate pods.

The Russian military has been working to locate and destroy Ukraine’s MLRS and MARS II rocket launchers. Just a day earlier, the Russian MoD said that two MLRS launchers were destroyed in a precision strike that targeted the ArcelorMittal plant in the Krivoi Rog region.

The Russian MoD says that some 920 multiple rocket launchers of Kiev forces have been destroyed since the start of the special military operation in Ukraine.

Advanced rocket and artillery systems recently provided by the NATO gave a real boost to Kiev forces. Nevertheless, the Russian military continues to dominates the battlefield with its sheer fire power.

So five months after NATO supplied Ukraine with the MLRS systems the Pathetic Russians only managed to knock out five of them! If the Incompetent Russians had any common sense they would have destroyed the Weapon Systems before entering Ukraine! But you know why they don’t

Because frankly they are shit scared of entering into a Full Blown War with NATO, Putin the Human Cockroach knows that his incompetent Military can’t even defeat Ukraine let alone the United- States and its Allies! Russia is the new joke of the World just like how France used to be!

Tim
Reply to  Ghost of Moscow

Please don’t take it out on Russia just because you caught your boyfriend with another man. He’ll come back to you once he’s sobered up.

Ultrafart the Brave
Reply to  Tim

Isn’t that why he left?

Great job russkies how many só far? 100? Anyone keeping.count?

Someone should steal such a rocket launcher and use the next WEF conference as target.

Why steal when the Ukrainians will sell them to you cheap?

Congratulation! There’s nothing like costing the Enemy money! Soon the Yankee tax payers will realize the hosing they’ve been getting and turn on their sleazy thieving leaders and down they’ll go like He was not for us Boris and all those EU shitbags that are klinging by their finger nails.