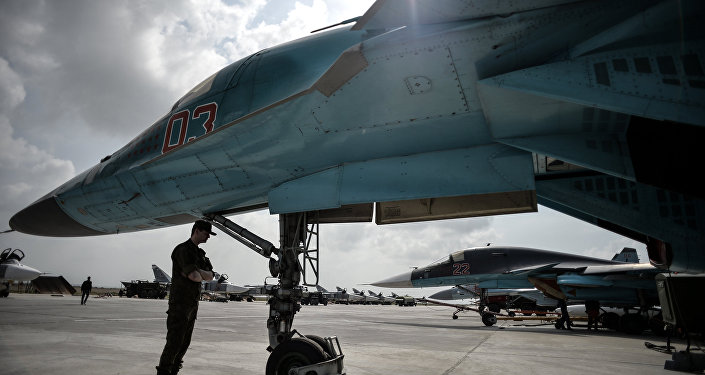 Su-34s of the Russian Aerospace Forces struck an oil refinery, situated on ISIS-controlled territory near the village of Ras al-Ain, in the al-Hasakah province. The strikes caused a large fire to break out in the factory.

Russian warplanes have also destroyed a military camp of Harakat Ahrar Al-Sham near the village of Horsh Tal Touna in rural Idlib and ISIS’ training camp in the Al-‘Arfi District of the Deir Ezzor city.

We remember, Russia’s Foreign Minister Sergei Lavrov said Tuesday that the timeline of not delivering airstrikes against armed groups that have not joined the cessation of hostilities in Syria will run out this week.