The Russian Aerospace Forces have conducted over 290 combat sorties and destoryed over 730 terrorist targets across Syria over the last week, according to an infographics released by the Russian Defense Ministry.

Meanwhile, Russian reconnaissance UAVs have conducted over 120 sorties and detected over 160 terrorist targets.

Earlier this week, the Syrian Arab Army and its allies made notable gains against ISIS terrorists in the province of Homs, liberating large areas from the terrorist group. The Russian military assistance played an important role in this advance.

290 sorties in one week involving an air wing of 35-40 aircraft of various types is strong indicator of Russian aircraft being reliable, rugged and effective in accomplishing their missions.
I am sure, many aircraft flew several several sorties each, every day. SUK 25, 30 and 34 are defining their capabilities and effectiveness in fighting an efficient war.

Jesus, for the first time in history u talk some sense ?

For the first time in history? Maybe you have not understood my point of view in the past.
If you agree with what I said in the above post, you should agree with everything else I said on the subject matter.

Well, you did lie about being son of God & stuff ;)

You are a devil child

This explains it all!
I always figured you to be more tree like than human :p
This is a pix of you relaxing in front of the TV: 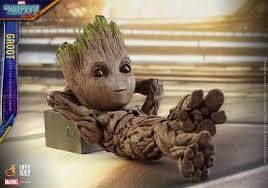 one thing is good with you. you understand joke and humor :)

Jesus Christ was/is the son of God. Those that follow Him do not lie.

Thou shalt not upvote your own comment, or you will end up as a virgin in hell (or as terrorists call it, heaven).

I upvote with whatever I agree. You do not have to upvote anything you do not agree with with.

You agree with the things that you write, just like everyone else (except maybe people with schizophrenia).

So would you define this as a Jesus miracle?

well the bombs did come from above ?

After 40,000+++ Air Bombing – Air Strikes – Sorties by the Russian Air Force in Syria, IS are still running loose all over Syria.

ISIS Is getting anihhilated in Syria, by Russian, SAA and allies and a small Russian air contingent of fighter bombers and helicopters.
Tens of thousands of jihadis and tens of thousands of ISIS have been killed so far since tne Russian intervention. ISIS’s days in Homs and Hama are numbered to a few weeks, then ISIS in the Eufrates valley will taste the same type of defeat in a short period of time.

There there so many jihadist corpses that they had to send Michael Moore to take care of the problem! -)

Jesus
“…ISIS Is getting anihhilated in Syria, by Russian,…”

You are living in a Putin inspired fantasy.

Pick any one of the below and answer in detail.

Question:
Why is Russia refusing to help fight Terrorists in the following places:

I agree! Reliability is something from the old Soviet doctrine!
The Soviet Union did not adhere to the “planned obsolescence” that capitalistic nations required to keep the economy going! If the Soviets made a fridge or a light bulb, it was in their interests that it lasted as long as possible! Where as in places like America, it was better if these items died or became faulty earlier so that the customer had to buy another and thus keep the economy rolling!

The Russian’s make their shit last!
Their runways at their airbases are full of long weeds between the cracks and yet this is not a problem! They do not need to have airmen walk down the runway to pick up every little bit of debris in order to function! Their engines are built tough as well as their aircraft!

Won’t choose an AK will take a C8A3 and a Timberwolf !

Vlad is the man with the plan: Russia and China have now dedicated themslevs to dilluting the strgnale hold of USA hegemonic fangs worldwide! Go Russia go;

Cheryl Brandon
Vlad is more mouse with a plan.

If Vlad is a mouse, that who do you think you are?

Facts:
Putin is a both a mouse and slave of the Khazars.

Moshe Vyacheslav Kantor in a meeting with Vladimir Putin, the Russian President said of these people:

“They should come here, to Russia. We are ready to accept them.”

Putin’s army of Khazar Billionaires who started with nothing and corruptly acquired Russian State assets now own large part of the Russian economy.

Regarding corruption this is the reality for Russia since 1917:

3. 1992 – 2005 Russian Federation, pending its breakup, looted and plundered by the Khazars approved by Yeltsin

4. 2005 – 2017 Russian Federation, pending its breakup by the Khazars, still looted and plundered by the Khazars approved by Putin

Loved that infographics :) I could actually see what my MOD were up to last week. They were really busy sending headchoppers up and flying in pieces. They were also busy at home training – 45% at night time, thats impressive. They even worked hard cleaning Arctica from all that human activity waist that was collecting there for decades…
Good job, keep it up :)

you are an englishman

you wrote this. twice.

why link? you wrote me, you are not russian, but englishman. of course, you can check your answers to me. and also for another guy you wrote the same.

Solomosha, you lie as you do 90% of your posts here. You know that we know that you lie :)

you lied several times. and you are wrong liar. you do not remember your lies :)

Solomosha, “Ehy link”? Because when you accuse someone, be ready to prove it. If you can’t than it proves that you lied… again.

After 40,000+++ Air Bombing – Air Strikes – Sorties by the Russian Air Force in Syria, IS are still running loose all over Syria.

There is a good reason why Netanyahu and Putin consider themselves to best friends because Putin is dishonest and a slave of Israel.

Putin – Russia are also bleeding Iran dry of hard US$s for every piece of military equipment supplied to defend Syria.

More: “IS are still running loose all over Syria.”
Oh really? The maps show that they are just running away!
GOOD NEWS
https://en.wikipedia.org/wiki/Template:Syrian_Civil_War_detailed_map

PZIVJ
“…maps show that they are just running away! …”

If so why has this article been written?

“…Meanwhile, Russian reconnaissance UAVs have conducted over 120 sorties and detected over 160 terrorist targets….”

Wake up from your heavy Putin inspired vodka breakfast and face reality.

There is a good reason why Netanyahu and Putin consider themselves to be best friends because Putin is dishonest and a slave of Israel.

And we all hope that the next week double this number, that is what Syria needs.