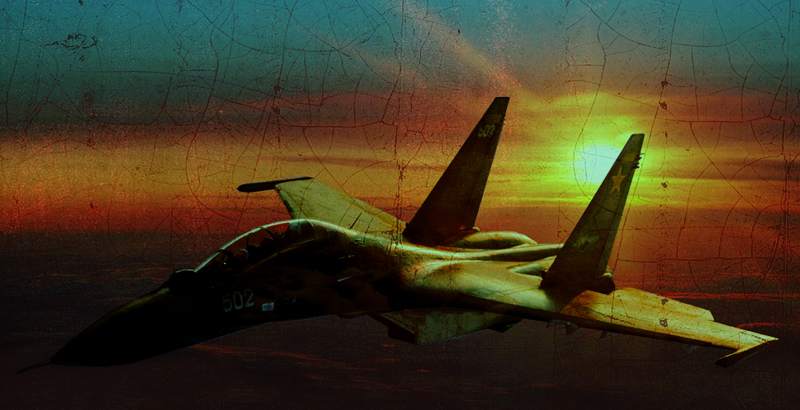 The Russian Aerospace Forces have made at least 115 air strikes on terrorist targets in southwestern Aleppo since September 4.

Russian warplanes made 75 air strikes, with special attention to terrorist targets in the area of Ramouseh Artillery Base, on September 4. According to local sources, on September 5, Russian fighter jets delivered some 30 air strikes supporting the pro-government forces’ advances.

Pro-government sources say that the total death toll as result of the Russian airstrikes is about 100. Separately, there are reports that some 75 Al Nusra terrorist were killed in the recent clashes.

The numbers cannot be confirmed, independently. However, if this is the truth, Al Nusra and its allies lost about 175 fghiters during last 2 days of heavy clashes in southwestern Aleppo.

Very rightly we should not identify Al Nusra with other pseudo names that is their effort to re-brand them selves. Its ironical that western governments and media want to believe these head chopper scum when they say that they have separated from Al Qaeda but dont believe a legitimately elected government in syria.

Indeed. It only confuses the issue. People cannot even keep up with this this toxic alphabet soup of Sunni Jihadists. In the west they just call all of the ‘moderate rebels’.

I wish that there was just one common name for all of the Al Nusra, and Jaysh Al Sham, … groups to make it easier for the imbeciles in the west to finally catch on to the truth of the situation. I have tried just calling them ‘Islamic Front’ or ‘Army of Islam’, but there is no standard.

All these terrorist scum, no matter their names or sponsors must be eliminated.