A series of airstrikes has been carried out on terrorists’ positions in Hama and Idlib provinces by the Russian Aerospace Forces. As result, terrorists suffered heavy losses. 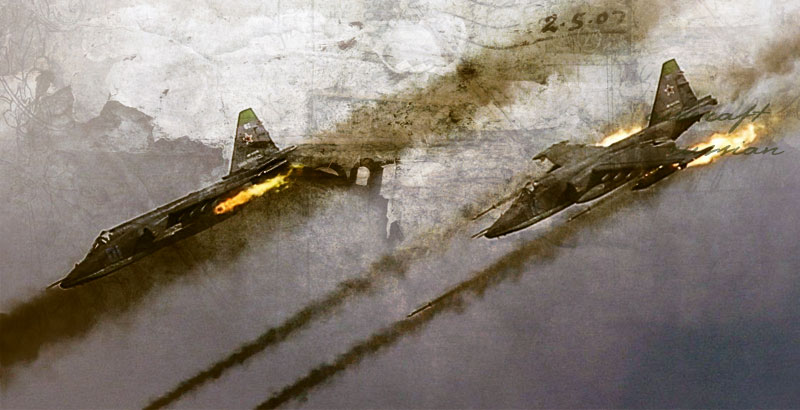 The Russian Aerospace Forces have carried out precision airstrikes on facilities and positions of terrorists in the provinces of Hama and Idlib, inflicting heavy losses on terrorist groups, the Russkaya Vesna information website reported, citing its own military source.

According to the source, twelve terrorists of the Ahrar al-Sham terrorist group, nine terrorists of the Jabhat al-Nusra and five members of the Islam al-Turkistani were killed by an airstrike on a building of the Sharia court in the area of the town of Serakab, located 15 kilometers south-east of Idlib.

About 30 terrorists of the Jabhat Fateh al-Sham were killed and more than 50 others were wounded by another airstrike, carried out by the Russian Aerospace Forces to the north of Serakab.

Meanwhile, after a series of successful actions of the Russian Aerospace Forces in eastern Aleppo, panic has started among battlefield commanders of the Jabhat Fateh al-Sham.

The source noted that facts of recusancy have been noted in the southern part of the blocked city of Aleppo. Leaders of the terrorist group refused to attack position of the Syrian Arab Army in the area of the 1070 Apartment Project.